Harnessing energy from the sun and wind or producing Bio-fuel energy is common knowledge now. Harvesting energy from hurricanes is an idea which some researchers are working on. As of now, hurricanes spell nothing but destruction on a massive level. Tornadoes are huge storehouses of energy, but till now this energy has not been harnessed. A typical cyclone may release about 600 terawatts energy, with usable wind energy being approx 1.5 terawatts out of that. But is it possible to harness energy from tornado? Let’s take a look:

Is it possible to harness energy from tornado 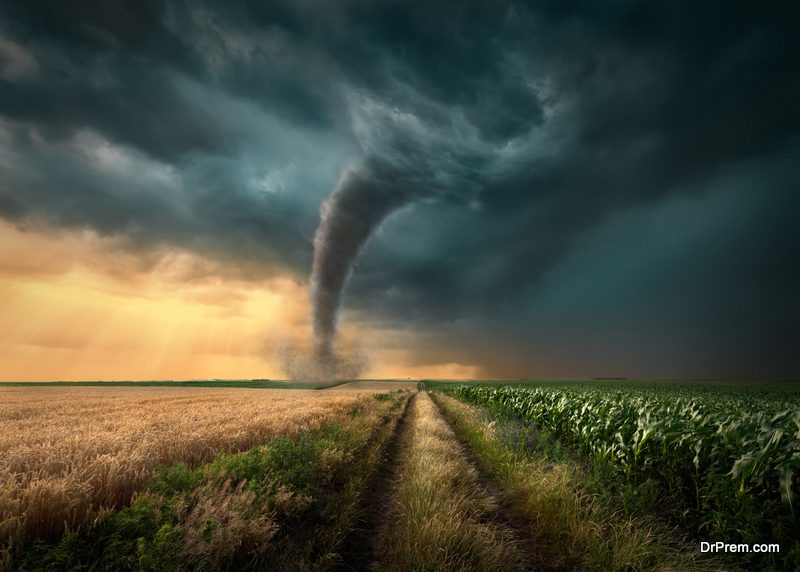 Harnessing electricity from hurricane sounds virtually impossible. It’s a concept which might work for the benefit of mankind. The challenges are obvious – how can you possibly track a  force which hardly ever strikes the same area twice, and it seems foolish to establish a portable wind farm following the path of tornadoes. But that’s not what scientists are planning. Most of the research is focusing on ways to harness 24×7 wind energy which will withstand tornadoes and benefit from the increased power of tornadoes.

Challenergy is a Japanese start up which has built a ‘egg beater’ type of wind turbine. Vertical blades are sandwiched between lower and upper platforms, which are designed to withstand the devastating typhoons which hit Japan. The system is unidirectional, and can be tightened in order to regulate the turn rate of the turbine. This could be one of the latest green innovations,

which can help turbines produce much more energy in the future.

Challenergy installed the first prototype in 2016 in Okinawa. The turbines are said to be able to capture energy from rotating lift forces of the strong winds, called Magnus forces. But according to the website, Challenergy does not yet have the estimate for power generation. Time will tell whether Challenergy’s effort to harness energy from tornado will be successful or not. 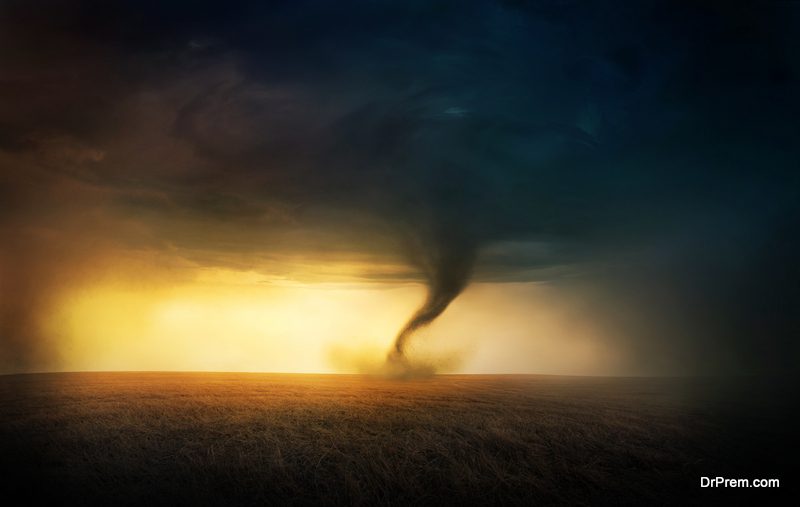 The Aerodynamic Mitigation and Power System or AMPS is the brainchild of Arindam Gan Chowdhury of the Hurricane Research Center, Florida International University. The AMPS system creates an artificial tornado which is used to mitigate the wind impact of typhoons/hurricanes on buildings. It’s a ‘Wall of Wind’, comprising of 12 fans, each of which is powered by a motor of 700 watt horsepower. The AMPS system can generate artificial tornado which has the strength of Category 5 typhoon. Till now, the focus was on the protection of buildings, but now the research is also exploring the possibilities of power generation, or rather how to harness energy from tornado, while simultaneously disrupting hurricane winds.

Chowdhury devised the AMPS system with Andres Tremante, a mechanical engineer at FIU. The system is ingenious, as the turbines interrupt the powerful wind vortexes when they hit a building and travel along the roofline. These vortexes cause roof damage, ripping tiles and shingles away, and causing the flooding of buildings. When the tornado is an extremely powerful one, it sucks roofs right off the buildings, due to the sharp upward lift created along the structure.

According to Chowdhury, their effort is not to tame hurricanes but to reduce wind effect on buildings. While doing this, the researchers went a step further and create a dynamic system which can break the hurricane and generate electricity from hurricane, turning a catastrophic natural disaster into a friend of humanity. This latest green innovation can be used to power a home for quite a few days, apart from saving the building.

Many large roofing companies are interested in commercializing the AMPS system, and the researchers are collaborating with architects to create an aesthetically pleasing design which would attract homeowners to install it on their roofs.

Findings of the Ocean Power Technologies

Ocean Power Technologies’s PB3 PowerBuoys are capable of generating power continuously which can be stored in batteries. The amount of energy generated is from 44 – 150 Kilowatt hours. During calm periods, it’s enough energy to provide electricity to whatever it is connected to.

When Hurricane Irene struck America, the company kept the 10,000 ton buoy located off New Jersey coast. The company found that the buoy operated normally during the Hurricane Irene and kept generating power. In fact, the electricity generated during the tornado was a big surge, much higher than what is normally produced. So maybe in the future, when the technology has matured further, it could be possible to harness energy from tornado. 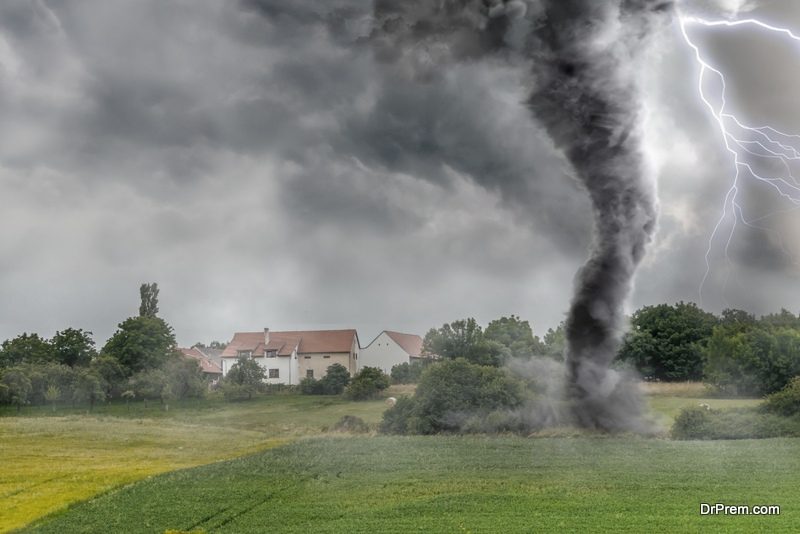 In order to harness energy from tornado, we need to understand how it is formed and how it works. Tornadoes form when the air closest to the surface of the earth is 20 degrees hotter than the gorund. Ground air then rises so fast that it spins consistently and vigorously, forming a vortex.

Louis Michaud is an ex-ExxonMobil engineer and a 72 years old grandfather. He spends his retirement time manufacturing artificial tornadoes. He believes these tornadoes will someday power the world. He has created a prototype of his ‘vortex engine’ out of plywood. The contraption is just 4 ft wide and 2 ft tall and is great at whipping up mini tornadoes. But obviously, these tiny vortexes cannot generate electricity, and are not up to harness energy from tornado.

Michaud thinks that his vortexes can do a great job, if they are scaled up and placed in a controlled atmosphere. By his estimate, a system like this could generate 3,000 times of the electricity generated worldwide. The idea has caught the eye of Breakout Labs which funds innovative ventures. Michaud built his first Atmospheric Vortex Engine (AVE), which produces the mini torpedoes in the year 2005.

Though Michaud’s plan to generate electricity from artificial tornadoes seems doable, some experts are in doubt about the ability of human to keep in control artificial tornadoes. If these massive tornadoes go out of control, they will do more harm than good, and the plan to harness energy from tornado will be an unmitigated disaster.

Researchers are trying different types of methods to capture the inherent power of tornadoes to harness the immense power packed in them. The main drawback is the unpredictability of hurricanes which makes it difficult to set up permanent facilities to capture tornadoes’ energy.