The rising number of cars in the cities has caused emissions to rise. The smoke from the factories, gases emitted by landfills, even livestock release dangerous gases into the air. Sometimes, the gas particles get converted into the dangerous ozone. It is well-known that this air pollution is harmful for the body. But now, it has been found in a study that pollution might have a deeper impact. It can affect the brain too. So does air pollution make you dumber? Find out.

Does air pollution make you dumber? 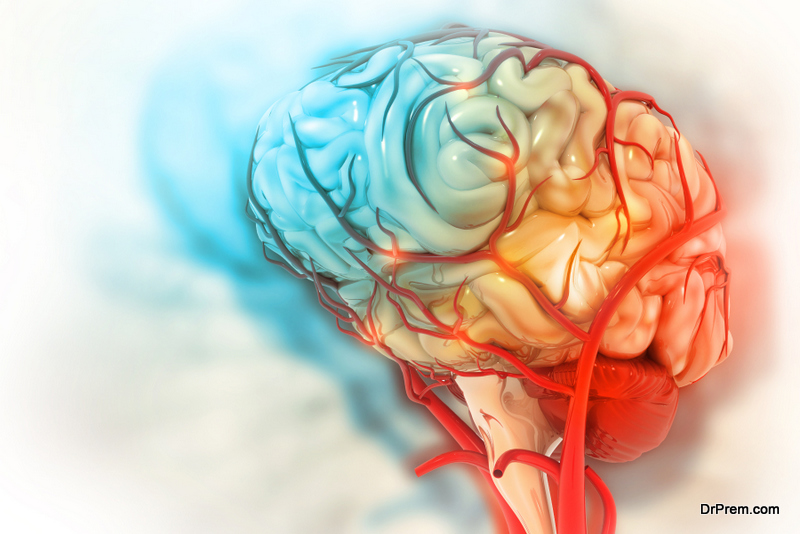 Air pollution is bad for health, we already know that. Till now, we had been considering the harm to lungs and that it causes respiratory tract diseases. Now, a study published recently in the journal ‘Proceedings of the National Academy of Sciences’, has revealed that pollution affects the brain.

Air pollution and IQ is related according to this study. Anyone who is exposed to pollution chronically might have detrimental effects on the cognitive effects. Throughout life, if one is exposed to smog, dust, and greenhouse gases, then it might lead to Alzheimer’s and dementia, and other degenerative diseases later on in life.

What does the study say?

The study showed that exposure to polluted air harms children, causing damage to developing bodies as well as brains. This was the first time when a study revealed that the damage due to air pollution does not decrease with time, but actually increases with time, and gets worse. Surprisingly, the effect was found to be highest in the men who had less education.

The authors of the study noted that the brain illnesses which occur at an older age will be more prevalent and would be more expensive and complicate looking after seniors.

The IFPRI (International Food Policy Research Institute) researchers examined data collected from China Family Panel Studies which mapped cognitive test scores of almost 32,000 people over 10 years of age between 2010 and 2014, against the exposure to short term and long term air pollution. The effect of air pollution on cognitive performance was studied properly using the official air quality data in 162 counties of China.

Results of the IFPRI study 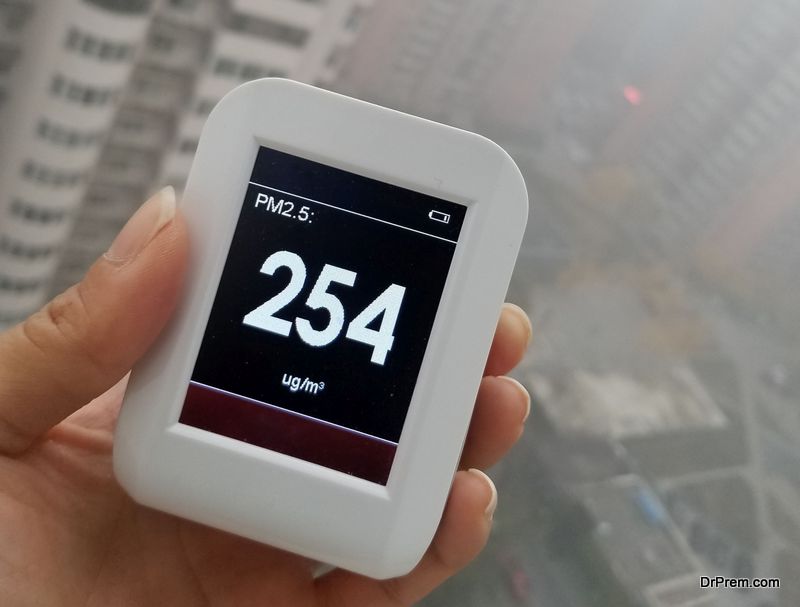 The team discovered that the math and verbal scores declined with increasing exposure to pollution, and the decline was more pronounced in elderly, less educated men. Hot summer days showed the worst results in tests. This might hamper them from making positive decisions in day to day life or for their finances. On the whole, it was found that air pollution took a bigger toll on verbal scores rather than maths, and men were most affected than women. This was probably because women’s brains are better developed than men in that area.

The findings of the study are particularly relevant to the developing nations where the smog filled cities might be hampering the cognitive processes of people.  Both urban and rural dwellers are exposed to dirty air which causes numerous problems. The poor are the people who are affected most, as the rich can afford to take measures to protect themselves from pollution.

As air pollution and IQ seems to be closely linked, if we do not want to lose our cognitive abilities or become ‘dumber’ as we age, then we have to cooperate in bringing down air pollution. For example, emissions due to road traffic are perhaps the biggest contributor to polluting air. Governments have to remove the polluting vehicles from the road, improve public transport infrastructure and encourage walking and cycling to reduce the levels of particulate matter and harmful gases.

Chemical pesticide use and effluents from factories need to be checked and the industrial wastage has to be monitored stringently to reduce the chances of losing our intelligence to air pollution.

Increase in depression and suicide rates linked to air pollution

People who live in areas of high air pollution have also been found to have higher rates of suicide and depression, as has been found in a systematic review of the global data.

The report found that decreasing the pollution levels to the EU permissible limit could prevent millions of people worldwide from being depressed. Toxic air is therefore not only linked to the negative effect of air pollution on cognitive performance, but also to depression. Particulates in dirty air might be damaging all the organs in the body. Cleaning up air which we breathe is therefore imperative, as it can save 15% of global depression. Currently, according to WHO, more than 264 million people suffer from depression.

Fine particulates from polluted air can reach the brain through the nose and bloodstream, which has been linked to brain inflammation, nerve cell damage, change in stress hormones’ production, reduction in cognitive development/abilities and causing other mental health conditions.

What you can do to protect yourself from air pollution

To protect yourself and your loved ones from the effect of air pollution on cognitive performance,  you can do certain things to reduce the air pollution in your indoor and outdoor environment. 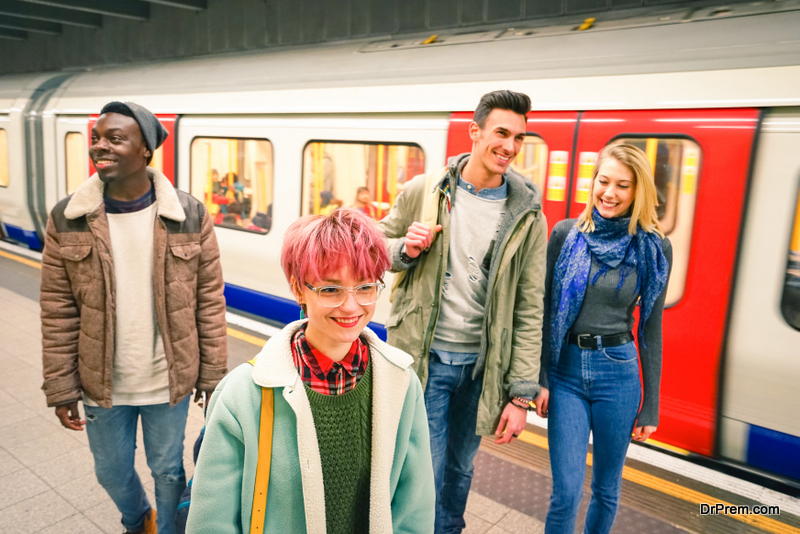 The air in the cities is polluted to the large number of vehicles on the road, including cars and bikes which we use as transport. Reducing the number of these vehicles can reduce emissions, leading to cleaner air. You could walk, cycle, carpool and use public transport to reduce emissions due to transport.

Do not go for walks in high smog levels

Exercise is good for health, but when pollution levels are high, then breathing in the toxic air is actually harmful for health. Do not engage in any outdoor activity in the morning, till the air quality becomes better. These activities can be done in the evening if you wish, when the smog levels are down. 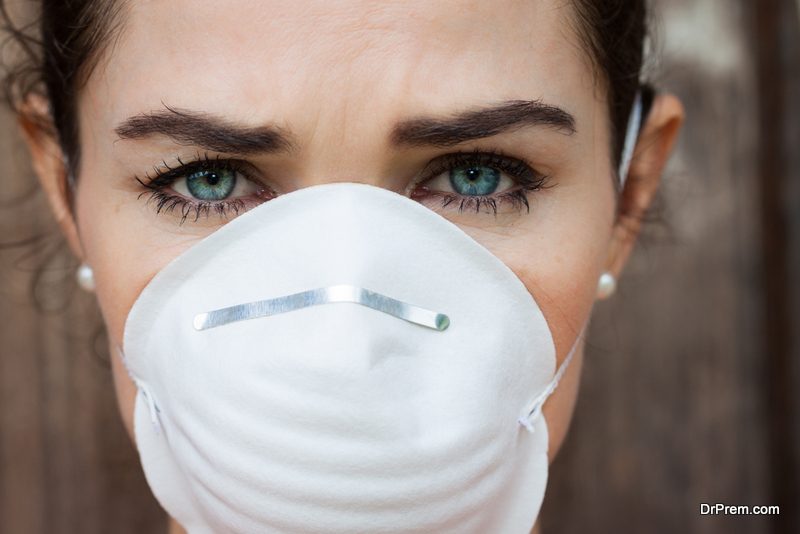 To protect yourself from air pollution, you should wear masks which will keep you safe from breathing in the fine particulates.  Buy good quality masks, as they will filter better. There are three types of masks – P rated, N rated and R rated. N rated masks do not save from oil based pollutants, but the N 95, 99 and N 100, masks can filter up to 95%, 99% and 100% PM 2.5 matter. The P rated masks are also available in 95%, 99% and 100% varieties.

Even indoor air is of poor quality, due to several factors. Polluted outside air does get into your home from open doors and windows, and gases such as VOCs are emitted by various items in the home. To protect yourself from air pollution, you could invest in an air purifier. There are different types of indoor air purifiers – gaseous and mechanical phase. The mechanical phase purifiers pushes out particulate matter, and gas phase one are effective against gases only. UV based purifiers are not effective against particulates. 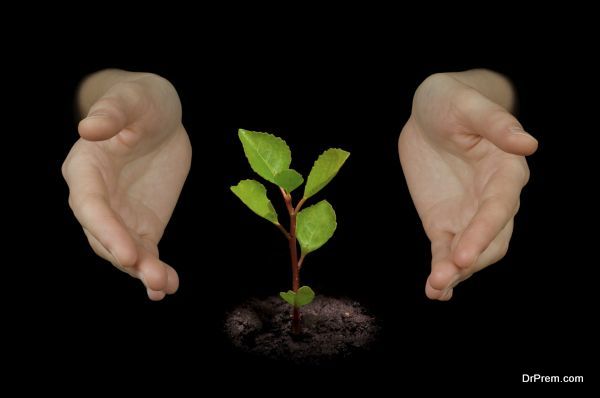 Though it was a given, and we knew already that forests and green cover save from pollution, it has now been proven in several studies that pollution levels are down in areas where there are many trees. One single tree can store up to 13 pounds or 6 kgs of carbon every year and as they release oxygen, they have a big hand in improving air quality. Growing indoor plants and having a few shrubs, flowers and plants in your garden, balcony garden or rooftop garden can help to improve the air quality in your surroundings naturally.

Experts say that you can combat air pollution with food. The toxic gases and particulate matter creates free radicals in the body which causes inflammation. Eating lot of anti-oxidant rich foods and anti-inflammatory foods would help the body to fight the free radicals. Adding foods such as fish, fish oil, olives, citrus fruits, sprouts, avocados and leafy vegetables will help to combat air pollution and improve cognitive ability, meaning that you have a better chance not to be dumber as you grow older. 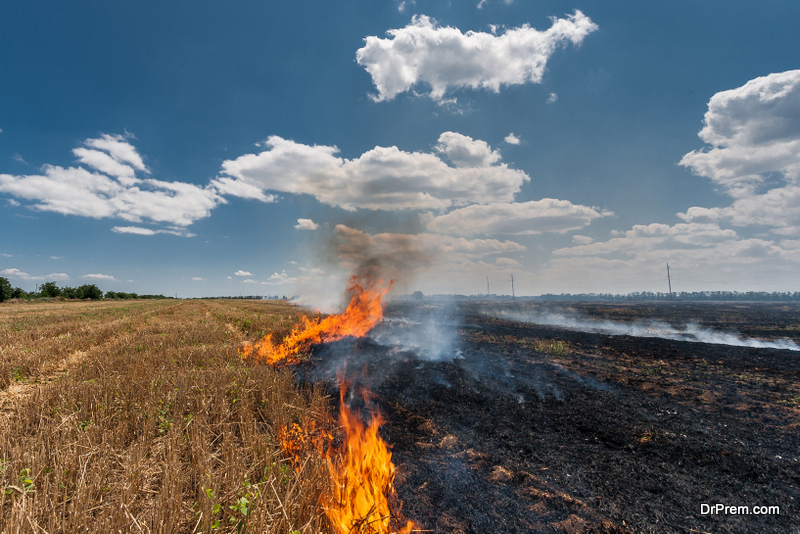 Burning garbage or wood is a no-no due to the smoke and particulate matter released into the air. Crop fires are burnt in rural areas which add to air pollution. In cities, garbage burning releases toxic gases. Dispose of wood and garbage in a responsible manner. Send wooden trash or unwanted items for recycling.

Taking steam with or without eucalyptus oil every day before sleeping will do wonders for the relaxation of air passages and remove the particulate substances. 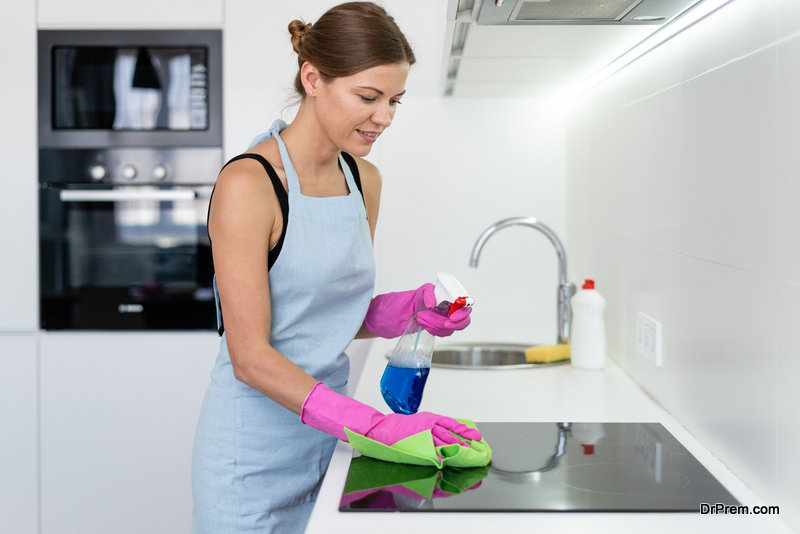 Chemical cleaning products release chemicals into the air and add to indoor air pollution. Using natural things such as lemon, vinegar, baking soda are a good alternative. Or you could buy cleaning products which are marked organic.

You spend a lot of time in your car. It’s not only the air at home or outdoors that you should think about, it’s the quality of the air inside the car. Rolling down the windows for air circulation and running the car AC in the indoor air circulation mode will reduce the PM 2.5 levels considerably.