Ocean acidification has been an ongoing process that relates to decreasing pH values, and thus increasing of acidic nature of our oceans. The reasons are many; however the major one among them is the water’s absorption of ‘human caused’ anthropogenic carbon dioxide (CO2) from the surrounding atmosphere. In fact, statistical figures show that over the last 250 years, oceans have absorbed around 530 billion tons of CO2, thus signifying a whopping 30 percent increase in acidity. In fact, scientists predict that the acidic level of oceans would just double by 2100, if our current emission rates remain unchanged. And, this conspicuous increment in carbon intake corresponds to the post industrial period, which makes it certain that the whole process is the indirect effect of unabated fossil fuel utilization, over the last two centuries. 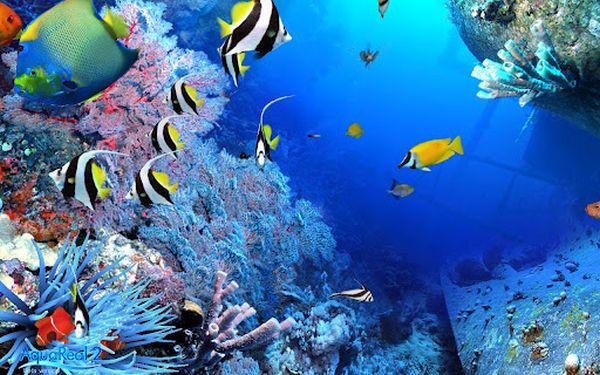 Now, beyond the scope presented by just figures, it is the severely adverse effect of carbon consumption that stands out as the malefic predicament. According to scientists and researchers, this newer chemical composition of oceans with dissolved carbonic acid can potentially harm a multitude of marine organic forms, particularly creatures with shells.

In fact, studies have already shown the detrimental effect of acidity on calcium carbonate, making it susceptible to dissolution. This means, the natural shells are getting weaker by the day, which in turn is having a negative impact on animals such as lobster, mussels and even smaller organisms such as pteropods, coralline algae, foraminifera and coccolithophores. Now, many of us may not have heard of them, but they do form an important part of the underwater food chain, thus having the capacity to cause a ripple effect that can affect larger fishes and fisheries. Moreover, the overall disadvantageous consequence on corals can even lead to the erosion and ultimate extinction of coral reefs. 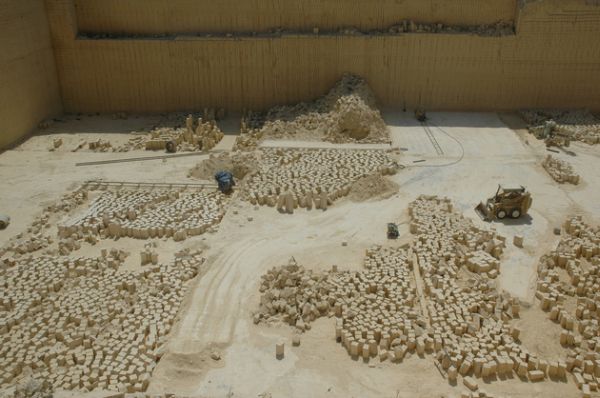 This simplistic yet potentially effective solution calls for dumping of quicklime into the oceans to sequester more carbon in the water’s mysterious depths. This dumped component in turn can absorb roughly twice as much CO2, as was released during the breaking up of limestone in the first place. More importantly, this alkaline process will negate the effect of overall acidification. However, the endeavor has to be of a tremendously large scale, with requirement of at least 56 billion cubic feet of limestone to sequester each gigaton of carbon. 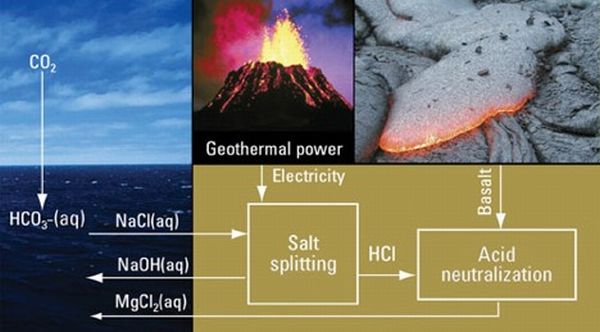 According to Karl House, a graduate student at Harvard’s Earth and Sciences department, artificial electrochemical weathering can help in accelerating the natural process of stone conversion into alkaline solutions. His process calls for passing electric current through the ocean waters to separate out chlorine and hydrogen gas. These components then can be combined to form hydrochloric acid, through fuel cells. Finally, the resultant would be used in specific industries to dissolve silicate rocks, thus allowing the alkaline solution to flow into the acidic ocean. This can result in the stabilization of ocean’s pH level, and improve upon its potential to sequester carbon dioxide.

According to the researchers, there was a 5000 year hot spell in our geological history of 300 million years, which corresponded to the present day acidic levels found in the current scenario. Most likely caused by volcanic eruptions, the average temperature had increased by 10.8 degrees Fahrenheit and the amount of carbon had doubled in atmosphere during this pre historic time period. However, even this adverse level of impact is small in comparison to the massive detrimental changes found in our oceans for the past 150 years. Hence, this provides an apt insight into what our incessant industrial activities may lead us to.

Moreover, we did mention the unfavorable effect of acidification on the naturalistic process of calcination, where by organisms like lobsters and other host of marine lifeforms loses the binding component of calcium carbonate from their shells. This can spell an end to their very existence, thus having far reaching consequences on the connected food chain, including fishes and ultimately us.

From an unbiased perspective, all of the problems are indirectly related to the spillage caused by over excessive usage of fossil fuels, thus leading to massive levels of carbon emission. So, logically, the all important collective solution would be to shift to alternate energy sources, including the full application of renewable power infrastructure, along with reduction of contemporary pollution scales.

Other more specific resolutions can involve monitoring and regulation of certain areas and industries. For example, according to some researchers in United States, coastal communities can revert back to the federal Clean Water Act. This would enable local governments to reduce runoff by implementing various mitigation features like stormwater surge prevention and coastal buffer zones, creation of more wetlands, along with credible water treatment.