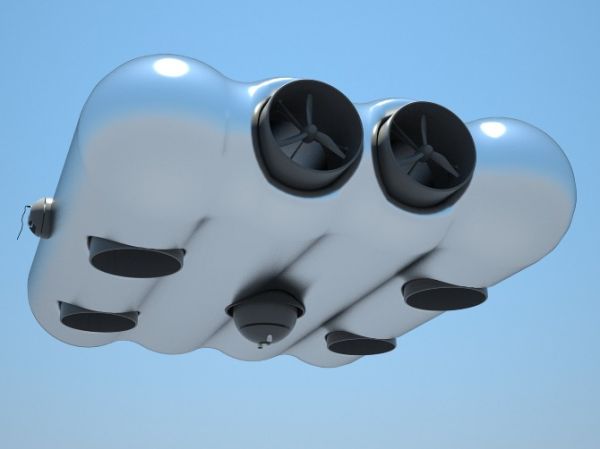 Being the jury’s special mention at the Samsung Young Design Award 2008 and a finalist at the Rolex Young Laureates Programme, the designer Filippo Cuttica’s project ICARO has come out as a logical and calculative approach toward the extensive work of mine detection. ICARO approach initially focuses on a problem’s systemic analysis while aiming at being an efficient and cost-effective working system. The project also aims at providing a system that is safe and friendly to the user. It offers low-tech solutions as a replacement of high-tech solutions at a kind of place where it could possibly be done, and thus acts as a sustainable system in terms of technology and materials.

ICARO mine detection system has three different elements that include an aerial vehicle that is remote controlled, along with a picket base and a lightweight backpack. The aerial vehicle is filled with helium and can be inflated. This aerial vehicle element has various types of sensors assembled on it. To control the vehicle, the required hardware and software is housed in the picket base that can be stabilized on the ground. The base also supports the visualization of the map of a mine. The third element of the backpack is completely transportable in nature.

The ICARO system exists in two configurations that may be possible for it – the one in use, and the other that can be carried. When the in-use configuration of the system exists, the picket base is fixed into the ground and the flying vehicle is connected to this base using a power cord. On the other hand, when the second configuration that can be carried is in existence, the vehicle is deflated and the base is disassembled and folded. This modular stuff is then put in a container bag that is carried in the form of a light transportable backpack. Thus, the system can work both ways depending on the user’s requirements.

As with a manual mine detector, the users have to physically enter the mined territory and map the area themselves. While the ICARO system can help them get rid of these requirements. The users will not have to take the risk of entering a mine field. When ICARO is compared to any other traditional mine detector system, one can get to observe several advantages and specialties of the new system. Most importantly, the whole system can easily be carried by a single person and is transported to just about any place they would want to take it to.

The ICARO system is a great energy saver and becomes sustainable due to the usage of helium, which makes the aerial vehicle upwardly mobile for many days. That saves a considerable amount of fuel during the long-lasting mining procedure. Being a low-tech project, this system also cuts overall costs. ICARO helps the user concentrate on mine mapping as it is an easy-to-handle system with no high control skills required. Bringing in so many advantageous points together, the system is no wonder to stand at the top among the chosen innovative project designs!