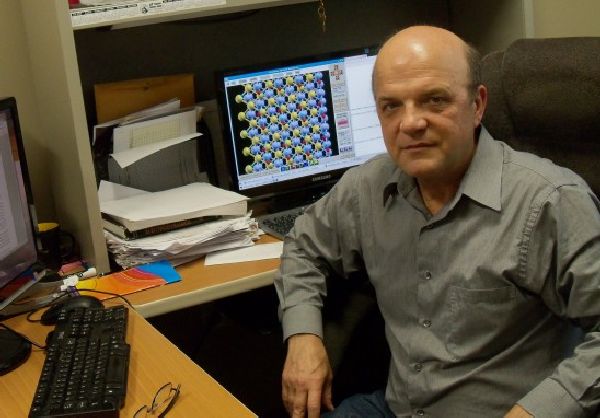 Alternative fuel sources are many, giving us the chance to generate power with clean results. However, current technology doesn’t really allow us to harness them properly and even when we can, the energy output isn’t sufficient. Among the renewables, hydrogen is fast becoming the source of choice. It’s abundantly available and if harnessed properly, has the potential to drive machinery, automobiles and electronic equipment. Researchers from University of Central Florida appear to have found a way to make hydrogen fuel cells more cost effective and efficient. If successfully applied on a large scale, we may soon see cars and electronics running on these renewable sources.

Generally, the catalysts used for hydrogen fuel cells consist of platinum as many other elements aren’t able to withstand the cell’s acidic solvents which convert chemical energy into electrical energy. Other elements with a resistance to the solvents include iridium, gold and palladium. The last two normally don’t perform too well during the chemical reaction but since they’re cheaper, the researchers decided to focus on them. They created a structure wherein cheaper elements are layered with gold and palladium. The outermost layer consisted of either of the elements with the second layer working to maximize the energy conversion rate while at the same time protecting the catalysts from the acidic solvents. The last layer consisted of inexpensive tungsten which also stabilizes the catalysts.

The researchers found that the structure enabled a higher energy conversion rate. Moreover, since the materials used aren’t as expensive as platinum or iridium, the cost is driven down. Professor Sergey Stolbov said that though more tests need to be conducted before they can apply their findings for commercial purposes, the approach is reliable.

The experiment spells good news for the environment which has seen a steady rise in pollution and an exhausting of fuel sources. Once the technology is tweaked, gasoline-operated cars could soon be history.