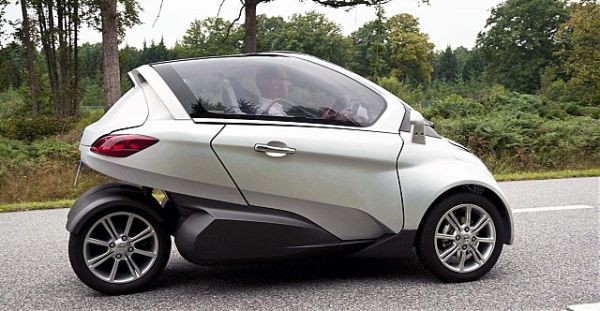 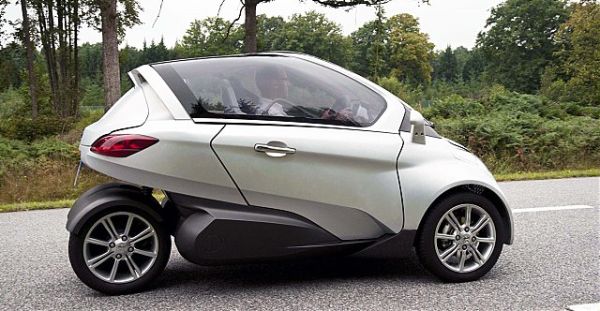 The French government has always been enthusiastic about promoting a green living. It has made ardent efforts in the past including the enactment of a tax system based on ‘bonus-malus’ to reward citizens who purchase and maintain their vehicles and help reduce carbon emissions and at the same time penalize buyers who don’t adhere to green purchasing. Recently it formed a consortium in collaboration with research laboratories for developing the tricycle Peugeot Velve. Read the following to get an insight into the concept.

To adequately handle the future mobility challenge, a new concept Peugeot Velve was showcased in France in a forum organized by the French Environment Agency and French Agency for Energy Management (ADEME). This new city vehicle was developed by a consortium of French companies like Michelin and Valeo along with other research laboratories. The electric gull wing drives on a 20KW electric motor, powered by a lithium-ion battery of capacity 8.5KWH. It has a range of 100Km and will accelerate to a top speed of 110 km/hr. The car has a powerful grill and a front apron that makes it resemble a broad and strong scooter. The design of the vehicle is a fusion between the BB1 and the EX1; improving the aesthetics of BB1 and topping it with a double rear axle form the EX1. It offers a ride for three people; the driver sits in the center and the two passengers on the right and left behind respectively. It meets all the standard safety regulations, despite a light weight of 650 pounds. Easy drive through congested places, the Peugeot Velve has a turning radius of 7.20 meters. Comes with a special feature of identifying the nearest charging stations that can be reached with the charge left.

The consortium in collaboration with the numerous research laboratories was set up so that the project would collectively achieve the objective of reducing the total amount of on board energy consumption. Leroy Somer, GNK and Valeo contributed their expertise to create the 20Kw electric motor. Johnson Control offered the lithium-ion battery. Valeo developed the heating system and the signal and power cables were designed by Leoni. This could be done using an electric motor and instant available maximum torque plus the light weight of the car. The total energy consumption of the Velve per kilometer is 85WH, which puts is parallel to environmental footprint of a train trip. The target consumers who will eventually benefit from this car will be the corporate fleets, self service Autolib’s, traditional rental companies and even second car buyers who are looking for an environment friendly option.

The power train systems have three main components, namely the motor, the battery and the inverter. The Velve has a specially designed motor of 20KW that will deliver a total power of 26HP with autonomy of 62 miles. It will consume only 85WH per kilometer to reach the top speed of 68MPH, which will equal the environment footprint of a train trip.

Developed keeping in mind the need of the citizens of France and they congested street planning, PSA developed the Velve. It is an electric city gull wing with hinged glass doors and right above the passengers head, there is a span of glass dome that ends in the rear of the car like a strong slot like glow. The Zwilligsreifen with the big fenders is another highlight. Already a detailed description about the green benefits has been stated above and also how the turning radius of 7.20 meters help maneuver around congested areas.

The chances of this vehicle coming into commercial production are conceivably low. Although high on utility, low on carbon footprint and it also meets all the safety standards, yet the possibility of seeing it on streets sometime soon is not possible. A whole lot of research has gone into the concept development of this car and a special consortium was also created, but all this effort will not be justified unless a usable product for the market it out.

This small magical environmental friendly three seater electric gull wing is not yet in production and no announcements have yet been made for its production. Local organizations and corporate fleet is eagerly awaiting the production dates and costs, but nowhere in the immediate future will these cars become a commercial reality.

The VéLV is a mix between a scooter and a car. It has four wheels but the rear track is much narrower than the front track, giving it the appearance of a trike. The driver sits front and center and two adult passengers can theoretically travel in the back.