Going green is an initiative in full force today. The impact of the climate combined with a staunch desire by Governments to only use green energy has resulted in many major corporations and companies who have implemented green policies. Gone are the days of corporations swearing by crude oil and big oil machineries, today a new ethos has developed and global companies that support environmentally conscious policies are being viewed more favourably by the public. But which companies are these? Let’s have a look:

Going green was always on the minds of Silicon Valley tech and IT giants. IBM for example has adapted eco friendly practices and environmental advocacy since going as far back as the mid 60s. The company utilizes smart buildings that are less demanding on the environment and even water resource management. Adobe systems is another green company, voted the greenest IT Company by Newsweek in 2014. Adobe is taking initiatives to reduce its packaging wake especially since it produces a lot of plastic.

Another Silicon Valley based company that has strict green support is Google.  The Mega Corporation is leading a massive effort to not just go green for itself but also make sure the entire planet is on course for a green and sustainable future. Its venture into automation and green automobile industry already has everyone talking. Hewlett- Packard is high on the list of environment conscious companies and it even reports its greenhouse gas emissions. 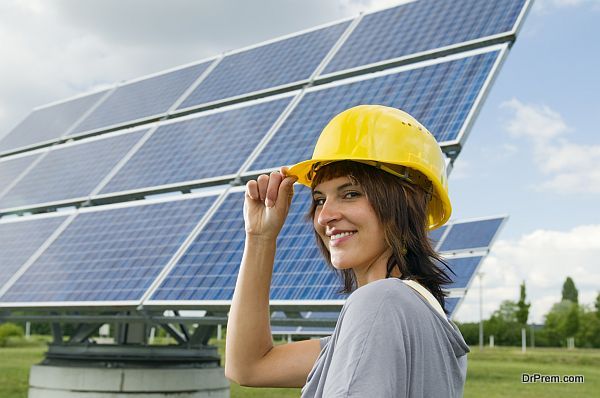 Because interest in sustainability and green issues is a recent issue it isn’t surprising to see many old established companies going out of their way to reinvent themselves and support the green cause. IKEA for example, an established chain gets close to 50 percent its material such as wood and cotton from sustainable forests and its stores are powered by solar panels (some estimates say around 700,000 solar panels power every IKEA store in the U.S). Unilever is another old company with a new vision aligning with the green initiative. The company has a sustainable living plan which approaches everything from production to assembly line work with an environmental slant. Such has been Unilever’s approach that they were awarded the United Nation’s “Champion of the Earth” award in 2015. Another example is Johnson and Johnson, which is taking a massive undertaking in its company rules by making environmentally friendlier packaging. Their motto- specifically mentioned on the website is “Greener boxes, bottles and buildings.”

It isn’t just the IT and Tech companies supporting green policies. Automobile industry is one of the major sectors to completely focus its attention towards sustainability. Ford Motors for example is using sustainable and recyclable fabrics in its assembly lines and fuel efficiency and automation are of major focus.  Even their factories practice green initiative methods- The world’s largest green roof belongs to Ford and their factories only use geothermal cooling systems.

Mercedes Benz is another automobile company with a green agenda: In India the famed car manufacturer has teamed up with the Grow trees foundation to plant 50,000 odd trees in the state of Maharashtra and have taken similar steps elsewhere as well. Another major company is BMW. The BMW group has been voted the most sustainable automobile manufacturer for seven straight years.  Its methane gas to energy initiative has been incredibly well received, and so has been the BMW solar panel initiative.

More green companies than you think

A list of every company following the strict green supporting policies would be quite long. You know every major corporation is listening when even Disney sways to your tunes. The entertainment giant is setting up an example for other entertainment and media corporations in following the lead to go green and set a net positive environmental impact.

But this isn’t a case of corporations trying to outgun one another. Climate change is a major issue for all of us and it starts on an individual level. So many major corporations are going out of their way to help the planet take the initiative, so we must do something similar. It won’t be a surprise to see every company adapting a green policy in the near future as a rule.