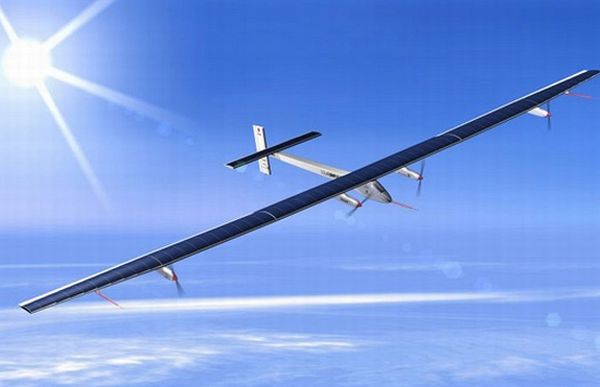 Aviation industry is contemplating to find ways to use ‘green’ sources of energy for powering its operations. Two reasons can be pointed out for this development. First, the already scarce aviation fuel has become costlier in recent times. Second, there is a growing realization of the need to have low carbon emissions from airline operations.

However, it is not that the entire aviation industry has taken this task on a mission mode. Only some organizations have developed a few models of self-powered electric aircrafts. This is certainly a very small but a welcome beginning. 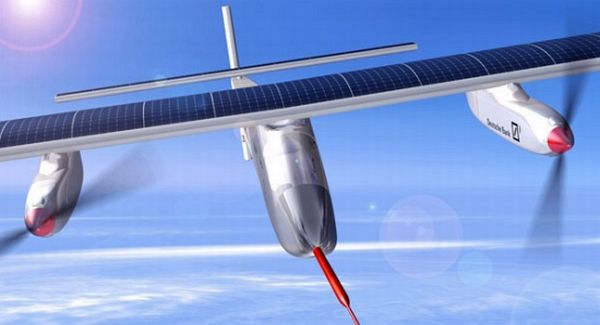 Solar Impulse aircraft is powered by sunlight. Developed as part of long-range solar powered plane project at the Polytechnique Fédérale de Lausanne in Switzerland, this airplane took its first 26-hours flight in July 2010. It has a long wingspan of 63.4 meter and weighs 1600 kg. Solar panels fitted on wings capture the solar energy. This is stored in lithium-ion batteries and also used to power the propellers. The developers are planning go a full circle around the earth on this completely solar powered airplane. 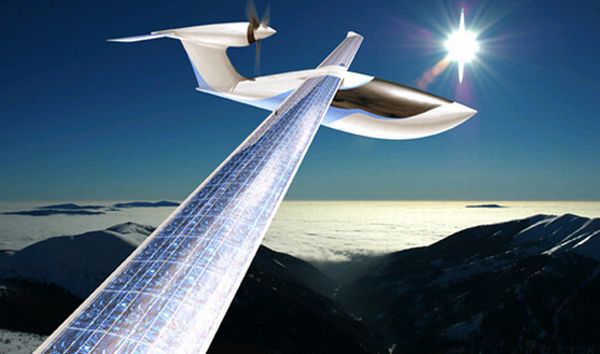 Developed by Lisa Airplanes, Hy-bird is a hybrid plane that uses lithium-polymer batteries as the main source of power. Also, the solar photovoltaics fitted on its 20 meter wingspan accounts for about 10 percent of the total power demand for this airplane. The designers have limited its weight to 1.1 tons by using carbon-fiber for making the body. 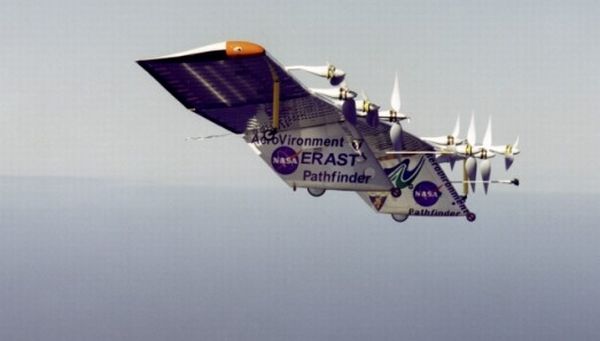 The solar and electric-powered Helios Prototype aircraft was developed by NASA under the Environmental Research Aircraft and Sensor Technology (ERAST) project. It was an ultra-light weight aircraft with a 247-feet wingspan. It took its first maiden flight on battery power in 1999. The solar panels were introduced in 2000. In the course of about four-years, the Helios prototype established many records for a non-rocket powered aircraft. In August 2001, it touched the height of 96,863 feet. However, it fell into the Pacific Ocean in June 2003 under bad weather conditions while it was being tested for a 40-hour long endurance mission. 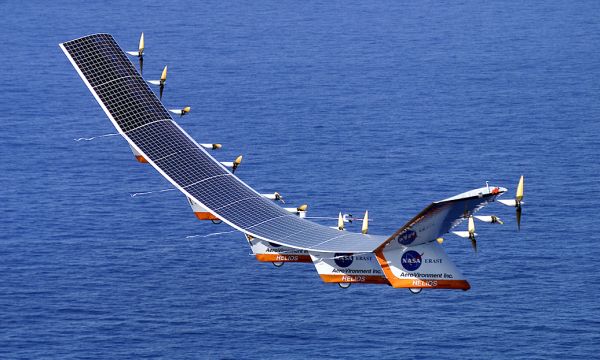 The Pathfinder is an unmanned, remote-controlled, lightweight solar-powered aircraft developed at NASA’s Dryden Flight Research Center in California. It designed, built and operated by the AeroViroment Inc. Solar panels fitted on the wing surface provide necessary power for flying this aircraft. It can fly at a speed of only 15-25 miles per hour. This speed is certainly very less for an aircraft. However, the real value of Pathfinder lies in the fact that it has become a reference model for all future long-endurance solar-powered airplanes.

Unlike the conventional aircrafts that are powered by aviation fuel, the self-powered electric aircrafts uses sources like sunlight, hydrogen fuel cells or batteries for generating electricity to supply the necessary energy for the flight. While the conventional aircrafts run on internal combustion engines, the electric aircrafts have electric motors. These aircrafts have been mostly developed for demonstrations and experimental purposes. As, they are not well developed for commercial application. In some of the recent models, solar panels are fitted on the upper surface of the wing. Researchers have also shown that hydrogen fuel-cells can also be used for providing necessary energy for the self-powered aircrafts.

There are many advantages of self-powered electric aircrafts.

Self-powered electric aircraft is still a concept . Most of the models that has been displayed in recent times cannot duplicate the high-flying commercial planes or even military aircrafts. Also, many are still being developed in the laboratories. However, these are future aircrafts. Their impact can be assessed from the numbers of similar projects undertaken by researchers in different countries today. All of this would certainly change the aviation scenario in coming years.