FUBi is the most unique foldable bicycle concept designed till date 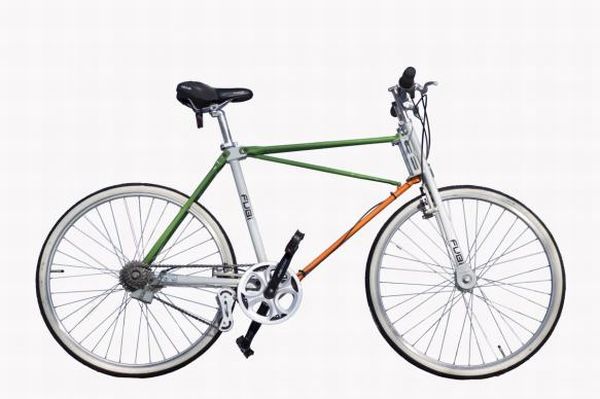 Auto makers all around the world are trying hard to develop and manufacture stable green cars and vehicles that will not pollute the environment. One particular vehicle that is totally eco-friendly yet grossly neglected is the bicycle. It is a safe and sound mode of transport that does not pollute our environment and helps us get some healthy cardiac exercise. One major problem that the bicycle user faces is that of theft. Bicycles often get stolen when kept at parking lots or outside the house. Parking bicycles and storing them requires space. Space scarcity makes it difficult for the users to keep the bicycles safe. The FUBi is a bicycle that counters all these problems. It is the most compact bicycle design and it can be folded. You don’t have to park this bicycle outside your house, office or gym. You can fold it and bring it inside. Storage and transportation will not be troublesome if you are using the FUBi bicycle. 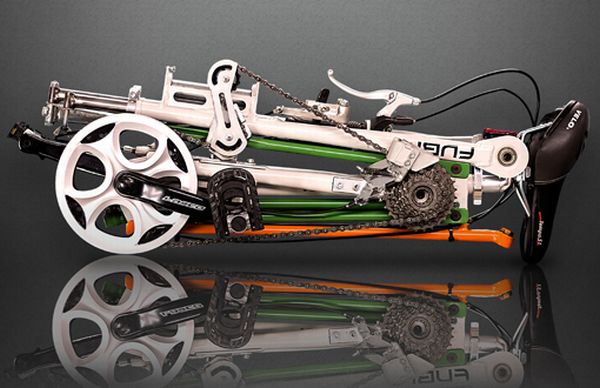 Except the two wheels the rest of the FUBi bicycle easily fits inside a tennis bag. It is easy to carry this bicycle inside the trunk of a car or keep it inside a cupboard or wardrobe. The users can customize their FUBi bike as they want. The parts can be easily assembled by the users as it is a DIY bicycle. It looks like any normal bicycle and gives you the same bike riding experience. No compromise has been made regarding the road performance of the bicycle.

The engineers who designed this bike focused on one ultimate goal. They worked hard so that the tubes and parts of the bicycle frame can be folded in a parallel manner. Parallel folding makes the bicycle so compact and flexible. The front and back wheel have been made with the same measurements. You don’t have to identify every time you assemble the bicycle which wheel goes to the front and which one to the back. You do not need special equipments for assembling or folding the bicycle. You can do this using only the Allen keys and spanners. The FUBi bicycle can be folded than more than one way and this ability makes this bike very flexible.

FUBi is a great concept that can change the way bicycle users transport, store and park their bikes. As it is foldable and compact it can be stored indoors without risking theft.

Strange and fascinating use of solar power