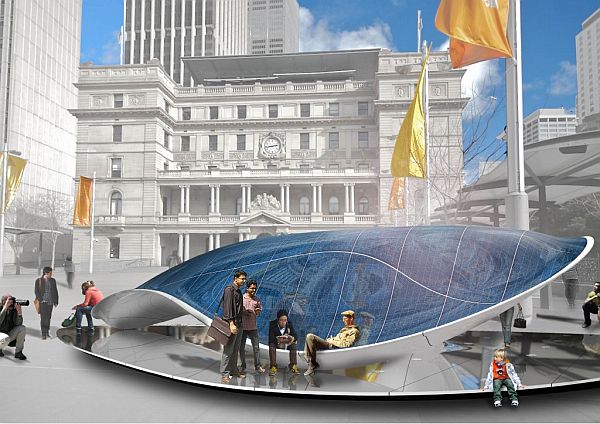 In the recent times, eco architects have always looked forth to incorporate (or at least allude) to a wholesome natural state of systems. This natural state in itself comprises of an organic network, which is very like the scope and arrangement found within a biological organism. In relation to this, the Epiphyte Traveling Pavilion by architect-industrial designer Marvin Bratke, is one such flexible structure concept which is described as a ‘self sufficient organism’ by the designer himself.

The ‘organism’ part should not be confused with the sentient nature of a life form. But rather it should be seen as the scope, behavior and arrangement by which any organism interacts with its natural surrounding. The intriguing yet fundamental idea behind organic architecture is to create structures that would mimic such natural interactions, and thus be unequivocally sustainable in nature.

In relation to this, the Epiphyte Pavilion has been envisaged as an utterly adaptable building that will interact and actually ‘grow’ with the alterations of the surrounding city-scape. To be constructed in the green city of Munich (already voted as the most livable city in the world by Monocle in 2010), the location has been intentionally chosen to reflect the environment friendly nature of the building.

Coming to the structural part, the irregularly slanting shape of the pavilion does emanate a sense of futuristic bearing. So, in spite of replicating the attributes of natural interaction, the open form will seamlessly blend in with the contemporary modern setting of the city. Underneath the shimmering facade, the designer has thought of an arrangement of plywood framework with an elastic bolt system. This light weight skeleton will be covered by sturdy 15mm aluminum cladding, which in turn will be nano coated. Finally, the overall structural process will be kept flexible, so as the building can be disassembled, transported (in individual components) and then assembled at a different location.

In relation to the ‘green’ attributes, the building will incorporate a plethora of sustainable features. The glazed surface will actually comprise of flexible thin film solar cells (with an efficiency of around 5 percent) for receiving and storage of clean electrical energy. In regard to regulation of micro-climate of the pavilion, the slanting shape will provide the advantage of aerodynamics, thus facilitating the natural flow of wind along with optimized cross ventilation and air purification. The gradient will also hold a spatial bulge (protruding downwards within the structure) on one end of the pavilion roofing system. This bulge will accommodate excess rainwater for harvesting, while the collected water will also act as a water core system for diffusion of cooling mist inside the building (through the protruding bulge).

Finally, coming to the functionality of the building, it will act as a alterable spatial volume for exhibiting art works. The internal play of water, mist and light will contribute to an ethereal ambiance for the users and enthusiasts. But more importantly, according to Bratke, the building will earn more energy than it consumes. This alone alludes to its fascinating purpose of being a futuristic bastion of sustainability. 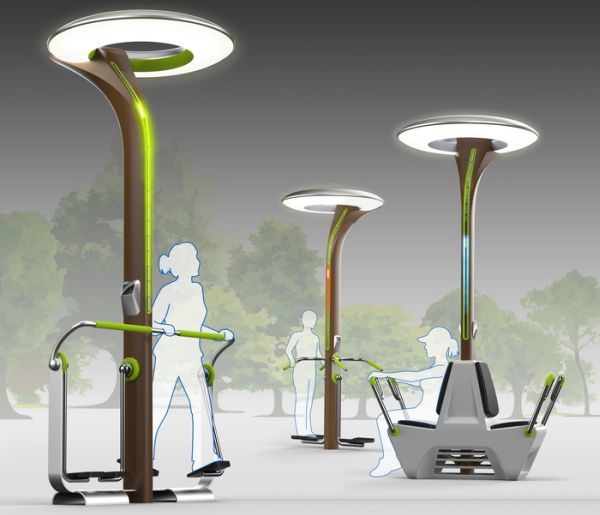 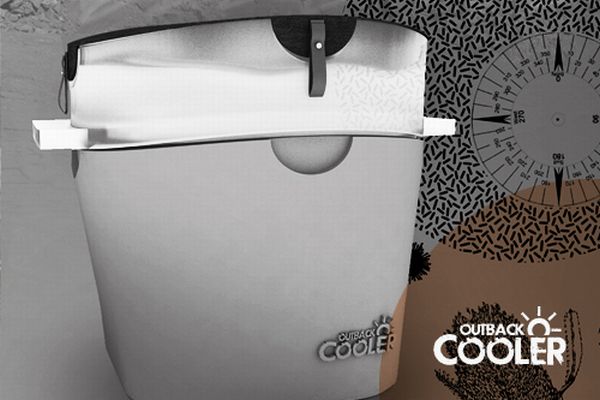