Environmentally-Friendly Casinos: Yes, They Do Exist! 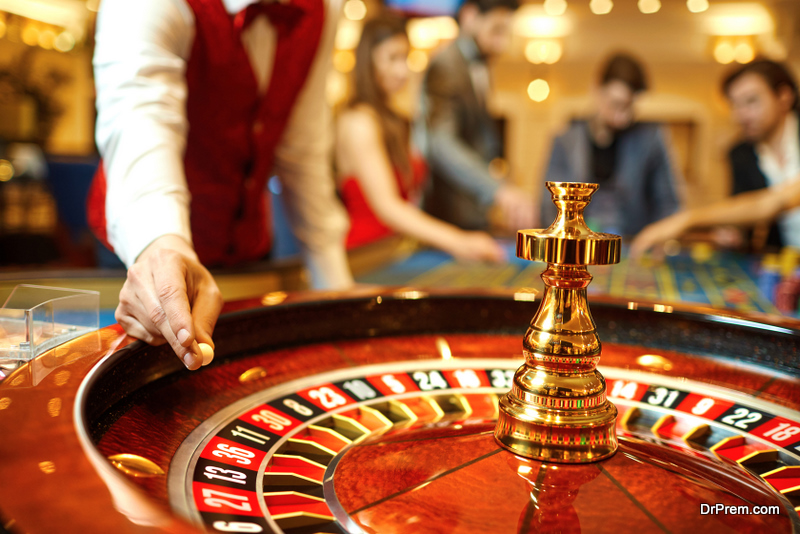 Of all the thoughts and images that appear in your mind when someone says the word ‘casino,’ the phrase ‘environmentally-friendly’ probably isn’t one of the first to appear there. Casinos are built for two reasons; firstly to provide the people who visit them with entertainment, and secondly to part those people from their money, so the casino makes a profit. For all the theatre and window-dressing that comes along with the biggest casino businesses in the world, that’s what their methodology ultimately boils down to.

Putting that hard fact aside for a moment, though, casinos exist in a constant state of competition with each other, and doubly so in places where casinos are prevalent. The games inside one casino are often much like the games inside another, and thus a prospering casino business has to find other ways to attract the public in to spend money there as opposed to visiting a rival instead. In the past, we’ve seen casinos go for grander buildings, brighter lights, and better-known entertainment acts in a bid to draw in the public, but there’s now a new kind of battle being fought. Some casinos are trying to win the attention of their potential customers by being more environmentally-friendly than their competitors.

Clearly, no casino business can be one hundred percent environmentally friendly. A busy casino requires enormous amounts of electricity and generates considerable amounts of waste. The ‘cleanest’ casinos in the world from an environmental point of view are the online slots websites you’ll find online. In truth, it’s partially because of the arrival of online slots sites and the hundreds of games like Jewel slots on them that traditional casinos have had to re-examine their business methods. A good online slots website can offer almost any service a ‘real’ casino can, and generally doesn’t charge for entry or require you to wear a tuxedo. There are still things that a traditional casino can do to become a little greener, though, and here are five examples of them that we believe have really pushed the boat out and tried to lead the way. 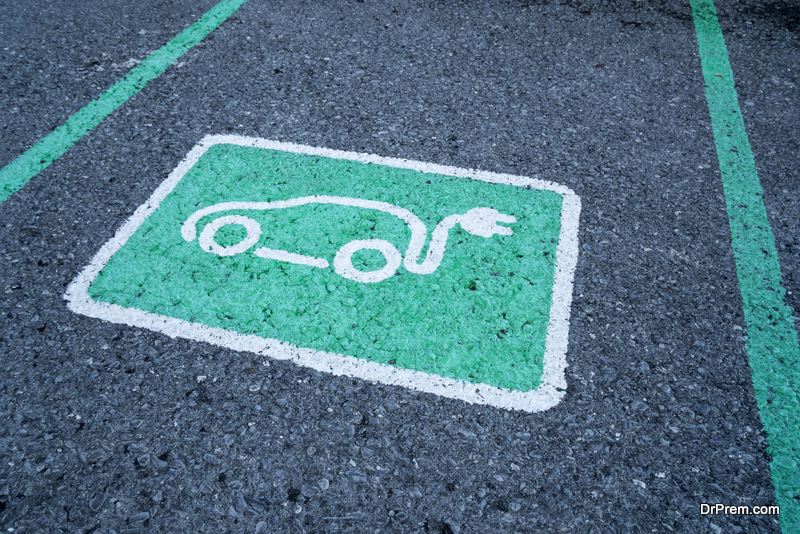 If you’re reading this in the United States of America, you may have heard the name “The Venetian” before, but in relation to Las Vegas. As opulent and wondrous as the Vegas Venetian is, the one in Macao is far grander. Those of you who still believe that the global capital of gambling is in Nevada need to update your records; it’s off the coast of China in Macao, and it has been for more than a decade. In 2018, the Venetian Macao was given a “Green Hotel Platinum Award” in recognition of its efforts to reduce its impact on the environment, which included priority parking for electric cars, switching to LED lighting to reduce electricity demand, and taking multiple steps to reduce food wastage at the site. It continues to make progress and will be hopeful of winning the award again for 2020.

In 2019, Turtle Creek Casino in Acme, Michigan, USA, underwent a near-total refit and renovation. By the time that renovation was over, it had turned one of the conventions of gambling and casinos on its head. Most casinos halls lack windows as part of a deliberate tactic to make players rely on artificial light and therefore pay less attention to what time of day it is and how long they’ve been in the casino. It’s thought that the slightly sinister practice started in Las Vegas, but has now branched out across the world. You’ll find plenty of windows at the new Turtle Creek Casino – and they’re there for environmental reasons. By putting skylights in the roof and allowing natural light to illuminate the premises during daylight hours, the casino managed to reduce its electricity demand by almost exactly fifty percent – and the gamblers didn’t run away when it got dark, either! 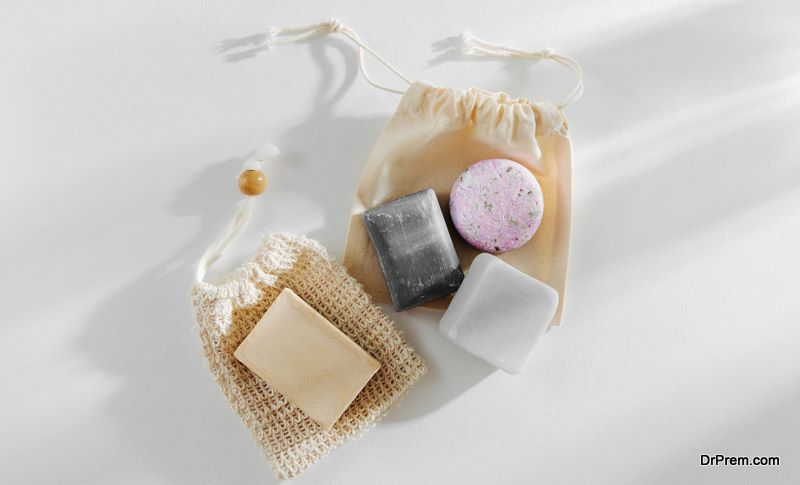 We don’t want to spend this entire article giving you the impression that Las Vegas isn’t what it used to be, so here’s some good news about one of Sin City’s most famous casinos. The environmental improvements that have been made at Caesar’s Palace in recent years aren’t so much about electricity or business operations as they are about use of resources. All of us are guilty of partially using toiletries when we stay at a hotel, and then not disposing of them before we check out. That leaves half-used bars of soap and other sanitary supplies lying around hotels, and under normal circumstances, they have to be thrown out. That’s not the case at Caesar’s Palace anymore. Since 2010 they’ve been part of the ‘Clean the World’ initiative, and they send their used soap and similar products to be recycled and turned into new bars of soap or other cleaning supplies. Thus far, they’ve donated the equivalent of over two million individual bars of soap, which have been exported to more than one hundred countries!

The beautiful city of Durban in South Africa plays host to Sibaya Casino, which is an entertainment complex that takes its environmental obligations very seriously. Any new staff who join Sibaya are trained on what management calls “the three R’s,” reducing, reusing, and recycling. Like Caesar’s Palace, they recycle as much sanitary waste as is possible, but they also take the idea of reducing food wastage to the next level. Any unwanted or half-eaten food at Sibaya is scraped off and turned into compost, but its journey doesn’t stop there. The compost is also a wormery. The worms help to turn the compost into extremely rich and desirable soil, and that’s then sent on to green farming projects. Just as the food came from farms, it ultimately returns to the farms. That’s a whole circle of life with a casino at the heart of it! 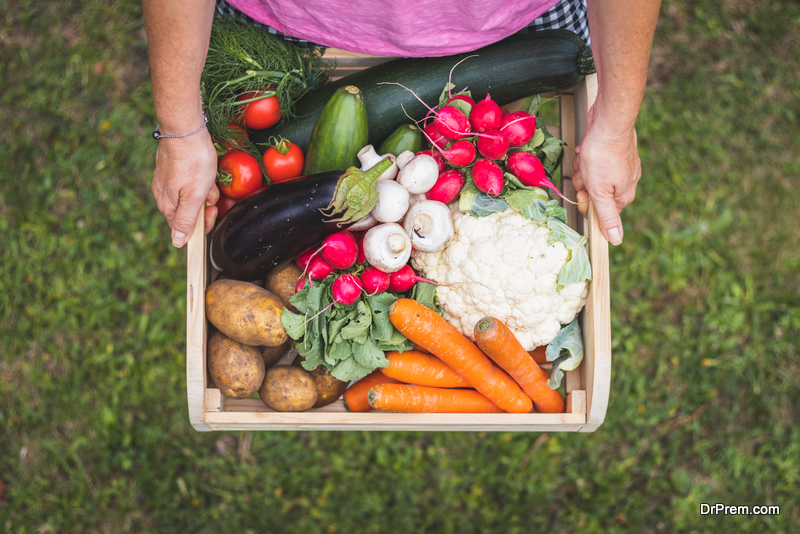 While Sibaya Casino might do as much as it can to ensure that food wastage is dealt with ethically on its way out of the venue, Mandalay Bay works hard to make sure that it’s ethical and environmentally-friendly on the way in, too. Despite this being such an enormous complex, every scrap of food that’s served inside it is sourced locally. Waste products are recycled on-site where possible or returned to local businesses for processing where not. Everything you’ve read elsewhere in this article about food and toiletry recycling is also true of Mandalay Bay Resort, but there’s a reason we’ve kept them until the end. Their commitment to recycling is so absolute that even old linen and bedding are recycled! The guests might not be interested in recycled sheets, but the state’s Society for the Prevention of Cruelty to Animals is glad to take it and use it to provide shelter for humanity’s furry friends.

So there you have it. Some of the world’s biggest casino complexes deal with enormous bets and wagers every day of every year, but they’re taking fewer gambles with the environment than you probably imagined!

4 Medical Practice Loans to Consider If You Need Cash FAST

How to Plan a Socially Responsible Roadtrip During Corona Crisis