When we talk about carbon emissions by the transportation industry, most of us just nonchalantly agree that it should be reduced. But when it boils down to solid figures, the implications are certainly severe enough for actions, not discussions. According to statistics, in United States alone, more than 33 percent of carbon emanation comes from conventional transportation modes. Even on the global scale, new model (gasoline) vehicles contribute to more than 20 percent of the whopping 8000 million tons of total carbon dioxide, emitted annually. In such adverse conditions, electric vehicles seriously pose as the righteous saviors of our environment, with figures alluding to lessening of 97 percent in terms of noxious pollutants (per comparable model). 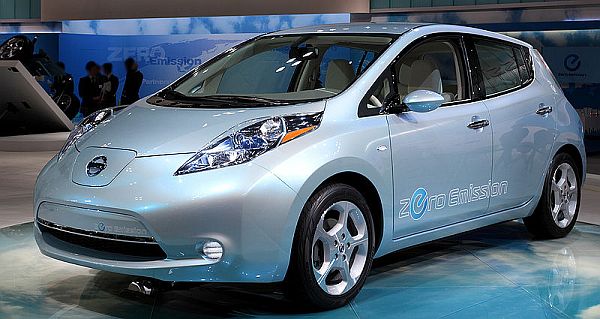 But beyond conscientious eco friendliness, electric vehicles are technically also more efficient and cost effective in the long run. Studies show, more than 75 percent of the energy (from battery) is utilized by an electric power train (as compared to paltry 20 percent, in case of petrol cars). Moreover, fuel related costs are significantly less than IC engines, thus saving both money and resources, when calculated for the long term period.

So, despite of having so many advantages, why are EVs still an exception in most places? Well, one of the major predicaments lays with the nascent technology, or rather the upfront cost of this technology. An intrinsic part of an electric mechanism is the bulky battery pack, and this is where customers have to pay more money initially. But given the current recessive state of our economy, very few are willing to part with their financial assets, for the greater ‘environmental’ glory. And this is just the tip of the ice berg. There are other substantial problems, which we have briefly discussed below in the article.

As we have mentioned before, electric vehicles generally have a greater upfront cost, in comparison to their gas guzzling cousins. It is more of a case of unfavorable timing, given our present economy related constraints. This ‘miserly’ condition on the part of potential consumers is aptly demonstrated by a report done by J.D. Power and Associates. According to the survey, more than 50 percent of U.S. car buyers are not even willing to spend more than $5,000 on a green technology oriented vehicle.

b. Lack of charging infrastructure

The lack of charging facilities is one of the major disadvantages faced by electric car owners. And quite paradoxically, this is an indirect effect of the low predominance of electric cars in our conventional scope. For example, with the relative popularity of petrol cars, we have petrol stations catering to all significant neighborhoods, within an urban area. But, on the other hand, the economic eco system built around electric vehicles is still at its nascent stage. So, commercial institutions are not seriously willing to invest in such a field, where their scope of business (and profitability) is constrained by lesser number of electric car possessing customers.

Till now, we have talked about service oriented hurdles. But for a commercial trend to become popular, consumers play even a greater role than companies. In relation to this, the much dreaded ‘range anxiety’ psychology has prevented many potential customers from making foray into the ‘electric’ realm. This state of mind is related to the fear of running out of electricity before we reach our destination, thus ending up stranded by the side of the road. The situation gets even more exasperated, when the vehicle actually does not meet up to the daily demands, or when the charging time is extended beyond normal periods.

Electric vehicles in general have to go through a charging phase, to give their full range potential. So, for conventional drivers, this waiting procedure is very difficult to get accustomed to, especially since petrol cars take around just five minutes to get re-fueled. In comparison, the Chevrolet Volt requires about 10 hours to fully power up on a 120 volts (Level 1) outlet, while the exalted Nissan Leaf requires about 20 hours for its 70 miles range. So, if the technology doesn’t progress beyond its current scope, user convenience severely gets affected by the extended charging time.

Most of the manufacturers and analysts do not make much of brouhaha about this factor, but in actuality lithium-ion batteries do live a fragile life. As a matter of fact, capacity deterioration starts by the end of one year, while frequent battery fails are reported by the end of three to four years.

The ubiquitous lithium-ion battery pack once again stands as the main culprit in a safety scenario. Though, generally safer than its comparable peers (like nickel-cadmium), some lithium-ion packs have shown a tendency to reach peak voltages while charging. Moreover, there have been cases (though, very few) reported of electric cars catching fire due to battery leakage. Now, it should be duly noted that gasoline powered vehicles obviously are more susceptible to fire than electric vehicles. But on the other hand, we are generally familiar with the conspicuous odor of petrol, and hence can take necessary preventive actions in cases of emergency.

Another problem that crops up directly because of lack of infrastructure, electric vehicles can contribute to more maintenance cost than conventional vehicles. The predicament is not just limited to service stations, but also entails scarcity of qualified professionals (in this field) and the severe hindrances faced by the relatively fledgling industry.

It may seem to be tad bit ludicrous, but actually (so far) there is no universal charging standard for electric vehicles. Moreover, the lack of credible charging points beyond few urban areas aggravates the complications faced by electric car drivers, especially when they are up for a long trip. The only saving grace for this fiasco is that for most drivers, they can at least plug their vehicles at offices, shopping malls and places with standard power outlets.

i. The green debate

While, the efficient mechanism of an electric vehicle contributes to significantly lesser levels of carbon emission, the conception as a whole does have a substantial carbon footprint. This is because; lithium-ion battery production in itself can be pollution intensive. And more importantly, the fuel for electric cars is electricity. And this electricity has more of a chance to be generated at some green house emanating thermal power plant, with non-renewable coal and gases used as main constituents.