There’s no doubt that when you are living the green lifestyle, it should extend to all areas of your life, including the small pleasures of life. It’s a bit of a buzzkill to know that your favorite wine or bubbly may have a significant carbon footprint. The entire production process of cultivation, brewing, fermentation, distilling, packaging and the transportation contributes to the environmental impact. However, this doesn’t mean that you have to put a stop to your merrymaking. Check out these eco-friendly alcohol brands and celebrate in a planet friendly way. 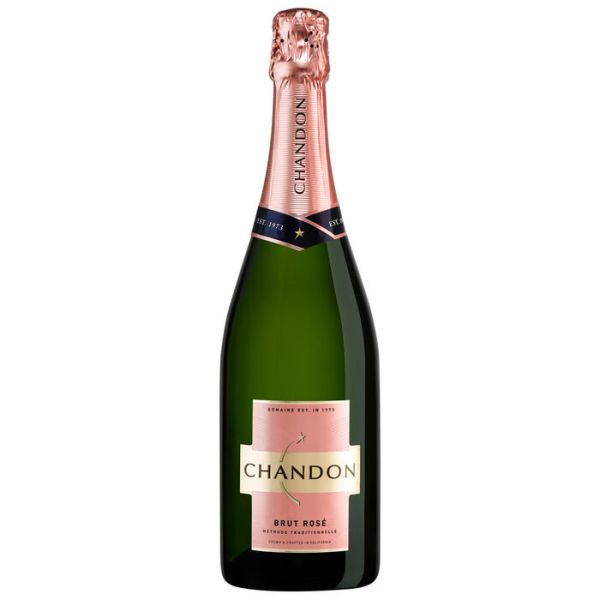 Pesticides are bad for the environment, but vineyards do need some kind of pest control to protect the vines. This brand has found a unique way to do that –it has owl boxes and encourages the owls to nest in the vineyard, and they perform a much-needed function for them. They are the natural pest controllers and what could be better than that! 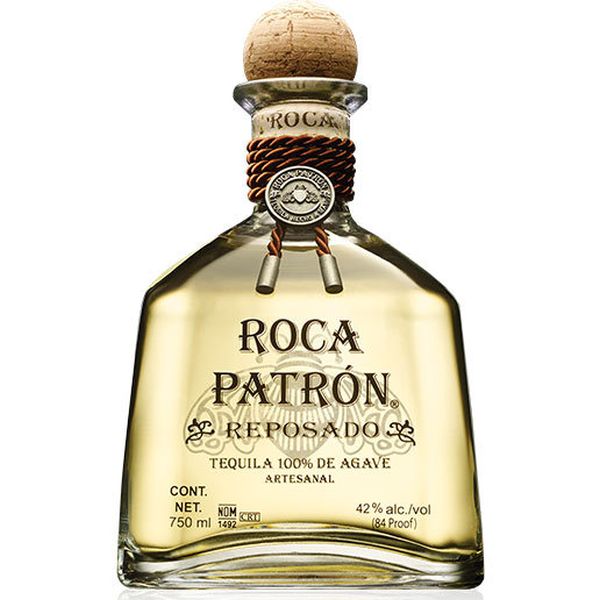 Patron is one of the most sustainable liquor brands in the world, and has been following sustainable practices, before it became a buzzword. The brand’s distillery, known as the Hacienda in Mexico’s Jalisco, composts as well as recycles everything, including the water and the agave fibers’ residue. The recycled water is used to clean and cool the facilities.

Patron has made a name for itself being socially respectable, and offers the employees competitive wages, opportunities for education as well as free transportation. If you love tequila shots, buying this brand would be an ideal shot. 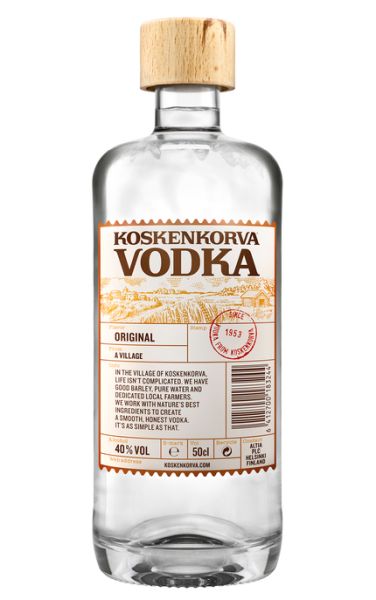 This is a superb vodka which is also one of thesustainable liquor brands you ought to know about. It places importance on its environmental responsibility, and follows quite a few sustainable practices. It sources the barley locally from the village, and uses local mountain-spring water. The bio-energy plant onsite carries out the processes of continuous fermentation and column, and the distillation has reduced the carbon dioxide of the brand by about 50%.

The barley gets used completely, as the husks are burnt for eco-fuel, and the barley is not used for vodka is converted into paper and many other products.The spent grains after the distillation are utilizes as feed for animals. The farmers on Koskenkorva are employed locally.

There are some quite spirited brands like Illegal, who are active in their support of sustainability, both politically and socially. The brand makes smooth mezcal, which works wonderfully with cocktails or just as a sipper. It follows fair trade and eco-friendly manufacturing processes. It sponsors indie artists and musicians from all over the world. This ‘young rebel’ brand fearlessly spoke up about social issues, even protesting against Donald Trump’s immigration policies. 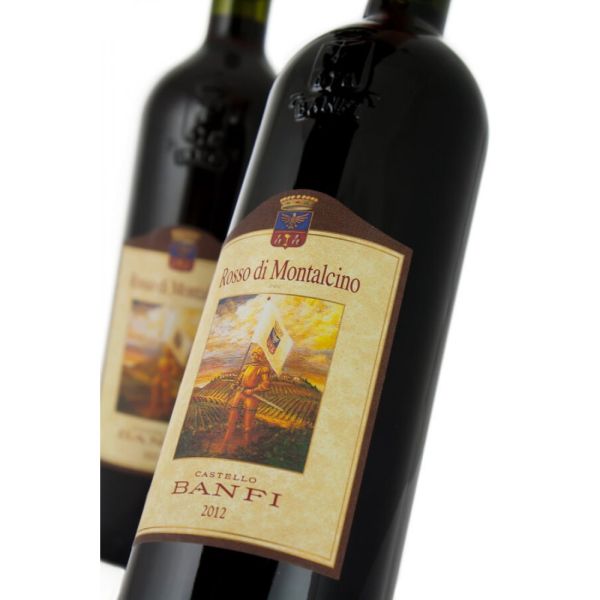 Winemakers worldwide are making changes to introduce sustainability. One of the best examples of this is Bordeaux vineyards in France. There, bats are used to fight against the grape tortix, the moth which promotes the grape berry rot, rather than synthetic pesticides.

In Italy too, the Tuscan winemakers have started practices which helps to protect the ecosystem. The major change has been the transition to lightweight wine bottles, which saves 6,340 tons of raw material and 26, 416, 666 KWh of energy. This is one of the eco wine brands you could choose. 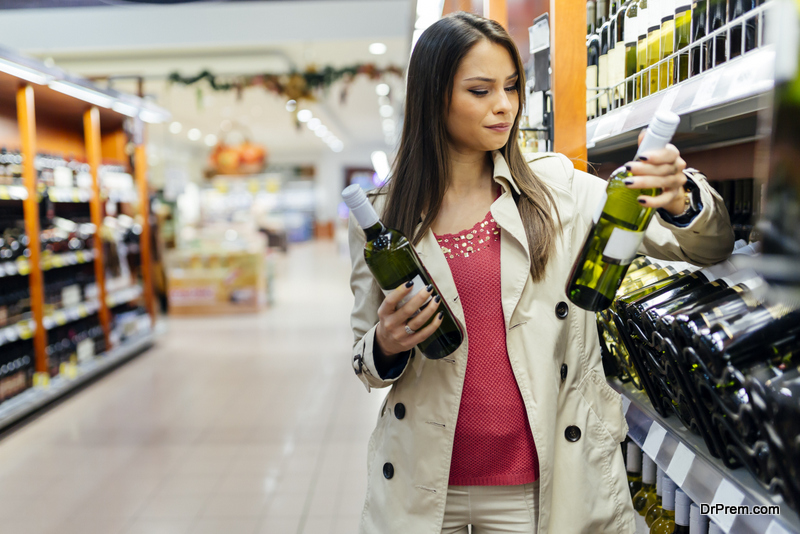 This is not a brand name but if you want a green wine, then buy those which are marked organic or biodynamic. Organic wines are made from grapes grown without any harmful herbicides, pesticides, fungicides and chemical fertilizers. Artificial preservatives are not added to the wine which makes it healthier for the environment as well as for you. Look for the organic symbols on the wine bottles before buying.

Biodynamic wines are the other kind of eco wineavailable these days. These wines extend the organic principle not only to the vineyards, but also to the whole ecosystem around them, that includes soil treatment and general maintenance of land. 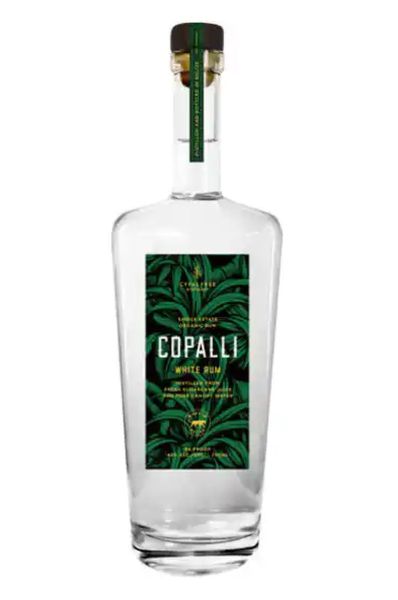 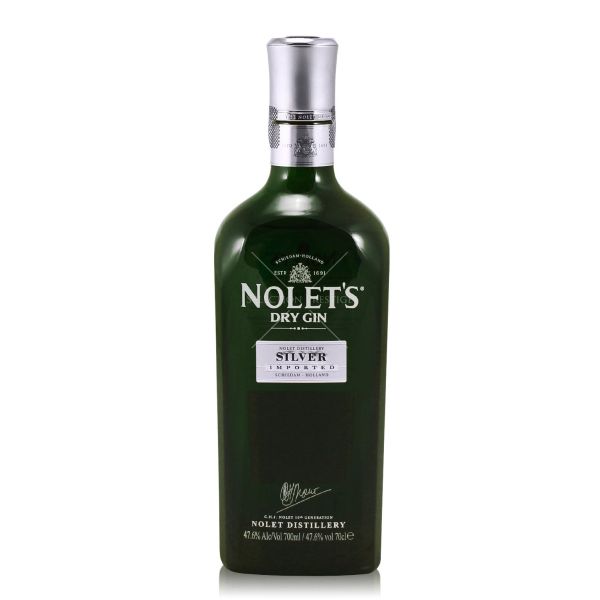 If you’re looking for eco-friendly gin, this is one of the great options. Nolet’s headquarters had installed solar energy panels on the roof which provides approx. 75% of their energy needs. The solar fueled system generates electricity enough to offset 18,000 gallons gas or to avoid 122 tons emissions. 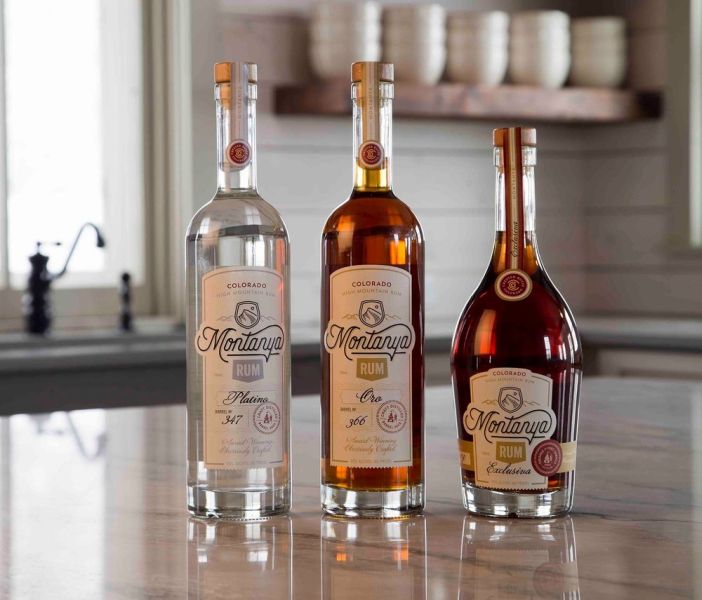 Montanya’s distilleries are situated high up in the mountains at 8,900 feet. As the distillery is situated at such a height, there is no need for artificial cooling of the fermentation tanks, condensers and so on, using electricity.  The naturally cold water from the streams is used. Montanya is a leader and an example of sustainability in alcohol industry,as the company has more than 40 different processes/actions to ensure environmental responsibility. Merchandise acquisition, straw-free bar as well as tasting room are some of the eco-friendly initiatives of the company. Apart from deriving green energy from wind turbines and biomass run sugar mill. 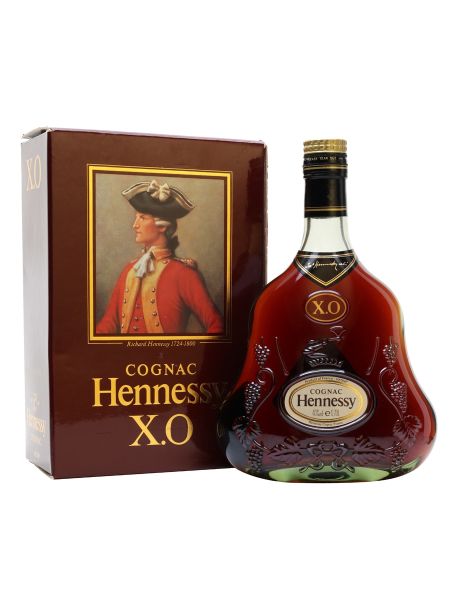 Carbon emissions from vehicles used in the transportation of raw material and the finished products. Hennessey transports their product in their mostly electric fleet of vehicles. This has reduced their carbon emission due to transport by 80%. Try out their cognac also for their spicy, fruit taste, and their efforts to be eco-friendly. 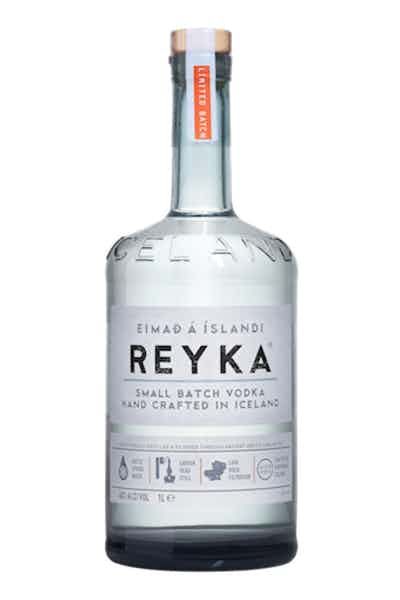 Reyka has built a reputation for being an exceptional vodka. It is filtered naturally through the pure lava rock in Iceland, which yields a flavor which is unique. The distillation process is powered by geothermal energymaking the brand more sustainable.

Carlsburg is a big name in the sustainable spirits industry. The Danish company has made a transition from planet destroying plastic rings to a new invention called snap packs, which sticks cans together. This would save a whopping 1,200 tons of plastic every year and use 76% less of plastic in the packaging. And the brand has said it would share the new tech with other beer companies, making it easier for others. 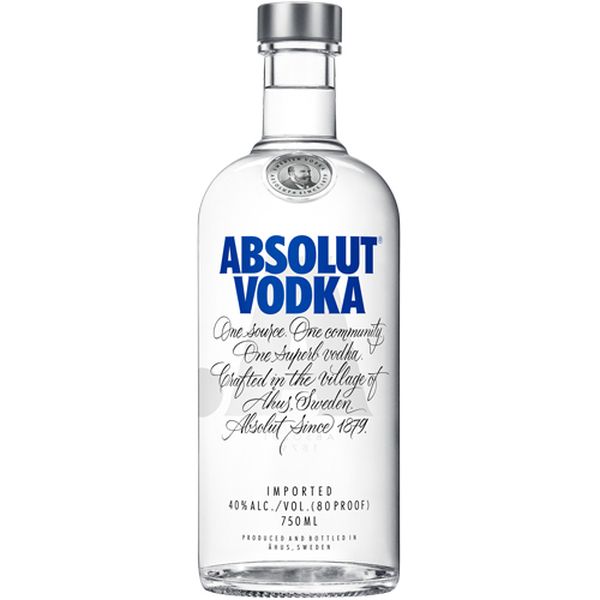 It’s a popular vodka enjoyed by many all over the world. The company is located in Sweden’s Ahus and aims to achieve zero-waste, zero-waste and 100% recycling by the year 2040. Right now, the facilities are carbon neutral, which is also quite admirable. Absolut produces a whopping half million vodka bottles every day.

Besides, Absolut gives back to the community, supporting several international and national charities. They have reduced carbon intensive supply network by harvesting, producing and hiring locally. Absolut is one of the biggestexamples of sustainability in alcohol industry.Their latest initiative is producing the Absolut Elyx Vodka from 40% recycled glass. Elyx has collaborated with Water for People, an NGO which brings clean water to people all over the world. 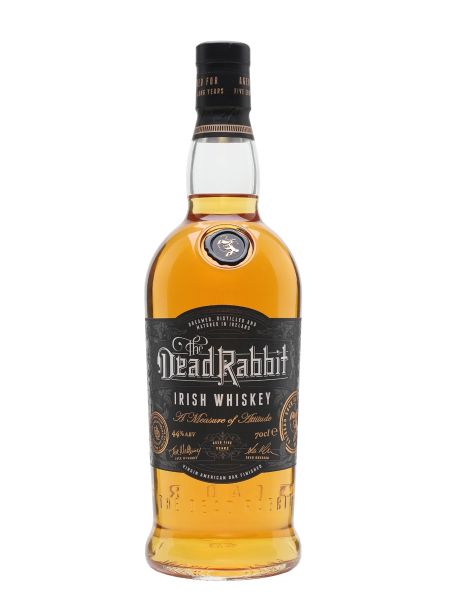 This is a brand which is doing its utmost to spread awareness of depression and ways to combat it. Sean Muldoon and Jack McGarry own a restaurant of the same name in New York, and launched a Irish Whiskey named after the restaurant. The brand is sustainable due to its consciousness for social responsibility.

The owners signed over all the brand’s rights and all the profits to Aware Northern Ireland, the organization which helps fight depression and support the depressed people, as well as those who reach the point of suicide. 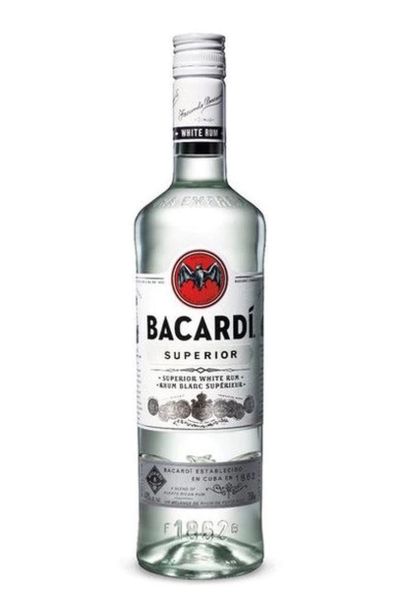 Bacardi has made a difference by operating an initiative called the ‘Good Spirited: Building a Sustainable Future’. The program has helped to reduce the landfill waste by about 35 tons and lowered the carbon emissions by almost 90% at its rum bottling plant in the US. The company aims to source 100% sustainable sugarcane by the year 2022. 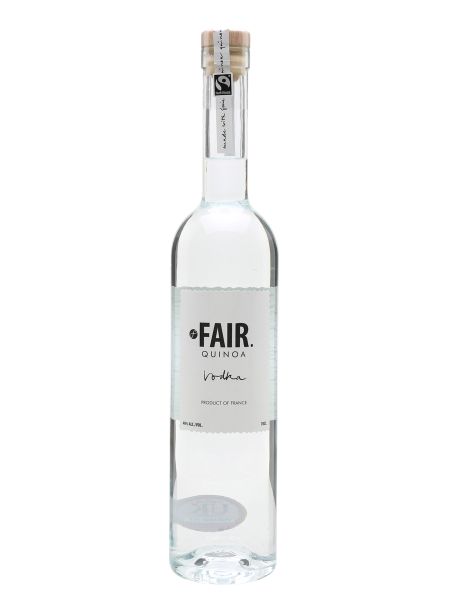 Fair’s quinoa vodka is made with sustainable quinoa sourced from a co-op of about 1,200 farmers in the Bolivian Andes. The quinoa is certified as gluten free and Fairtrade, and thus this is one of the most sustainable vodkas in the market. The vodka itself is made in a small family owned still, in Cognac region, in France. The taste is interesting too, due to the quinoa, has an incredible nuttiness that sets it apart from the usual tasteless spirits, making it stand out in cocktails. 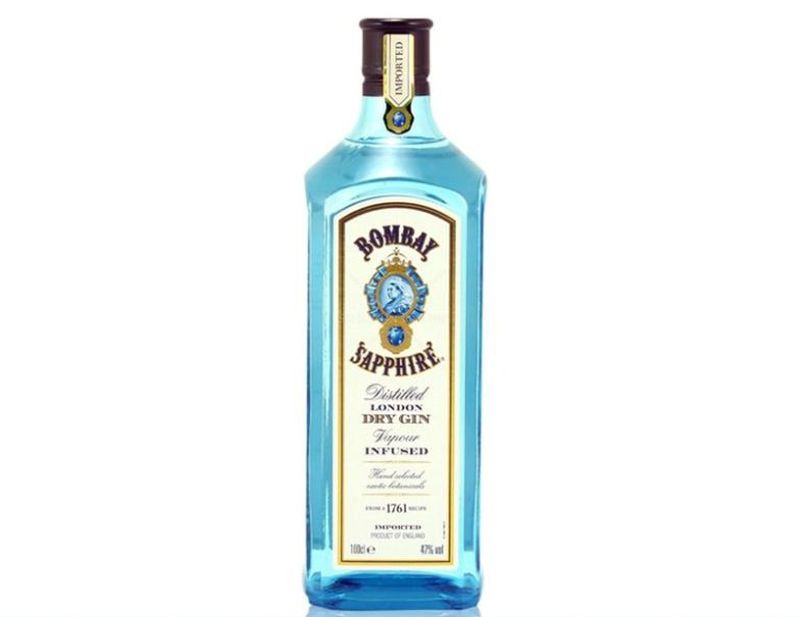 This is an award-winning brand due to its sustainable initiatives. The brand follows the circular system using all the raw material and the waste thus lowering the energy demand. The biomass boiler uses the by-products to create green energy, and it is also powered by hydro energy. 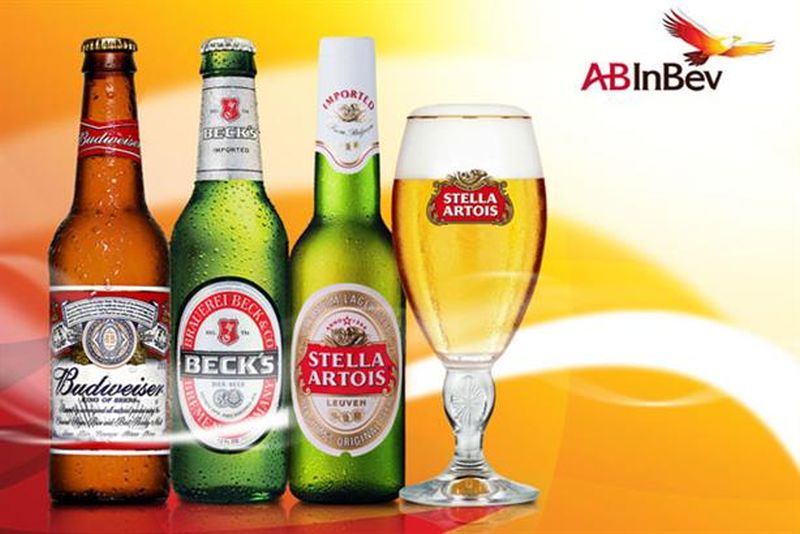 Beer drinkers have shown that they can pay more for sustainable beer. The beer industry therefore has gotten more creative and come out with beers which are eco-friendly. This brand sells beers like Budweiser, Corona, Sella Artois and others. The company has the aim to be powered entirely by renewable energy by the year 2025. For now, Budweiser is the beer from Anheser which is brewed by 100% renewable energy.