Electric bikes have been around for quite some time now. However, the standard issue with these e-bikes is the charging, as they require a dedicated electrical outlet to plug and charge them. While solar bikes can provide a possible alternative to this scenario, the myriad photovoltaic cells and panels, mounted all over the bike, would make it look more like sci-fi contraption than a normal bike. 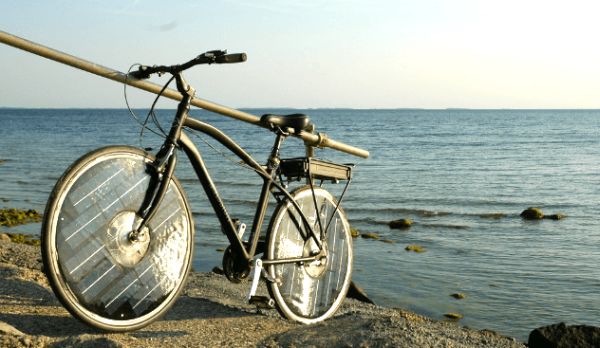 This may no longer be an issue, thanks to Danish Solar Energy Engineer JesperFrausig. Frausig has built an e-bike that uses photovoltaic panels for charging, albeit without looking like a contraption. The Solar Bike is like any other normal bicycle. However, unlike a normal e-bike, the Solar Bike does not need to plug into a socket when charging. Rather, it utilizes the solar charge stored in its battery to move.

Rather than using off-the-shelf components, Frausig opted to integrate the solar panels and the battery into the wheels of the bike and its central frame. This leads to a more integrated design that helps reduce weight and related aerodynamic drag. As a result, the Solar Bike weighs only about 37 pounds when compared to other e-bikes which weigh more than 70 ponds. 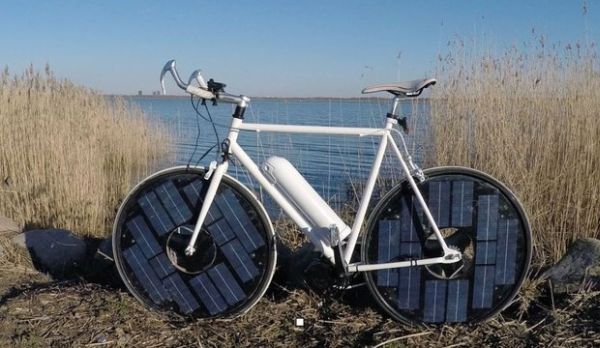 The Solar Bike utilizes a 500-watt electric motor mounted onto the pedal assembly. Fitted into a tube like container, a lithium-ion battery pack is fixed to the main frame of the bike. The battery gets power from several disc shaped solar panels affixed inside the wheel spokes. These solar panels can collect over 25 watts of solar energy on either side on a sunny day.

The panels supply the power to the battery that, in turn, helps the bike move. Surplus energy stored in the battery is used to power the e-bike on cloudy/rainy days. Users can also charge the battery from a household outlet, if the sun decides to play hide and seek.

The Solar Bike can reach the top speed of 30 mph and offer a range of 40 miles on a single charge. A handlebar mounted control also allows riders to choose their desired speed, while the sensors located in the pedals supply the required electrical assistance, in addition to the one produced by the motor.

A Danish engineer has created solar powered e-bike that uses solar panels, fitted on the wheels, for charging. The Solar Bike also offers a striking design that would appeal to riders.