Did you ever wonder if it is possible to run a vehicle powered fully by the sun? Well, earlier we have witnessed many innovations, which make brilliant use of solar panels and even solar powered air-planes, but never thought of adapting solar energy for daily commute. The CTO of healthcare brand Vecna has done just that. He has built a solar powered Volkswagen bus for his use. 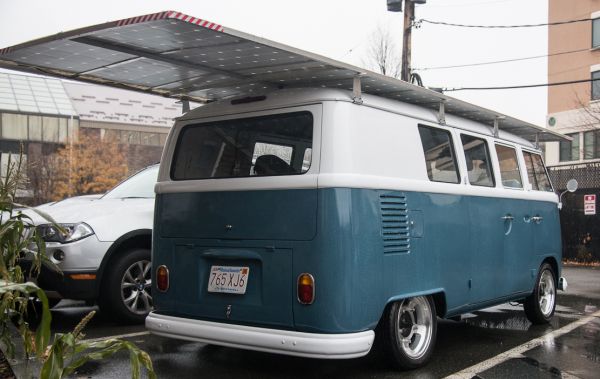 Daniel Theobald has been riding his solar powered Volkswagen for a year now. His innovation might be successful in inspiring automakers into making more eco-friendly, solar powered vehicles. The entire auto industry will go through revolutionary changes if more vehicles are powered by the sun. In a world where there is dearth of food and fuel, it would bring a very welcome transformation.

Commercial vehicles can be made by using the solar powered Volkswagen bus as a model. Daniel Theobald has built it with the help of his colleagues after numerous brainstorming sessions. It is the proof that solar power can be utilized for transportation and if it gels well with a Volkswagen model of car then it will work with most other popular brands of cars. Vecna might start using prototypes of this model as delivery robots for hospitals. 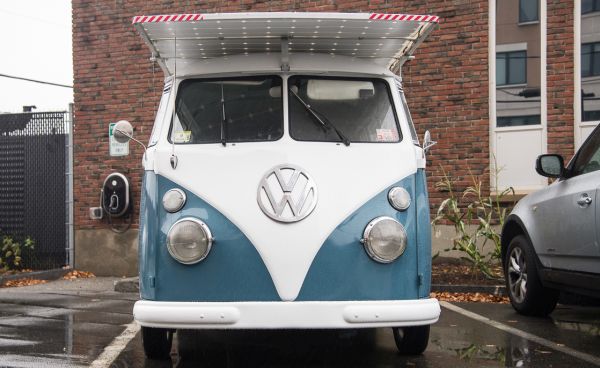 Theobald also did not expect to succeed in making a completely solar powered electric car. He desired to build a hybrid car which saves fuel. He bought the mini bus from Craigslist and transformed it into an electric model at first. Thereafter he began to experiment with solar energy. Theobald spent $200,000 on this project and installed over ten solar panels on the roof of the mini bus. The installations have changed the appearance of the bus but they have also been effective in turning his dreams into reality.

Vecna’s CTO has designed and built an awe-inspiring solar powered mini bus which he uses for personal commute. This model can change the concept of fuel driven automobiles forever.