What’s Next: Low cost wind turbines for the developing world 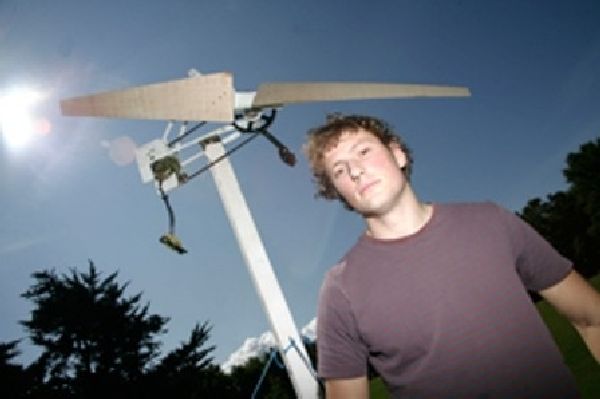 In the present era, the renewable energy realm has a share of about 19 percent in worldwide electricity generation. Now, for the uninitiated, this may seem to be a paltry figure, but if we go by statistical expansion, the ongoing phase is certainly propitious for sustainable output. As a matter of fact, total power capacity from renewable sources momentously exceeded the world capacity of nuclear power for the first time in 2011. In this regard, the major progression was actually witnessed in the case of wind power, with a whopping increment from 6.1 GW in 1996 to more than 200 GW by 2011.

While, wind power market penetration is expected to reach over 8 percent of worldwide electricity usage by 2018, the predicament lies with the quality of technology, rather than quantity. The intrinsic mechanism of major wind power oriented installations still entail the utilization of conventional wind turbines. Now, these behemoth constructs do have a slew of problems ranging from practicality to spatial attributes. The disadvantages include comparative high costs, requirement of larger areas and even their susceptibility to natural effects like lightning and storms. Moreover, bigger turbines are known to cause significantly higher levels of sound pollution (striking almost 50-60 decibels on an average).

In such circumstances, the relatively nascent ‘green technology’ oriented industry should look forth to adopt a more flexible, low cost yet efficient approach to wind power generation. The solution should not only encompass improving statistical figures, but also provide a collective foundation of sustainable power, to reach to the masses (both locally and commercially). Fortunately, there have been some adroit conceptions conceived by a few ingenious designers to cater to this cumulative scope, albeit with an ardent essence of practicality.

When we talk about the fruits of conventional wind energy, the sustainable impact is actually felt less in the urban sector. In answer to this, scientists at Hong Kong University and Lucien Gambarota of Motorwave Ltd. have contrived the ‘Motorwind’. Envisaged as micro-wind turbines, the design comprises of light weighted and compact rotors (at only 25 cm diameter) that are arranged in an array. To be ‘hanged’ like wet clothes, the flexible $150 system is touted to generate credible amount of power, with wind speeds even as low as 2 meters/second.

We did mention its suitable application in the urban scope, where wind speeds does have the tendency to decrease . For the device, testing has shown a credible output of around 131 kWh/yr for average wind speed of 5km/hr. Moreover, the overall cost can also get subsidized once the technology has strengthened its commercial appeal; thus making it a viable yet sustainable option for more number of consumers. 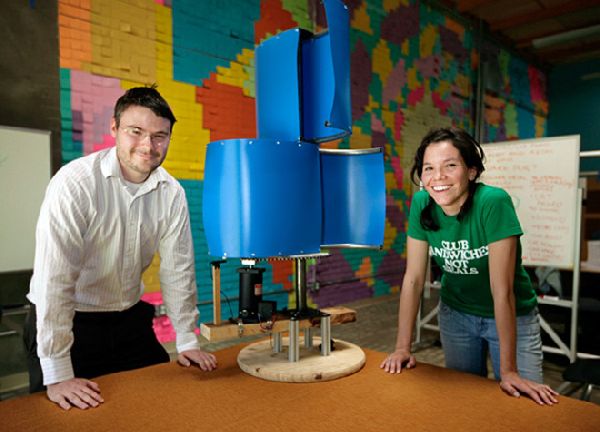 Simplicity is the name of the game in this practical wind turbine contrived by one David Fisher. The mechanism entails an efficient yet uncomplicated design that is based on curved blades and a vertical axis. But more importantly, the material used for the construction seems to be a low cost plastic component, complimented by a modest electromagnetic generator.

The effortless mechanism righteously alludes to the trend of green technological progression within the scope of vernacular and local constraints. With this kind of ‘simplistic’ yet low cast advancement, clean wind power can certainly make its foray into the energy eco system of developing countries.

Finally, a design that looks forth to solve our labor related problems, product design student Max Robson has ingeniously devised his low-cost version of an efficient wind turbine. Created entirely form recycled scrap, the relatively compact prototype (with 1.8m width) can generate up to 11.3 watts of power, which is good enough for a lighting fixture for at least 63 hours.

According to our young designer, the total cost for building his vernacular project just came around $37. And that is not even the best part; because Robson sees the meager cost going conveniently further down, when the design is replicated in developing countries. Moreover, the uncomplicated mechanism of the conception will allow unskilled workers to build it from locally available materials, and that too within a day. 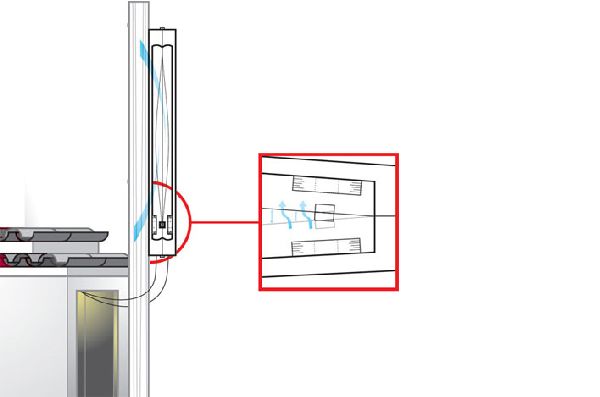 Real conscientious innovation is always fueled by limited budget, not infinite resources. At least that is what 28 year old California based inventor Shawn Frayne has proved by his fascinating micro-turbine design, called as the Wind Belt. Touted to be 10 to 30 times more efficient than any comparable micro-turbine, the main component of the contraption includes a taut membrane fitted with a pair of magnets, which oscillate between metal coils.

The designer thinks his conception can aptly pose as the alternative yet sustainable solution for petroleum oriented products, such as kerosene lamps. The clean harnessed power can be used for small scale LED fixtures and radios. As a matter of fact, Frayne has also thought of a symbiotic economic system, where the proceeds from Wind Belt’s applications in industrialized countries would help in funding other green technology oriented systems in developing countries.