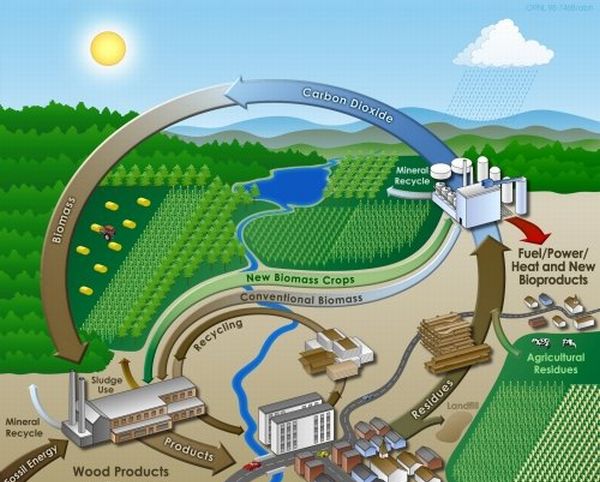 The paucity in supply of fossil fuel and its escalating cost have encouraged researchers to device novel technologies to harness the energy stored in organic substances. Bioenergy is rapidly emerging as a viable alternative to fossil fuels, the dominant energy source in today’s world. Two centuries ago, bioenergy was the planet’s sole fuel source. This renewable source of energy is derived from organic matters, known as biomass, which traps the sun’s energy in the form of chemical energy. 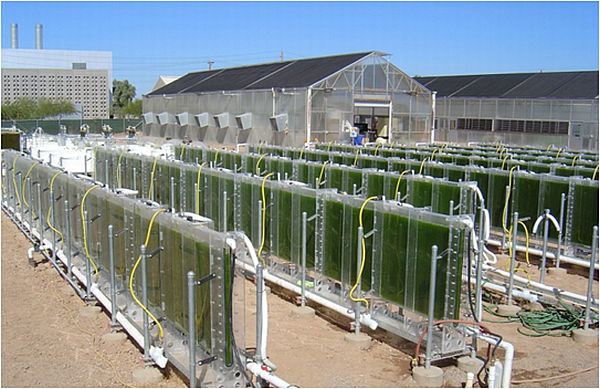 BIOS-FIN, a concept inspired by studies made by Scottish Bioenergy and the photobioreactor model developed by David Cardello from Arizona State University, is expected to revolutionize the bioenergy production system in the future. The photobioreactor, conceived by Charles Lee, features a building with facades resembling an array of vertical blades. The blades, made out of algae, the bio filters of nature, harness the sun’s energy to power the building. Besides generating solar energy, the blades would absorb CO2 emitted from the building. In addition, the building façade will function as a wastewater treatment system. Just like algae that changes color at different levels of salinity, the colors of the façade would change with changes in the level of CO2 absorbed by the algae filters, displaying an attractive rainbow colored pattern on the exterior of the building. The Bio Energy Recovery System (BERS), developed by Anheuser-Busch in St. Louis, USA, might be replicated by other manufacturing industries for generating bioenergy needed for sustaining their operations. The wastewater treatment facility of Anheuser-Busch transports the graywater collected from the brewery to an airtight reactor. Here the anaerobic bacteria feed on the small organic matter in the wastewater, producing methane in the process. The gas is then transported back to the brewery to power the boilers. The Bio Energy Recovery System processes approximately 5.5 million gallons of wastewater daily. The biomass supplies 10 to 15 percent of the total energy used by the brewery. The Navajo Indian Reservation, located in Naatani, Arizona, boasts of BioEnergy Domes that supply food and energy to the residents of the region. It houses a fresh water pond that supplies water to numerous plant trays placed inside the Dome. Almost 11lb of chemical free organic vegetables is produced by the dome farm each day. Besides facilitating organic food production, the BioEnergy Dom plays a key role in generating bioenergy. The energy crops cultivated in the domes are transported into methane production plants, where the methane generated is converted into electricity. In addition, duckweed and algae that supply food to the fish and function as natural filters for treating wastewater in the pond also function as biofuel.

Currently, bioenergy accounts for more than 15 percent of the world’s total energy consumption. This cost effective source of energy could significantly cut down the level of carbon monoxide and other toxic substances in the air. Conversion of waste matter into energy aids sustainable development. Widespread cultivation of energy crops could provide employment opportunities to millions of people. Unlike food crops, energy crops could be cultivated in marginal infertile lands. Cultivating energy crops is considered an effective method of arresting land erosion and desertification. Moreover, the crops could enhance the fertility of the soil by replenishing the depleted nutrients.

Although bioenergy is touted to be a cleaner alternative to fossil fuel, it is certainly not the planet’s cleanest source of energy. As a source of carbon dioxide and other greenhouse gases, it contributes to environmental pollution. Cultivation of energy crops is an energy consuming process. The energy used for planting, cultivating and harvesting the energy crops is greater than the energy generated by the bio fuel. Despite technological advancements, biomass is not an efficient source of fuel for transportation. You might need more biomass than conventional fossil fuel for powering your car engine. Crops used as biomass such as corn, barley and wheat are largely seasonal crops that are not available throughout the year. Increased use of plants as fuel might adversely affect the biodiversity of the planet. Moreover, using land for cultivating energy crops instead of food crops is a debatable issue that needs to be addressed by policy makers.

The success of bioenergy development depends upon its impact on food security and environmental consequences. In recent years, several initiatives had been taken to address the socioeconomic and environmental impact of biofuel production. More and more international companies are foraying into the bioenergy sector. Among the international companies, BP Biofuels is a leading bioenergy technology company. Other leading bioenergy manufacturers include Novozymes, Enerkem, Abengoa Bioenergy and Petrobras.