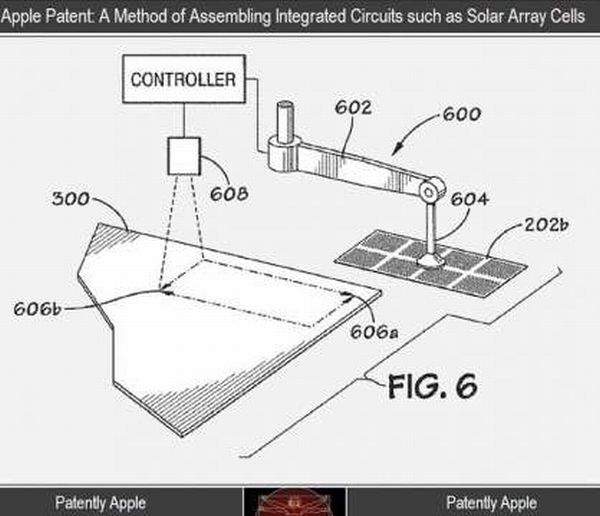 Apple Inc. has a number of patents, a couple of them really seem to be interesting. These were filed recently in February 2011. Apple is doing research in methods, which help in harnessing the solar energy to run all the portable devices. Five of these patents have been covered in this article. The first one is regarding assembling integrated circuit. The second one is about various methods to use the sunlight in-order to illuminate the display screen. The next patent is about the display screen, which is light sensitive. The fourth patent is to make all the Apple devices made in the future, to be grease and fingerprint resistant. The last patent is about integrating solar energy for all media players. Have a look: 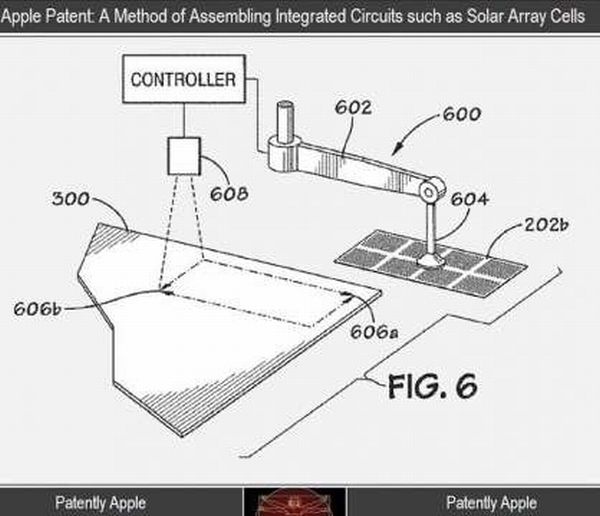 This patent is of the method to assemble the integrated circuits like the arrays in the solar cell panels. It mainly involves the placement of the chips using a device for placement onto the surface of the device. This placement will help the device to obtain energy from the sun.

2) Patent for methods of harnessing sunlight to illuminate display screen 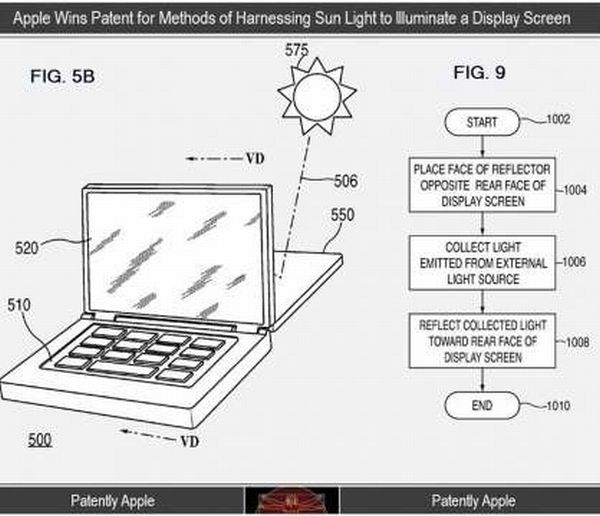 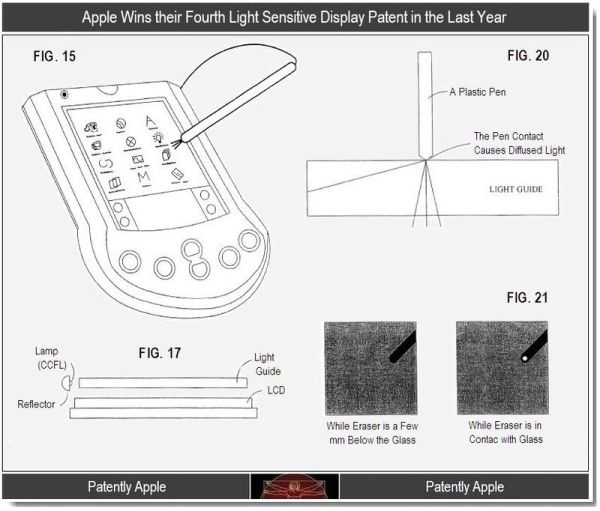 A display is basically a stack of layers that are configured to display an image. This stack of layers has many elements, and each element has been configured in such a manner that it may sense the light. There is a pixel electrode, which is in the form of a matrix that has two sets of pixel electrodes. Now, both the sets of pixel elements are of different sizes, but they are arranged in a periodic order. The display is configured in such a way that it modifies the frame data in order to compensate for the size difference between the two sets. Apple has patented this technology. 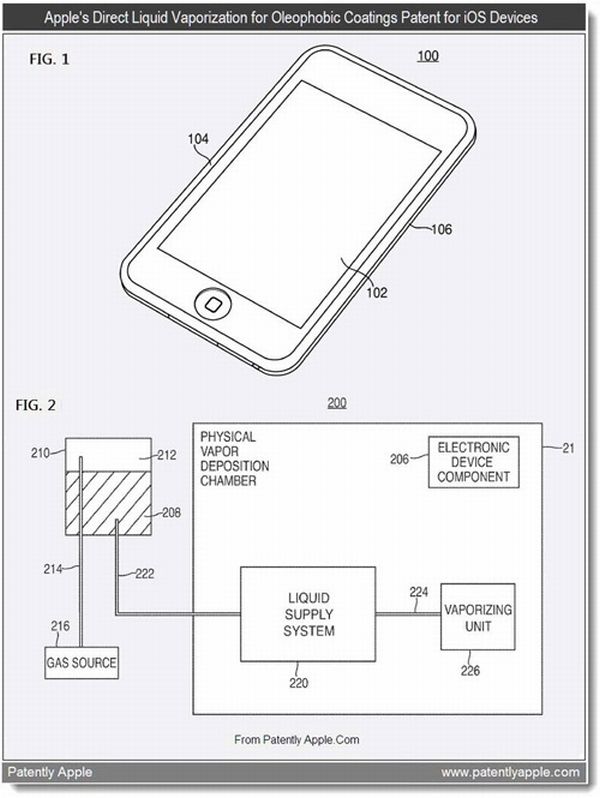 Apple has patented a new type of coating screens for its iOS devices, which is oil resistant. Apple is coming up with an oleo phobic coating, which uses directly a liquid application. Usually, when a person touches the screen of any device, the oils from the finger gets deposited onto the screen and this causes smudges and many fingerprints. This obscures the visibility. The main ingredient could be a raw liquid, which will be stored in a bottle that has been purged with an inert gas so that there are no adverse reactions when the gas is exposed to air. This bottle will have a vaporizing unit, which will deposit the liquid on the display screen. The current coating used on the device is heat based and this reduces the effectiveness as the device is being used. Now, the new coating can make future Apple products oil resistant to a greater extent and also almost fingerprint proof. 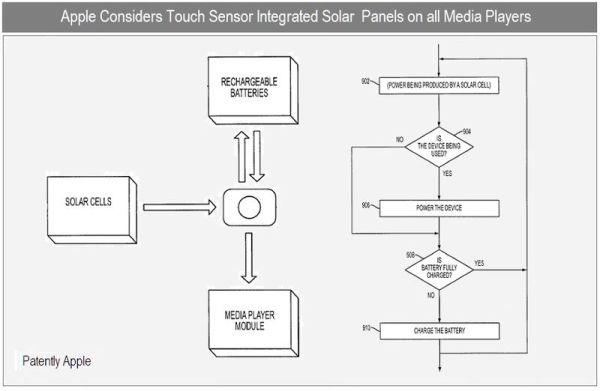 This patent was applied for in year 2010 which is about media players that are solar powered. This patent implies two things: Firstly that Apple’s vision is to enable the usage of solar power to all of its products, right from the iPod to an iPad. Secondly, this is about providing a detailed method of integrating solar cell panel just beneath the touchscreen, rather than placing it below the top surface of all their media players as previously announced. At least it is certain that Apple will not be sacrificing the design. The design shift supports the iPhone prototype, and by changing the backside of the phone to a non-metallic surface will give Apple the scope to implement the two-sided solar pane design. The battery life will double with this technology. This technology is yet to be implemented. Pane, that cover at both sides of the devices will have covers that are made from translucent or transparent materials. The cool part of this technology is that if some how one side of the panel is blocked from the sunrays or a light source, voltage output will use a technique called as I and II chain cell reactors, that make sure that the media player has a power supply continuously.