Unless you are in an utterly desolate place, you can be sure that your smartphone would always have the network. However, you can’t say the same about your phone’s battery. Especially when you are travelling to someplace remote, you would definitely want to save the battery. In such areas, no matter how difficult it might seem to access electricity, there are a few sources of power that can be of great use to you. Phone chargers like ‘push to charge‘ and solar energy chargers, etc can prove lifesavers. Let us see how these chargers work. 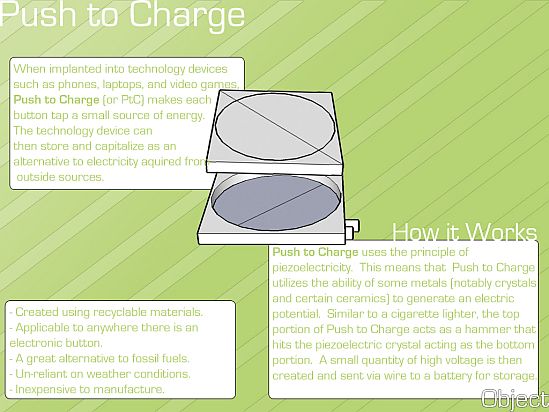 Since cellphones have become the most pervasive gadgets in the civil society, we think the time has come when we seriously think about the amount of power spent by the population of the world on just charging their cellphones each day. An innovative entry called the Push to Charge at Greener Gadgets Design Competition 2008 addresses the same problem. Not only that, it offers an equally innovative solution for it. 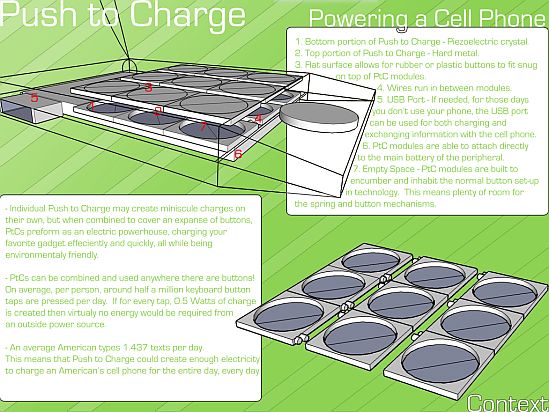 Push to Charge is a system devised which designer Alexander Parker. It proposes to harness the energy created by the tapping of text messages in a cell phone and use it towards maintaining the power charge of the phone. 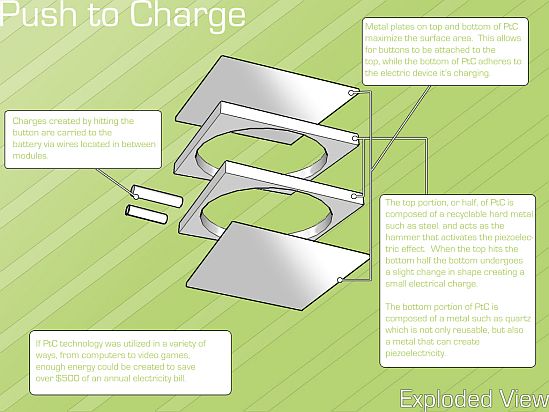 Parker estimates that by eliminating wall outlets for charging the cellphone, a single person a can save nearly 0.144kW a day, or 52.560kW a year. Push to charge could also be implemented in other button-tap devices like laptops, keyboards, or other computing devices. Furthermore, it could potentially reduce the amount of wattage pulled from fossil fuels, wall outlets, and other non-green resources to a great extent. 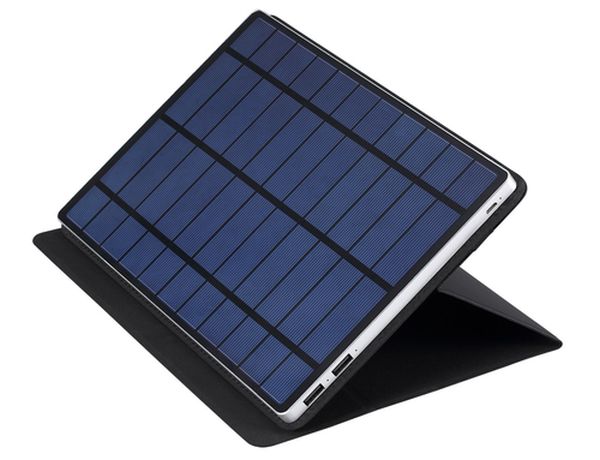 With a capacity of 13,000mAh, this super-powerful solar-powered charger can completely charge a dead iPhone in 90 minutes. Designed for the first generation of iPad, the charger weighs 2.65 pounds. A tilting stand has been provided at the back for best positioning it against the sun. In addition, a battery level indicator is available at the top corner to let you know the charge that is stored in the Solartab. By charging the batteries on the Solartab you can use it even when there is no sunshine. 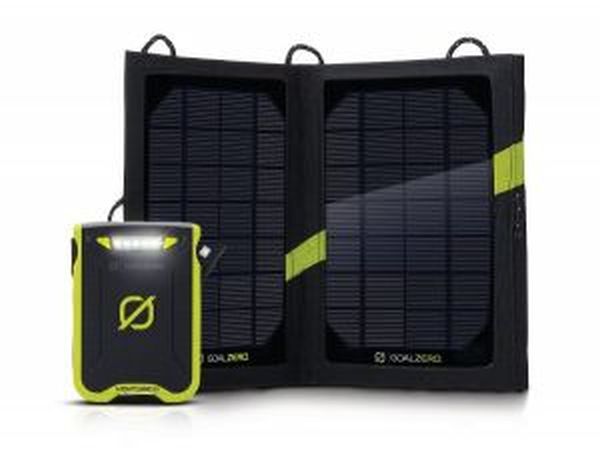 This pocket-sized dual power bank and solar charger can be used to completely charge three smartphones. It features two USB connections and can be used with an electric supply to completely charge the power bank within five hours. When the stored power begins to run dry, you can use the solar panels on the easy to carry a charger. Moreover, you can charge the batteries again for use. 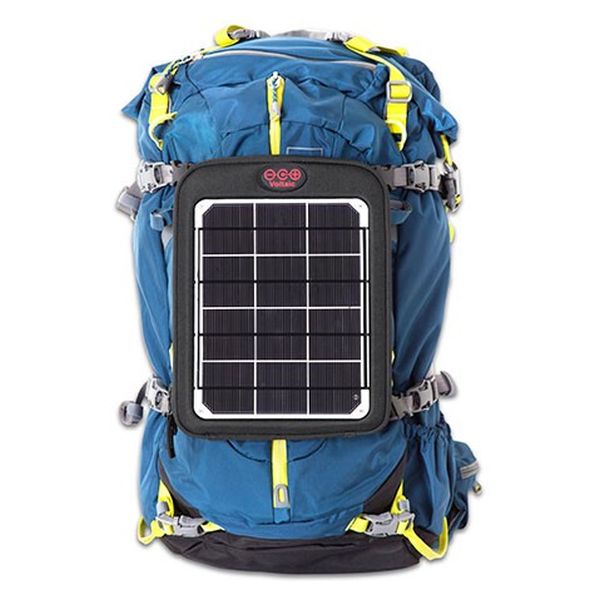 This effective portable charger can be simply clip on your backpack and carried around to charge it with the solar energy. Giving a four-to-one ratio of smartphone charging and a one-to-one ratio for tablets, it is just the size of a magazine and makes an ideal charging solution for hikers. The charger has a zip-up compartment where you can place your connected charging device and carry around as you hike. 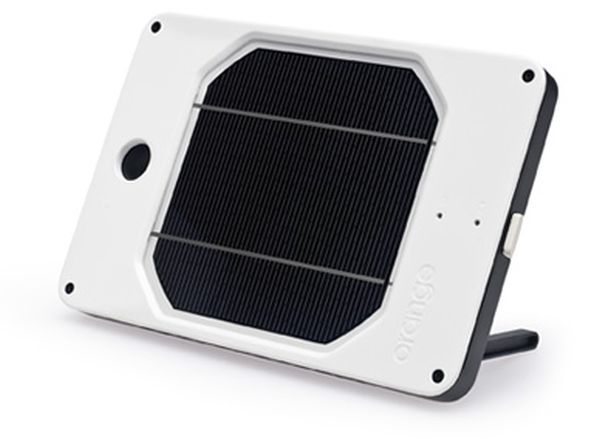 This robust charger can be used in the toughest of environments thanks to its metal build and recessed corners to prevent damage on impact. A unique feature of this charger is that it is waterproof and can be used underwater to charge too. Additional accessories can be added to the back like reflector panels to increase the effectiveness even more. A 5400mAh battery is housed in the tough build giving you theoptimum quantity of power when you need charging. 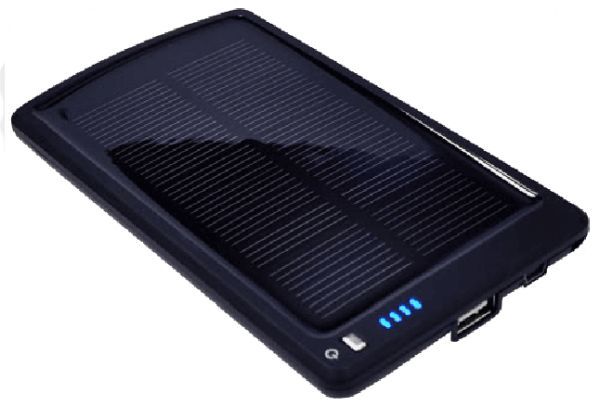 A steal at the price of mere $20, this charger provides efficient charging with its 4000mAh capacity. The device can provide you the ability to plug in a variety of different devices as it comes bundled with 10 different charging tips. It has a front-facing LED indicator to let you know how much charge is left in its battery. The system will automatically shut down once it has charged your device to a maximum. It weighs 6.5 ounces and is easy to carry around on your trips. 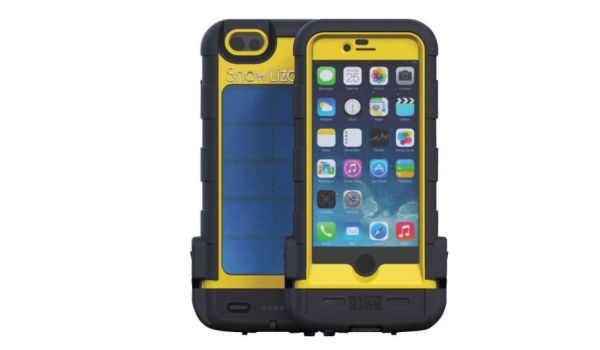 Completely eliminating the need for carrying a charger and USB, this solar charger will also protect you iPhone by acting like a case. Making the process ounces easier, all you have to do is turn your phone upside down to charge the batteries in the case. Featuring a 3000mAh storage capacity, the SLXTREME is waterproof and also protective. 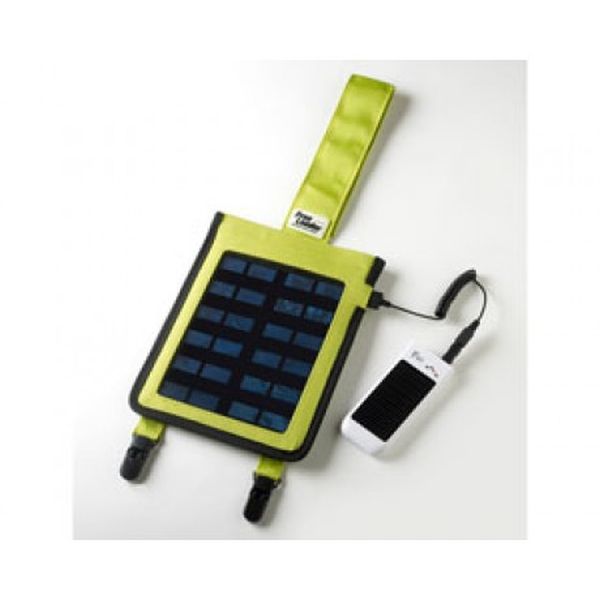 This rubber based charger is built for handling impact with ease. Waterproof and ranking high in the mid-priced range it is a great option if you are looking for affordable and efficient solar chargers. It takes an average of three hours to completely charge an iPhone and works well with all USB compatible devices. 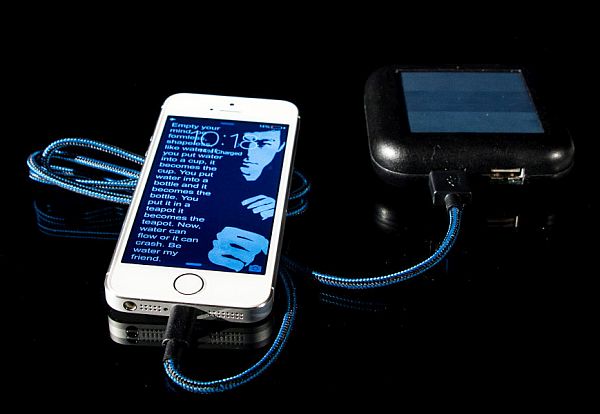 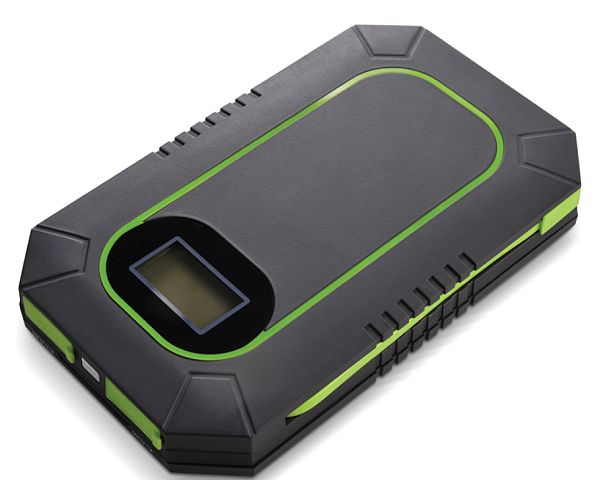 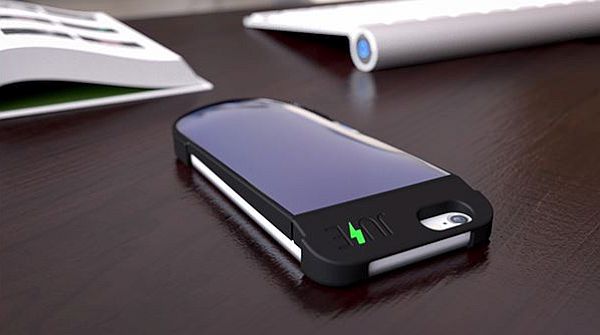 Transforming the way we charge our mobile phones, Indiegogo’s Juse is a phone case that promises to power your Smartphone anywhere, anytime. If materialized, the ambitious Smartphone case project will resolve the problem of regular charging. Claimed to be the first perpetually powered solar nano case, the Smartphone charger features solar cells in rear to store energy in a nano battery that will directly charge your phone. Compatible with a wide range of devices, including Apple iPhone6 and 6 Plus, Samsung Galaxy S5 and Samsung Galaxy Note, the radical solar charger is sure to end your charging woes. 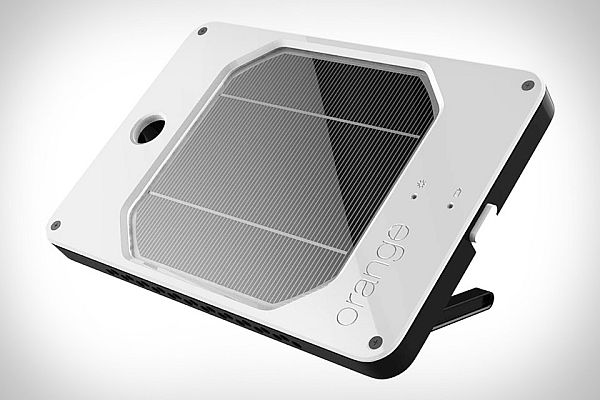 Capable of capturing 20 times more power than regular solar chargers, JOOS Orange is an incredible device to juice up your portable devices, including Smartphone, on the go. All you need to do is expose the charger to sun for one hour and communicate with your friends and family for two hours. The best part is that the solar charger continues charging even when you take it underwater.

Solar chargers are an effective and efficient way to charge your mobile devices like a Smartphone. For they provide instant power to juice up your portable gadgets while allowing you to play your part in sustain the environment.

Just plug the phone and charge the battery for further use. However, the problem arises when you are exploring a far off place. Add to it the fact that you do not have any power source around to juice up your phone. Here come the eco-friendly chargers to the picture. These allow the users to charge their Smartphone and other devices using the heat of the sun.