Nature is in perfect harmony with itself. However, we humans are beginning to prove that we do not lie in this harmony. Not only our modern life creating lifestyle diseases for us, it is also damaging the environment. Furthermore, even important resources like portable water are becoming scarce. Cities like Cape Town and Chennai have already faced a water crisis. Moreover, if the reports are correct, more than half of the world would be facing an acute water crisis in just about 30 years. To avert it, the best way is to regain the harmony with nature that we have lost. Utilizing nature-inspired products like Accumuwater Water Tower is one step in that direction. 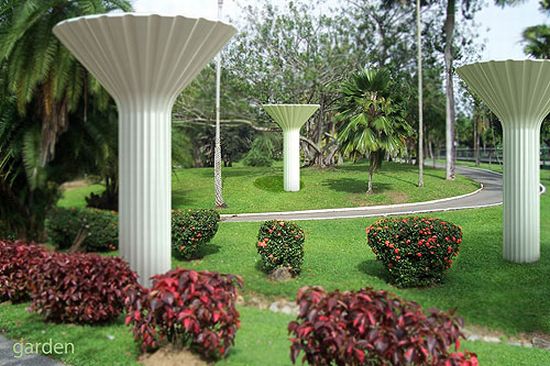 The Accumuwater Water Tower by designers over at Mojorno aims to provide water to people living in areas with no sources of fresh water. The nature-inspired system takes the shape of a tower with a hollow center, which collects rainwater. 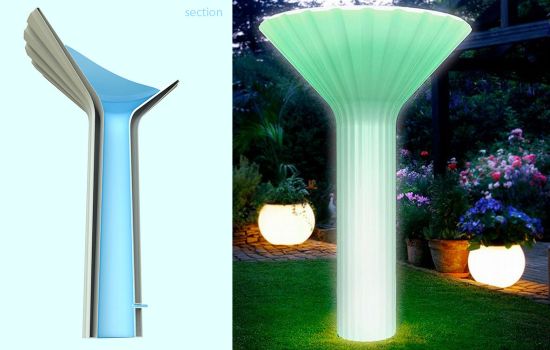 The idea of the project is to place these towers in strategic locations, where they can collect rainwater and provide it to plants and vegetables growing in their vicinity. Users can also fasten a small hose to the base of tower to reuse water elsewhere. The towers have a coating of fluorescent materials that illuminate them at night. 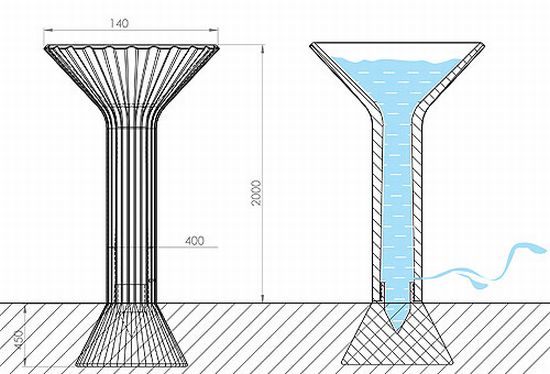 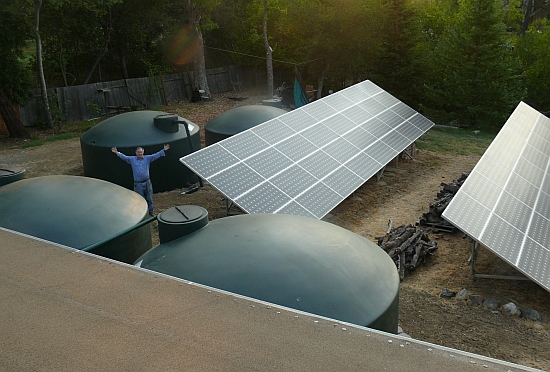 For many of us, rainwater harvesting is nothing more than storing rainwater in a tank that we can later use for irrigating the plants in our garden once a while. However, a California man is taking water conservation to the extreme by building a system capable of holding about 20,000 gallons of rainwater each year.

He doesn’t use all that water for consumption. In fact, he uses a large part of it to irrigate crops he grows for himself and his wife on a one-acre lot. The developer, Jerry Block, claims that he could also use an inexpensive filtering system that could make the water fit for consumption.

The water reaches the humungous tanks through a sophisticated gutter system. After spending $29,000 on the project, the inventor is also opting to use the gray water for toilet flushing. 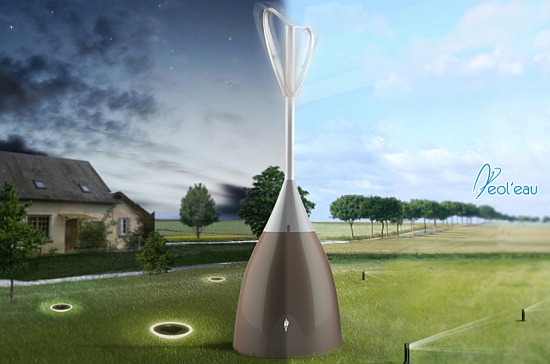 Ingenious rainwater harvesting systems are nothing new to us, but we never miss a chance to share the most creative rainwater harvesting systems that can not only provide water for you and your family but also for the plants that you love so much. Julien Bergignat is one such designer who thinks that apart from collection rainwater, his system does generate electricity as well for you to charge your gadgets or perhaps even power your home.

Dubbed the Eol’eau, the system has two modules – the base collects rainwater and keeps it potable, and the other is the wind generator that uses thunder storms to good effect. The base can carry up to 600 liters of water, which can either be purified to drink or used in the garden as it is. 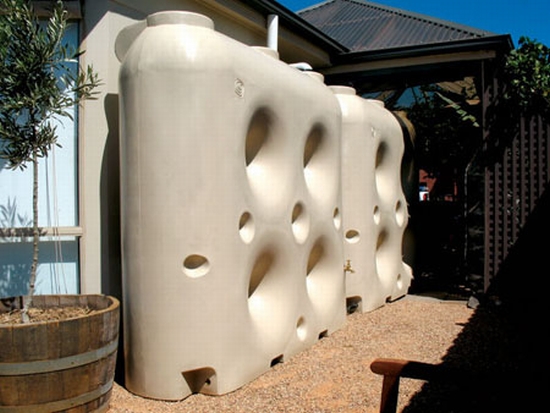 One of the major downsides of harvesting rainwater in large tanks and using it to supplement water demand in your house is the growth of algae in the tank that stores rainwater for a long period of time.

Waterwall’s Fatboy Tank makes sure that it collects plenty of rainwater during the rainy season. Furthermore, it also stores all the water in a safe tank that prevents algae from growing using light-blocking, UV stabilized high-density polyethylene. The tank can hold up to 650 gallons of rainwater and it consists of sturdy materials thus making sure that the tank does serve you for a longer period of time. 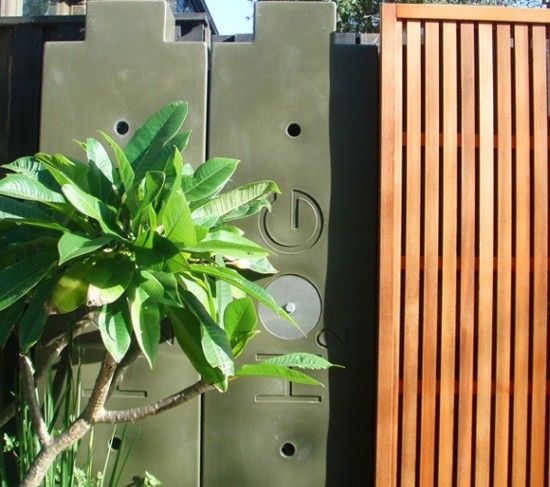 What good are rainwater harvesting systems if they just do what an old barrel installed under the roof does? Rainwater HOG does conventional harvesting using a low-tech profile, but also makes sure that you get something additional from the same, which can save you a few bucks. Designed by Sydney-based architect Sally Dominguez, the Rainwater HOG is a modular rainwater storage system to store water in limited spaces.

Made from virgin food-grade polyethylene, the tanks have a capacity of 51 gallons, a footprint of 1.3 square feet and are 6 feet tall. The modules come in just one color, olive green, and you can place against fences or walls. The best feature of these tanks is their ability as a thermal mass inside homes. Called the Ground HOG in this application, the tanks are first filled with water and capped and then used as store heat energy and lower a household’s energy usage. 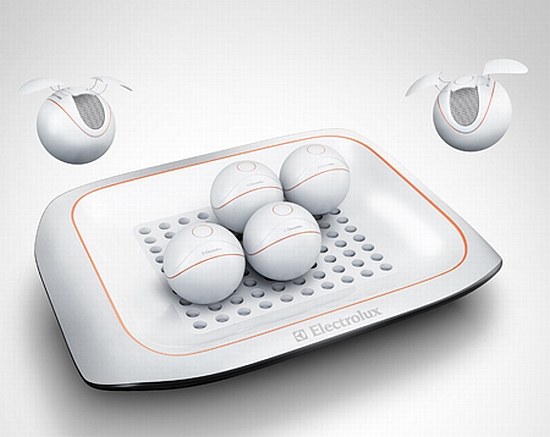 Rainwater is the biggest source of freshwater, which can easily be made potable. Industrial designer Penghao Shan has tried to make rainwater harvesting simple and easy with a product known as the Water Catcher. The system comprises of two components – the rainwater catching balls and a launching station, known as the homing tray. Whenever it’s raining the rainwater catching balls are launched to collect water drops and return automatically to the base station to purify the collected water.

The Homing Tray purifies the collected water and makes the flying balls ready to dispense water. Whenever you’re in need of water, the system can dispense water into a glass, which is as pure as packaged drinking water. The Homing Tray can also read finger prints to verify the additives needed to be added to water to make it potable. When it isn’t raining the water catcher system can also be used to collect tap water and purify it as well. 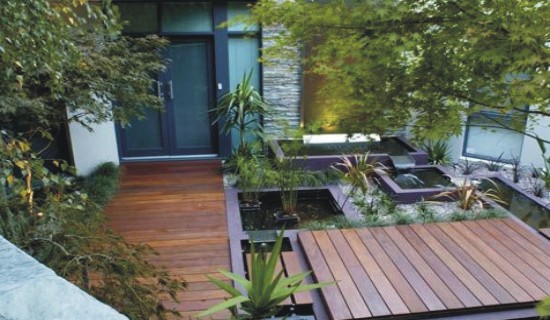 As you might know rainwater harvesting systems simply collect the rain which falls onto the roof, flows along the gutter, through the down pipe and into an underground tank. This is all via the integrated cross flow self cleaning filter, removing unwanted particles from the rainwater. But did you ever imagine the same rainwater to be composed into gorgeous designs? Well the eco-friendly, modern, unique water designs by H20 use minimal amount of water for operation, and utilizes recycled rainwater from the environment to create pure magic!

A hidden water storage unit is installed to keep water features functioning for extended periods of time without tapping into external water supplies. The whole concept is superb as its environment friendly, conserves water, collects rainwater, requires minimal maintenance and can be easily integrated into any other water feature. Creating an outdoor dreamy experience you didn’t know was possible, while conserving water and keeping the environment on the top list.