Watching movies is a fun outing we all love. It’s a welcome break from real life where we lose ourselves in fantasy. We should not however, forget ourselves completely. We have to continue to follow our green lifestyle in the movie theaters too. Start by buying less popcorn, for one, so that you don’t have to throw out the rest later. Besides, eating less of the lavishly buttered popcorn is good for your health too. There are many more ways in which movie hall builders, management and movie lovers like you can make movie-going experience more sustainable.

Environment friendly measures by the builders 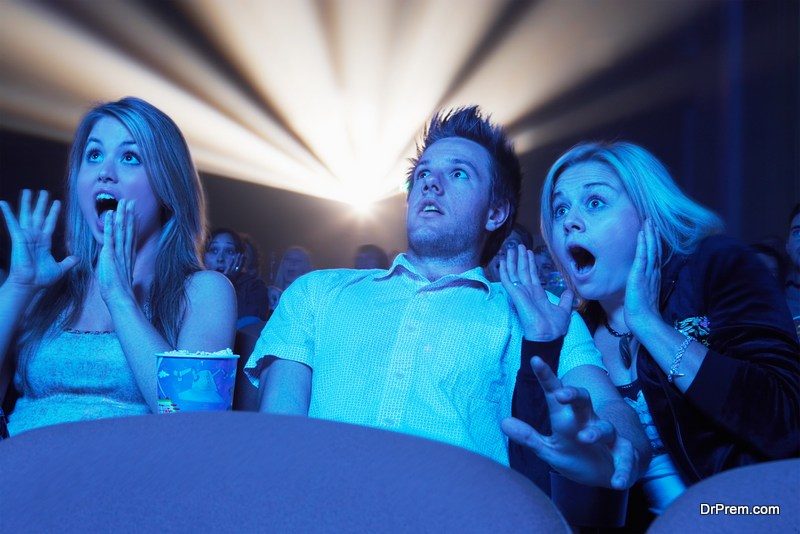 Movie theaters need a lot of electricity to run. Many theaters have tried to make sustainable choices. In London, an analysis proved that the energy consumption of theaters was extremely high. The emissions too were very high, about 50,000 ton in a year. The huge number is equal to the emissions of approximately 9,000 homes and it does not include the emissions released by cars when movie patrons drive to the movies.

Eco-friendly theaters can reduce emissions which would help the environment, and help the movie theaters save money as well. Many theaters around the world have started using sustainable energy, such as solar energy. 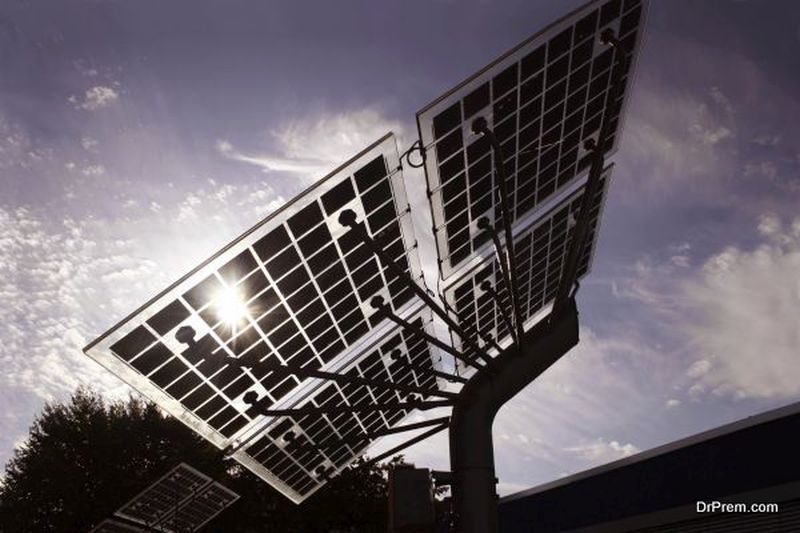 Driving to theaters cause about 35,000 tons in a year, which can be reduced by 60% if proper measures are implemented. For example, Cinema West, a theater based in California has introduced solar powers in two of its locations. Cinema West’s theater in Fairfax has the title of being the first solar powered multiplex.

Their Livermore Theater has the world’s biggest solar installation. Cinema West has plans to install many more solar-panels at the Palladio Cinema West theater. The company has been installing solar, as there are many tax benefits, and the reduced energy cost means the solar panels’ cost is recovered in a few years time. Installing solar energy is one of the ways to make movie-going experience more sustainable.

Another example of green theaters is the Sol Cinema in the UK. It is a theater with a difference – it has been funded by the charity Undercurrents, and is a converted trailer from 1960s. It can seat about 8-12 children or adults and was created to run on four, huge lithium-ion batteries which are charged by 2 120W solar panels. The theater offers a library of short films, music videos and comedies and Undercurrents film. Not only that, Sol Theater encourages people to bring their movies on the environment too. 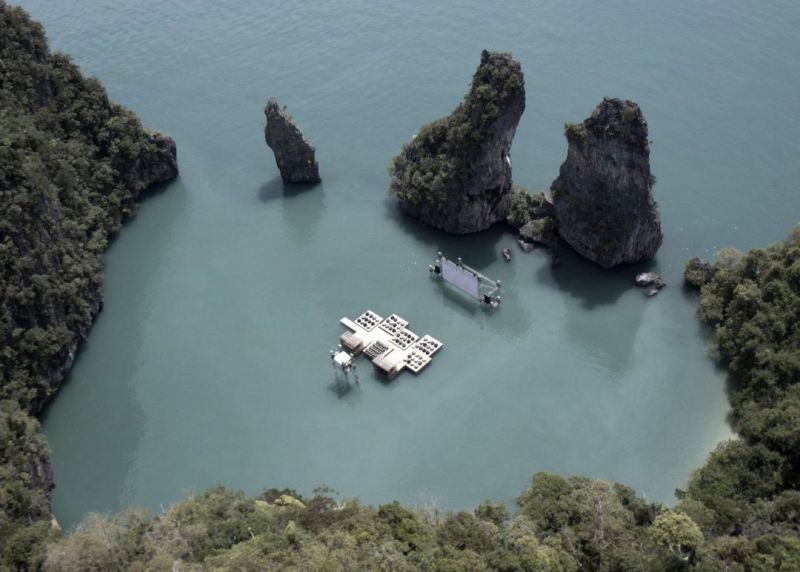 This could be the one of the most eco-friendly theaters that is also very impressive. The theater is considered to be an architectural masterpiece and was especially constructed for the ‘Film on the Rocks’ festival held in 2012. The screen was mounted on some offshore rocks, in secluded cove, and the patrons sat on a unique floating platform and watched the film.

After the movie, the environment friendly theater was given back to the Yao No community which could use the theater for their own functions.

When you go to watch a movie the next time, you can do your bit for the environment by choosing a theater which is more eco-friendly than others. Other theaters which are green, such as the Palm Theater which is on San Luis Obispo, California which was the fully solar powered theater in 2004, and patrons can view the most recent displays of the theater’s energy output in the lobby. California’s Palladio has the biggest solar array.

How can you help?

Say no to straws 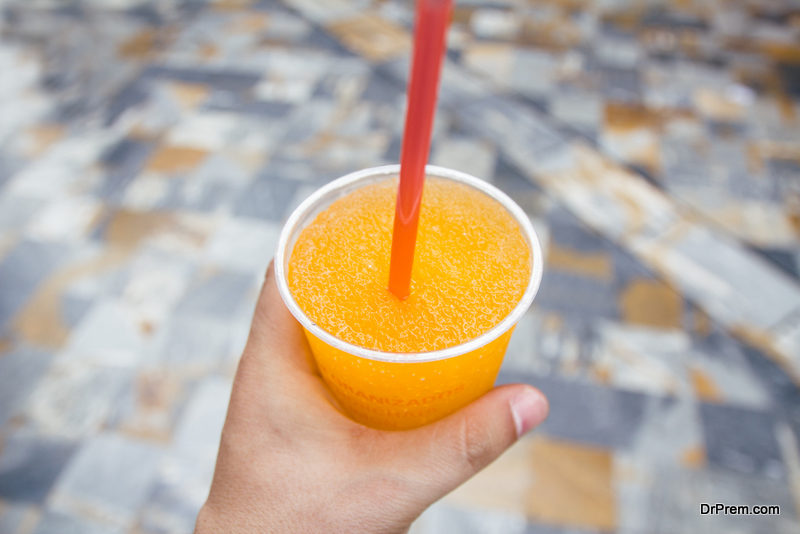 One of the things you can do to save environment, is to say no to straws that come with the beverages you order to sip while you enjoy the movie. On an average, in US, people use approx 500 million straws in just one day. Most of the straws are used only once and then thrown into the trash, which ends up in the landfills and oceans.

To make movie-going experience more sustainable, say no to the straws at least. It’s best if you can avoid the lids as well. If you don’t have to cross a lot of people to get to your seat, you can say no for the lids also, especially if you are confident of not spilling your ice cold or hot beverage on yourself or on other people.

Tickets are made of paper, which can be recycled and put to other use. You can go the paperless method too, and order tickets online or get e-tickets, which don’t need any paper printouts. 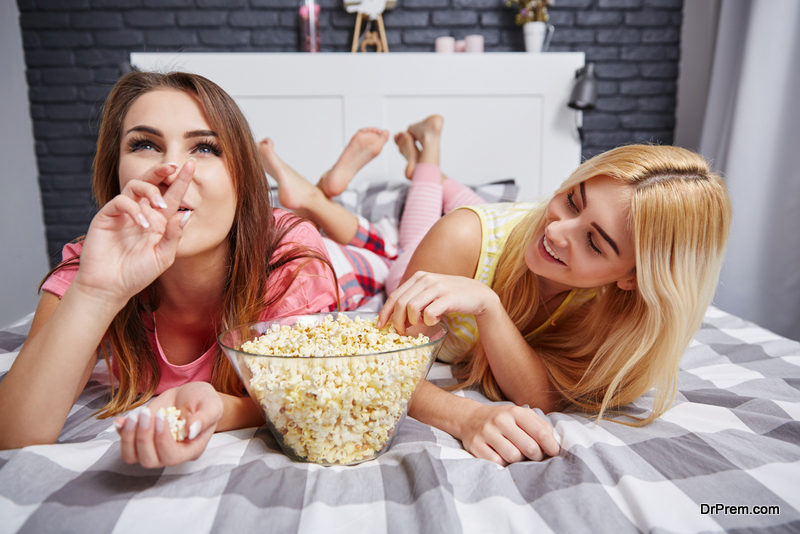 In order to save environment, you can bring home the leftover popcorn, candy or other food. You may have thrown out the uneaten popcorn etc, but you can easily take it home and store in an airtight container. The popcorn will stay fresh and you can finish it later as a tasty snack and relive the memories of the fun you had watching the movie.

Maybe when other people see you taking back the extra popcorn/candy/food, they would also do the same and a lot of food will be used up.

To make movie-going experience more sustainable, use fewer napkins. Just grab the napkins which you want – this will reduce the amount of paper being used, and save a huge number of trees being cut up to make your napkins. It’s important to teach your children too these the value of ‘waste not want not’, for all the things you use, not just napkins.

There are many ways to make movie-going experience more sustainable, which we as movie lovers can do, starting with the things outlined above. Movie theater builders and management can also make some green modifications to the buildings such as installing solar paneling, serving sustainable snacks, providing reusable cutlery and so on.