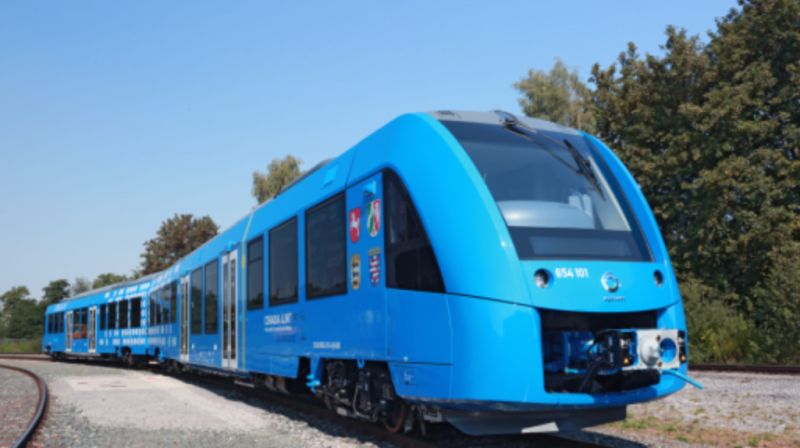 World’s First Hydrogen powered train: All you should know

The first hydrogen powered train was launched in Germany on the 16th of September, 2018. The name of this epoch making train is the Coradia iLint, manufactured by French train manufacturer Alstom. It started ferrying passengers from the 17th September and will be operating on 62 miles in the north of Germany. This is a welcome change from carbon dioxide spewing diesel trains, which are being used in many parts of the world, even in First World countries. Let’s take a closer look at the Coradia iLint, the world’s first Hydrogen powered train: 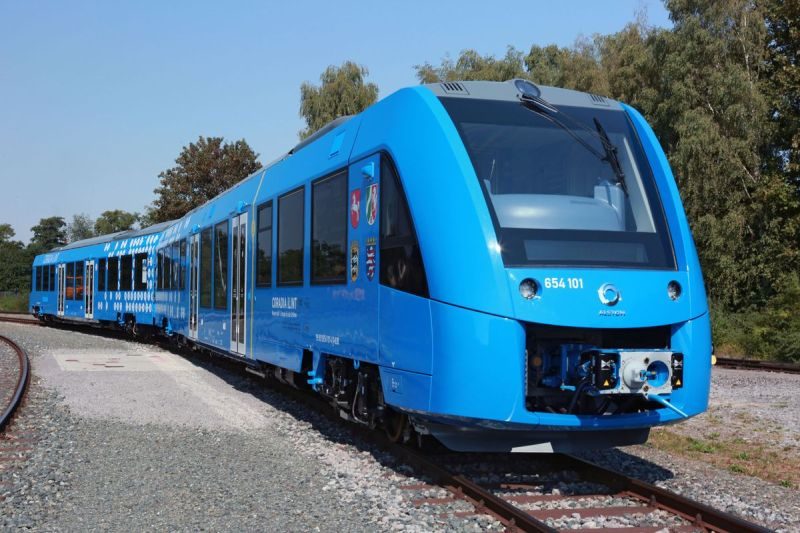 As diesel trains are cheaper, they have been used for many decades. Diesel trains pollute the atmosphere, leading to global warming. Besides, diesel is a fossil fuel which is fast running out. Though electric trains are also eco-friendly, the cost of electrification is quite high. Many governments these days are strained by their budgets and do not have the resources to electrify their trains.

And the need for sustainable transportation is crucial now, as the world has realized the harmful effects of global warming due to manmade reasons. Many parts of the world are already reeling under the effects of climate change as a result of the planet heating up. Diesel trains are a major contributor to air pollution, but due to the cheaper cost, are still plying all over the world. To fight global warming, zero emission hydrogen trains could be the perfect train transport.

Hydrogen powered trains may be the future of locomotives all over the world. Hydrogen behaves a lot like diesel and has a high energy density. It takes just 15 minutes for refueling a tank. On trains, more than one hydrogen tank can be added depending on the distance it has to cover.

What is a hydrogen powered train?

The Coradia iLint was manufactured using the latest eco-friendly technology. It was equipped with a number of fuel cells, which produce electricity. Electricity is produced by combining hydrogen and oxygen (extracted from ambient air inside the tank), which is a very eco friendly process, as only steam and water are emitted. The electricity produced powers the electrical traction system of the train which controls the train’s movement.

According to Alstom, the makers of the world’s first Hydrogen powered train, the extra electrical energy which is produced in the hydrogen tanks will be stored in the lithium-ion batteries situated on the underside of the train. The auxiliary converter will be used to convert the energy for a range of on-board applications, such as door systems, information displays and air conditioning. This train is thus one of the most sustainable transportation the world has ever seen.

Advantages of the Coradia iLint 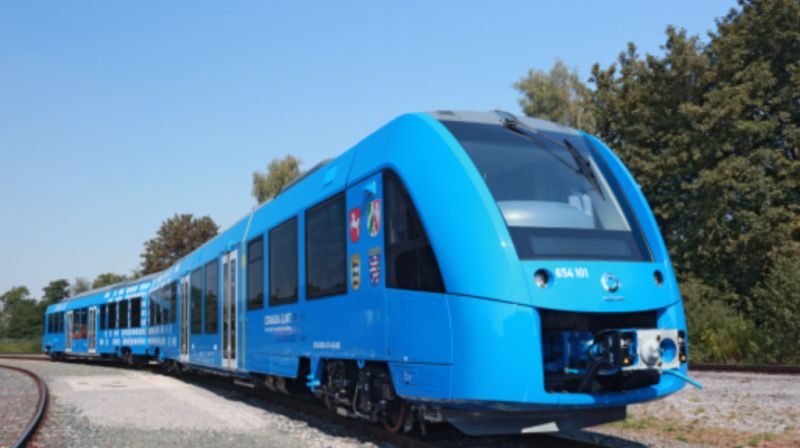 At other times, when train brakes, the hydrogen cells are powered down almost completely, saving on the consumption of hydrogen.  This green innovation will therefore be extremely fuel efficient. Hydrogen is going to be pumped into the train from 40 ft high stainless steel container kept next to tracks at the Bremervoerde train station. With just one tank of hydrogen, the train can run the whole day.

The energy derived from braking is managed intelligently too, enabling iLint to match     top speeds of the latest Coradia Lint DMUs, which is 140 km/h. This amazing train using      the latest eco-friendly technology will be able to cover a distance of 1,000 km on one, single hydrogen tank and ferry upto 300 passengers.

Diesel trains generate 1.2 MW power, whereas the iLint needs just half that amount to   run. This is due to the better torque provided by the electric motor of the train.

Alstom is working on ways to produce the hydrogen gas required for the world’s first Hydrogen powered train in a sustainable way. One of the methods is electrolysis, in which hydrogen is produced by splitting water into oxygen and hydrogen. The other method is natural gas reformation – it involves combining the methane in natural gas with very hot steam. The company also aims to mitigate CO2 emissions from its hydrogen production process with the help of wind energy.

To meet climate protection targets, and to avoid the electrification costs, other countries might follow Germany’s example and introduce world’s first Hydrogen powered train in their train services too. In fact, this seems to be one of the best solutions for green locomotives, provided the hydrogen is sourced responsibly.