Our thirst for progress has led us to make great leaps in technology, science and engineering. Look around and you’ll see the results of years of research, dedication and hard work that’s has gone into making the world technologically advanced. But this seems to have come at a price. In our thirst for progress, we seem to have left the environment far behind, exhausting natural resources, polluting the environment and literally turning portions of the earth into wastelands. 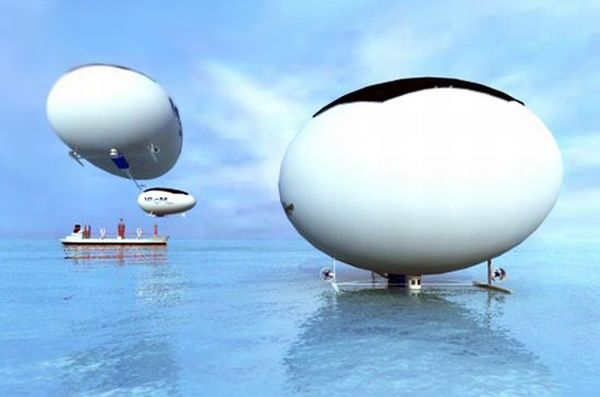 The setting up of the aviation industry has to be one of the greatest achievements of mankind. Never before has the world managed to be connected this closely. Thousands of miles can be traversed in hours, helping bring races and cultures closer together. However, in order for this industry to be sustained, there needs to be an endless supply of fuel. Airplanes consume massive amounts of fossil fuel which isn’t viable in the present day. With the sky rocketing cost of oil, countries will soon be unable to afford to operate their aircrafts. Moreover, the aviation industry is largely responsible for the dismal quality of air we see today. But we can’t continue to go on like this if we want to ensure conservation of the environment. This has pushed the industry to seek out green energy sources that will have the same performance level as fossil fuels but without the emissions.

The year 2011 saw progress being made in this regard with the ASTM approving the blending of 50 percent jet fuel with 50 percent biofuel to run commercial aircraft. The even better news is that this blending of fuels doesn’t necessitate the changing of engines. Following the approval, many commercial airliners have begun operating their crafts using this mixture. Electric aircrafts are also a better option than planes with internal combustion engines. They’re relatively quiet, emit less heat and are safer as there’s a decreased chance of explosions or fires during collisions and mechanical failures. It’s been found that electric motors are 95 percent more efficient than regular engines which have just between 18-23 percent efficiency.

However, despite the ASTM’s approval, there still needs to be development in the production of biofuel. It’s still in the early stages and it will take a while before it’s fine-tuned to near perfection. Researchers and scientists are now looking to generate biofuel from biodegradable waste so as to have an even more minimal impact on the environment.

Airships could soon serve as the primary means of air transportation in the years to come. Professor Sir David King, former chief scientific adviser for the United Kingdom, had in 2010 stated that these lighter-than-air types of crafts would replace conventional airplanes due to their lower carbon output, reduced fuel consumption and a higher carrying capacity. Of course, airships are far slower than heavier-than-air crafts (with a top speed of only 78 mph). But it is precisely this slower speed that drives its ability to operate without emitting huge plumes of toxic smoke. Some experts believe that the ships could reduce carbon emissions by as much as 90 percent. If this is true, then maybe the future of the aviation industry isn’t as doomed as we think.

Count Ferdinand von Zeppelin of Germany pioneered the zeppelin in the 20th century. The German military is known to have made use of these rigid airships during the First World War. Following the defeat of Germany, zeppelins went out of business only to be revived after the end of the war. They were used for commercial flights but were put of business again after the Hindenberg disaster that saw 35 people killed.

Today, zeppelins aren’t used for civil aviation though it remains to be seen if they will ever come back. Even if they aren’t used to pilot passengers, they could very well be used to ferry goods at a lower cost. For now, airships are used for advertising, research, surveillance and sightseeing.

While quite a lot has been done to make road transport more eco friendly, there’s a need to do the same for air transport. Many public systems have buses and trains running on solar energy and electricity. This has made a significant impact on the environment as they are non-polluting and don’t rely on fossil fuels. The airships of today are better built than those used during the early 20th century. They’re more aerodynamic and buoyant and can take off and land without help. Moreover, airships are the only form of air transport that can safely store hydrogen.

a) Skepticism of buoyancy as flight systems

Most of us find it difficult to trust systems based on buoyancy. Lighter-than-air craft just don’t seem as sturdy as airplanes. But once experiments and successful test flights are conducted, it’s only a matter of time before people wake up to the reality that airships could just be a viable mode of air transport.

Even if airships are used to transport cargo, they will need to up their speed. If it can be pushed to at least 100 mph, there is a better chance of goods getting to their destinations without falling behind schedules.

While airplanes have been tweaked to near perfection in terms of performance, airships still lag behind. Thus, if they are to be a viable form of transport, engineers will need to iron out all the bugs to ensure safe travel.

Cost overruns can prove to be a major hurdle. As with any project, it is common to underestimate budgets and with the investment needed to fine tune large ones like airships, it’s likely that such problems will be run into.

Airships will also face additional challenges like safety issues as history hasn’t been kind to these light crafts, and wind sensitivity that airplanes have no problems overcoming.

Like all environment friendly vehicles, airships leave a minimal impact on the surroundings. Granted, they’re not true zero-emission vehicles but they reduce their impact to near zero levels. Their ability to easily store hydrogen fuel which is increasingly seen as an alternative to fossil fuels also stacks up the points in their favor. And, with newer ships becoming heavier than their precursors, more aerodynamic and with increased buoyancy, it appears that these lighter-than air crafts could soon be making a major comeback.