The burgeoning human population has put a massive strain on natural resources. Wars have been fought over oil and land with every one of us looking to claim a piece of what the earth once held in abundance. Now, the essence of life could see humans battling it out in the near future for the sake of water. This naturally occurring element is the key to all survival. Without it, we’re doomed and so are the rest of the planet’s inhabitants. Wastage and high demand have made water a scare resource to the extent that US intelligence that has claimed that a ‘water war’ could be likely in the coming years. According to reports, demand could outstrip supply by as much as 40 percent. If this is the case, then you don’t need a degree in rocket science to realize what we’re heading towards. 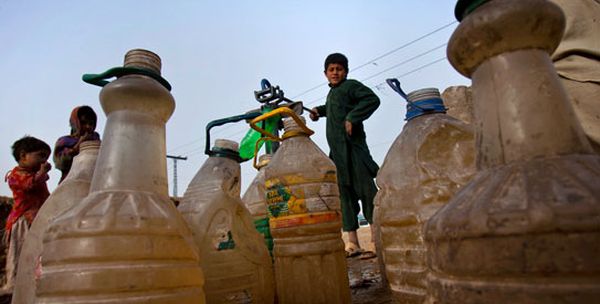 This challenge isn’t a product of chance. If states had been better able to manage their water systems sustainably, then we wouldn’t be where we are now. But apathy coupled with lack of knowledge of how to go about managing water, has led us to this present state. The phenomenon isn’t new as water has been a bone of contention between countries like India and Pakistan, Syria and Iraq. The report also said that shared basins could be used by countries to pressurize their neighbors.

The report further said that by the year 2040, US trade could be affected if its trading partners aren’t able to effectively apply hydroelectricity to fulfill their energy requirements. India’s Brahmaputra river is likely to be the most affected by water scarcity unless steps are taken to effectively manage it. Considering it flows through India and into Bangladesh, a neighboring country, the chances of there being a water war in the future seems likely.

If steps are taken by states to mitigate the current trend, then there’s no reason why water should be the cause for future wars. Of course, a lot needs to be done to ensure that it becomes a sustainable resource instead of a non-renewable one. Once that is accomplished, we will hopefully witness a future where this valuable resource is available for all.