Home Offbeat Will ‘climate guilt’ make a lasting difference to the way we drive?

Will ‘climate guilt’ make a lasting difference to the way we drive?

Climate guilt is factoring more and more into the daily lives of many drivers, according to ethical car recycling company Scrap Car Network. Recent research carried out by the company shows that drivers feel increasingly compelled to lie to friends and family about the way they drive, with 73% routinely low-balling the number of journeys they make, and 63% partially fabricating their annual mileage. 36% have reported regularly lying about whether they even own a car.

This data can be open to several interpretations. Some of these are positive – drivers are clearly more conscious of the issue than they used to be. However, other interpretations can be more negative. When it comes down to the crunch, will climate guilt really change drivers’ behavior, or just make them lie about it?

The power of climate guilt

Over the last decade or so, climate change has become an increasingly pressing issue on the international agenda – although as campaigners would say, for governments and corporations it’s still not nearly as pressing as it should be! However, for the general public, climate guilt is becoming an ever-bigger factor in our daily lives. This is partially because of increasingly urgent headlines, but also because many countries around the world are already experiencing some very real effects of climate change, turning it from a largely hypothetical threat into an active and real one.

In the last few years, a blazing heatwave scorched the UK and Europe, and wildfires swept Norway. This year is slightly less consistent, but we’re still seeing record-breaking temperatures – Britain’s hottest day on record was just this year. With growing support for the movement – including worldwide demonstrations in September of 2019 – it seems awareness has never been higher.

Understandable, then, that medical and mental health professionals are reporting rising numbers of patients with “eco anxiety” – a wide-ranging term used to describe feelings of panic or anxiousness about the state of the climate. It’s a familiar feeling for academics and scientists who’ve been studying this for decades, and now the wider public is coming to appreciate it too.

The attraction of lies as a coping mechanism

Psychologists say that when most people come to understand the reality and dangers of climate change, at first, they typically don’t like to think about their role in it. This is often true whether they’re theoretically in favor of environmental action and policy changes or not. That’s because taking a moment to consider our personal contribution to climate change is more likely to result in what’s called cognitive dissonance – when our behavior and lifestyle conflicts with our values and ideals.

Cognitive dissonance is an inherently uncomfortable feeling, since most humans like to think of ourselves as rational creatures, and its existence means admitting that on some level, we’re acting or believing something wrong. So, feelings of cognitive dissonance generally have one of two effects: we might change our behavior to fit our ideals, or adjust our ideals to suit our lifestyle.

But there is also a third option. We can lie – to ourselves or to others – and simply try and ignore the uncomfortable feeling this cognitive dissonance creates. Scrap Car Network’s research shows that at least some of us choose this route!

Are we helping by making drivers feel guilty? 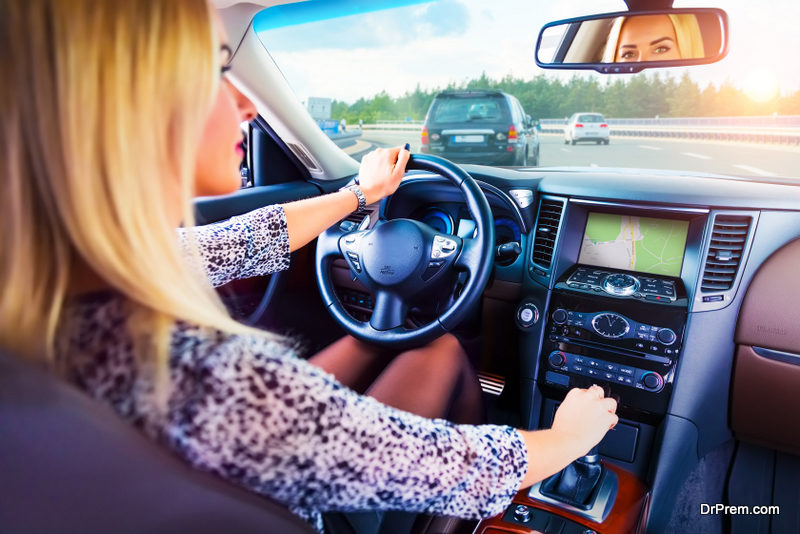 The obvious truth is that nobody likes to feel guilty. It can make us defensive, and close us off to discussions we might otherwise be open to. For that reason alone, there are lots of climate change activists who say that there are better ways to garner support from the wider public. They believe that it’s better to frame it as an issue that affects all of us, not a story of personal responsibility.

The trouble with this approach is that it can be all too easy for audiences to write it off as someone else’s problem. A common way to deflect personal responsibility from the subject is to put the obligation onto businesses and governments to make the sacrifices, but the reality is that the true power lies with the general public to make their choices with their wallets, votes and lifestyles. Otherwise, nothing will change.

Part of the reason Greta Thunberg is succeeding in changing the global dialogue is because she deploys a unique communication style (influenced by her Asperger’s) which encourages listeners to take personal responsibility for the issue. There’s evidence enough in Thunberg’s fame that this approach is resonating with people.

There needs to be a balance. Thunberg chooses to be uncompromising because she’s challenging world leaders, and audiences of millions. For the rest of us though, we need to find ways to encourage each other.

If we put family, friends and strangers immediately on the defensive, they’re less likely to be receptive to the message. Governments might need a stern approach, but as individuals, we prefer to be encouraged with positive reinforcement – so when we’re discussing the issue one-to-one, it helps to adapt the tone of your message to your audience.

Then again, when we’re making an effort to change our own lives, science says a little bit of guilt can be a valuable incentive.