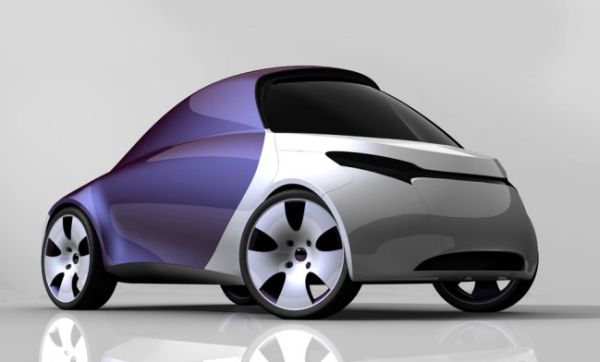 The faces of automobiles has been changing right from its invention, decades ago. The changes are very specific and steady. If you compare the vehicles that belong to the subsequent decades, you might find a few differences. But, if those vehicles are compared with the first decade of automobiles, you will be astonished. Changes doesn’t occurs all of a sudden. Like, every seed takes it’s own time to grow, changes in the modern world takes its own time to make people adapt them. Automobiles are not an exception. Whatever new inventions and technology comes, they will be created by the humans and for the humans. The purpose of creation will be the same as of our ancestors.

The picture above describes a typical automobile design exhibited in ‘Coroflot’, which is created by an United Kingdom based graduate ‘Anthony Clark’. In case, if you are not familiar with Coroflot, allow me describe it. Coroflot is one of the largest pool, which provides a platform for various designers and creators around the world, to showcase their portfolio work in the form of images. It was created by the designers and maintained by the designers. Back to the portfolio, Anthony Clark had done his Master’s degree in the field of Transportation Design. The designs created by him shows his passion towards automobiles. In fact, the creator is specialized in designing vehicle’s interiors, but he seems to be fond of all kinds of automobile designing.

Titled “Geneva Showcar Project”, the designer has exhibited seven images of this design. He wants the car to be an electric car, that provides a seating capacity for two persons. The designer has described that the design of this automobile has been inspired from a bulldog’s character. In fact, the vehicle’s stance will clearly depicts the bulldog inspired design. Anybody can easily recognize this brilliant transformation, right at the first glimpse of this automobile design. The designer opens up that the headlight design of the concept has been inspired from a knight’s helmet. The sleek light clusters are very distinct and unique when observed from the design point of view. This design seems to possess an optimum ride height, which is also known as ground clearance.

Actually, the plan view of the car shows the extra-ordinary design. The wheels of the model are quite impressive and captivating. The designer has a reason for the selection of purple and white colors for this design. The purple color seems to possess the values and respect of old Britain, while the classic white color is to evoke a youthful, innovative and fresh feeling for the design. The curvy design of the vehicle’s exterior improves the aerodynamic performance of the car. However, the feasibility of making this vehicle into a production model is uncertain.

There are many factors to be considered while transforming a computer-generated design into a practical model. From the title of the project, it is clear that the creator may have plans to exhibit this design as ‘Geneva Show-car Project’ in the Auto Show. Whatever it is, the designer has depicted how he transformed his little inspiration into an automobile design. His work will further inspire millions of other designers around the world.