Trailer Homes, also known as Mobile Homes belong to a category of prefabricated homes that are not constructed on-site, but are built in a factory and then taken to a location. In another sense, they are like caravans, and are mostly permanently placed in a particular location, also referred to as ‘static caravans’. However, in the rare situation that one might want to shift the house, there is a possibility to do that because the house has tow-hitches, axles and wheels etc., which can be used to drag it via tractor-trailers to a new location. 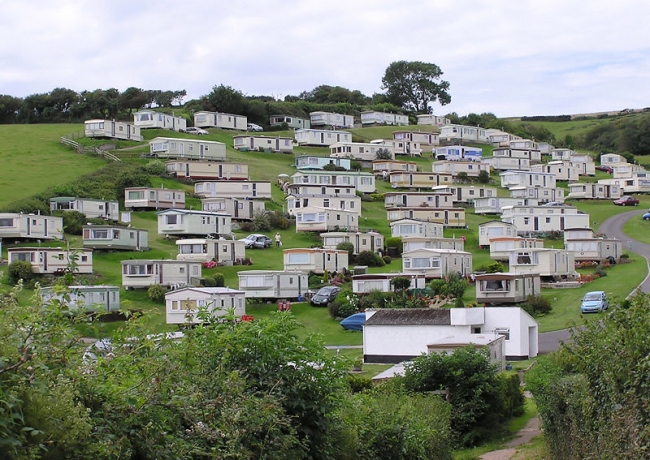 Earlier, people used smaller versions of these homes as a convenient option for accommodation on road trips, holidays and camping. But, over the years, their popularity grew and with the advancement in technology, more versions of such houses started to develop. People liked the idea of having such a house, and hence, these ‘vehicles’ started entering into the mainstream market and gradually got classified and recognized in the real estate sector too.

It is believed by some that these homes are eco friendly, because they cut down on the pollution caused during the construction of a house. No usage of cement, bricks and other building materials make them clean houses, made in a closed environment of a factory, and are simply placed on their locations. Moreover, every time a building is constructed, there is always a huge amount of garbage, and dumping materials that get collected. And since very few countries actually have the facility of disposing off this waste properly or recycling it, there occurs a massive environmental pollution.

In fact, even when it comes to painting, it is believed that the process (when done in open) may have certain health hazards. These kinds of houses, however, save the neighbors from such troubles, because they come ready-made.

But of course, there are always two sides to a coin, and if you are one of those who believe that Trailer Homes are too good to be true, then you are not entirely mistaken. Environmentalists have argued that even though such houses save on construction waste, there are always problems of proper sewage and daily garbage disposal. The reason being that these houses are not exactly placed in any area or locality a person wishes to have a home in; they are placed in places such as mobile parks, where other such houses also exist. So, it is more or less like a locality of such homes. Legal aspects also come into play, because the taxation rules for such homes, as well as the land they are placed on, are different from the rules that apply to regular houses.

The government has had issues rules for these houses to be placed properly in small locations. Natural resources as well as the infrastructure of the state play a vital role in ensuring proper housing in any area, and with the increase of such trailer homes, the government doesn’t know how to bring about alterations in the current scheme of things.

One cannot be too sure how useful these houses are, because at the end of the day, they use metals and other similar elements for construction. Since sewage pipelines in these houses are not constructed and developed in the same way as regular houses, there is always mess and sewage problem around these homes.

Since the occupational health hazards of the construction business, as well as the effect of the process of construction on the environment are harmful, these homes might look environment friendly at the beginning. But there is always a need to look at the bigger picture and understand that unless there is a proper arrangement of infrastructural facilities specific to these kinds of homes, they won’t be a success in the long run.

At present, one of the reasons why most people are investing in these houses is because they are coming out to be cheaper in areas where real estate rates are high. Secondly, these homes also act as a good source of secondary income for many people, because they rent them out as vacation homes also. However, unless the facilities of water and sewage disposal are improved, these homes won’t be environment friendly anymore, and the realization for the same needs to come very soon.