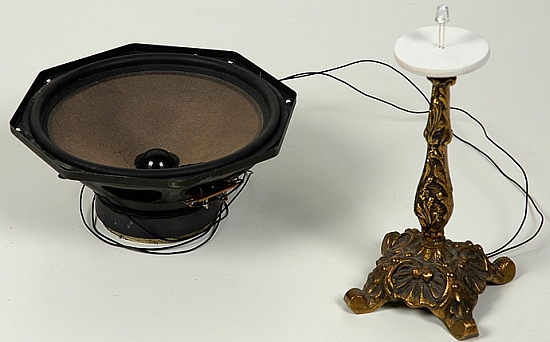 There is so much of noise around us, the horn, a guy whistling, a television drama in progression, kids playing and shouting. We certainly can’t do much about such noise but to put a deaf ear. But a constructive mind has done something far beyond imagination. The energy from these sounds is actually captured to light up a LED lamp. All that is needed is a speaker that acts as a microphone and a lamp with LED lamp and a wire. The speaker absorbs the sounds present in the environment and the energy is then channeled into lighting up the LED lamp.

A demonstration at the Design Academy Eindhoven, the speaker microphone was attached to the bottom of a metal staircase and the noise that was generated from the staircase was used to power the LED lamp.

Although the experiment may not be very appealing to look at but it definitely is a good way to harness sounds in the environment in a constructive manner.