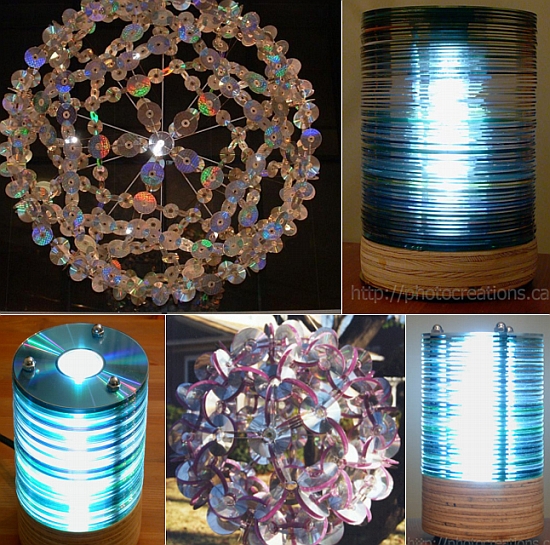 If you think recycling old CDs is a waste of time, think again because the picture above portrays a different story. In the resent past we have seen a laptop case/bag being made from old floppy discs and now we have some CDs taking the center stage. Recycling is the third R of the three R’s: Reduce, Reuse and Recycle. Twenty years ago, only one curbside recycling program existed in the United States, which collected several materials at the curb. While recycling has grown in general, recycling of specific materials has grown even more drastically – 67 percent of all major appliances are now recycled. CDs are one common possession used world wide and remember we have a silent battle to fight against globalization.