Drawing inspiration from Mother Nature for our inventions is nothing new. For years, biomimicry has helped humans develop technologies and products that imitate the processes and systems found in the natural world. Since nature operates flawlessly, it is only fit that our inventions are based on what makes the planet survive. Equipment for alternative energy also revolves around the designs of nature at times. Take the example of the Solar Lotus, designed by the founder of Monarch Power, Dr. Joseph Hui. Like the original lotus flower, his invention opens and closes depending on the work it performs. 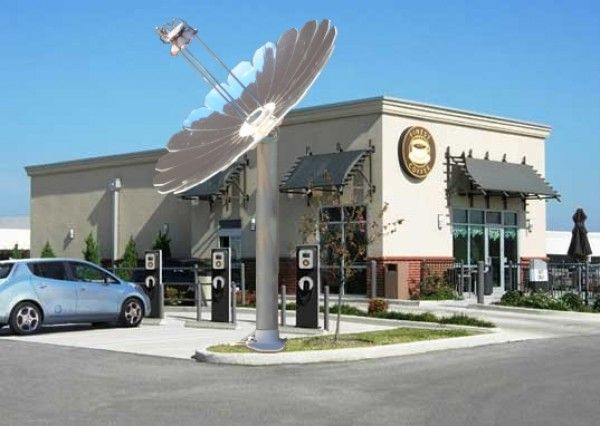 A solar energy harvester, the Solar Lotus measures four meters wide and can be assembled on the ground unlike other more common harvesters that need to be placed on the roof. The device is made up of 18 petals that can be opened when needed and closed when not in use. The device can be activated by pulling open the six petals on the center after which the rest open through a network of strings.

Conventional PV panels tend to get damaged when left to the whims of nature. But the Solar Lotus’s ability to close means that the solar cells are protected and can last for a longer time. The set up can deliver 3kW of PV electrical power and another 3kW of solar thermal power. Since water is used as a cooling agent, hot water becomes a natural byproduct that’s generated using no additional energy.

Dr. Hui’s invention costs $9,000 at $1.50 dollars per watt. Light enough to be ferried around by truck, it serves as a useful device for homes and business establishments. Its ability to be set up in areas other than roofs makes it especially handy. Its light weight means that it can also be assembled for use in disaster zones and areas that need emergency energy production.