Solar energy has taken the place of nuclear energy on earth, and now it has done the same in the space as well. Solar power is a good and a safer alternative to nuclear power that can be quite dangerous. With the inception of Rosetta, a solar-powered spacecraft, it is proved solar energy is an efficient alternative not only for earth but for the space as well.

The Rosetta is a spacecraft that is energized with solar power that met with comet 67P/Churyumov-Gerasimenko in August 2014, and is now at a distance of 405 million kilometers from earth. Rosetta has a box type central structure loaded with all subsystems and payload equipments. It has a dimension of 2.8 m × 2.1 m × 2.0 m. The two sides of this box type structure houses two solar panels, each 14m in length and a combined area of 64 m².

The total area from one end to another is 32m. One side of the spacecraft has a steerable high-gain antenna, and the other side has a lander called the Philae. Rosetta’s solar panels are equipped with solar cells based on the state-of-the-art technology called the Low-intensity Low Temperature Cells. Owing to this latest technology, Rosetta has become the first and the only spacecraft fully based on the solar power. 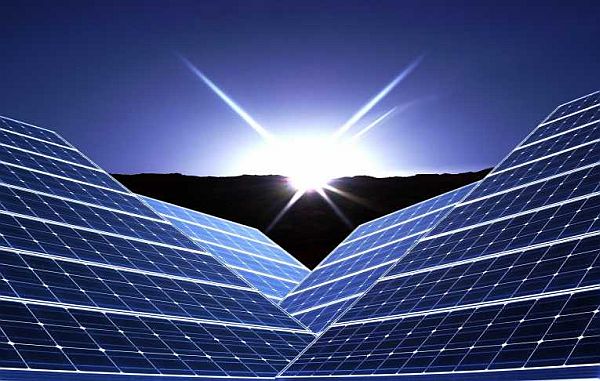 The technology allows Rosetta to operate at a distance of 800 million kilometres from the sun. It is designed to make observations and then relay them back to earth via high quality images. Information from Rosetta will also include data from its sensors. The lander on Rosetta has a special function to perform, as it will land on the comet, drill a hole there and then carry out various experiments.

US, erstwhile Soviet Union, and Russia have used atomic energy as a source of power in space for various explorations but the accidents and its detrimental after-effects made them to reconsider the atomic energy usage. The most devastating ones were the fall of a US satellite that had plutonium, and it disintegrated and plutonium spread worldwide. Yet another was the Soviet Cosmos Satellite 954 in 1978 that had an atomic reactor on board, it failed and the nuclear debris fell over miles in the Northwest Territories of Canada affecting life on earth.

Well, things can go wrong with this endeavor also but even if some mishap happens, it will not pose nuclear threat on earth, which is in contrast to the atomic energy powered spacecrafts that cause immense damage to the life on earth.

Solar energy is beneficial on earth, but it can be even more useful in our space endeavors. Solar powered spaceships like the Rosetta have the capability to last longer. Should the space ship have a mishap, it will not pose grave threat that nuclear powered space probes are capable of.