Green aficionados all over the world rejoiced when total power capacity from the renewable sources overtook worldwide production of nuclear power, in 2011. And, in that solid figure pertaining to 381 GW of renewable power, solar power alone accounted for a credible chunk of more than 43 GW, which is greater than 11 percent. But, more importantly, the cost factor which has traditionally posed as a predicament to solar energy, is clearly in the process of being subsidized, to allow for more large scale installations of photovoltaic grids. In fact, according to some sources, many large scale PV installations are cost effective enough to provide price competition to even conventional power from coal and gases.

When we consider a domestic ambit, the conventional form of solar power is still constrained to roof top silicon based PV cells, which account for greater up front cost than that of electricity derived from the main grid. This expensive trend severely limits the green technology’s reach, especially to the ‘common man’.

On the other hand, we do see the increasing quantity of solar energy installations sprouting in many localities, thus contributing to the high figures exhibited by modern standards of solar power. However, from an unbiased perspective, the majority of such installations and large scale projects are being initiated in developed countries in Europe and North America. But, when we consider emerging economies like China and India, with a large population base, their solar power related endeavors are still comparatively negligible. In simpler terms, solar energy systems have certainly progressed in some regional quarters, but still lack the adequate planning when it comes to a collective global scale.

The only answer to such predicaments is the advancement of the present solar based technologies, and their evolution to a cost effective yet efficient scope. Fortunately, the core statistical figures and estimations certainly attest to a bright future for solar energy. In fact, International Energy Agency has already predicted that simplistic solar based systems like solar water heaters and power stations built with mirrors could provide a third of the world’s energy by 2060.

Moreover, with the full swing of sustainability in some sectors like construction and automotive industries, there have been some credible yet adroit conceptions that address this collective issue. With their full fledged development, we can certainly hope for a low emission, efficient energy fueled future, with easy accessibility to sustainable power for the average consumer. 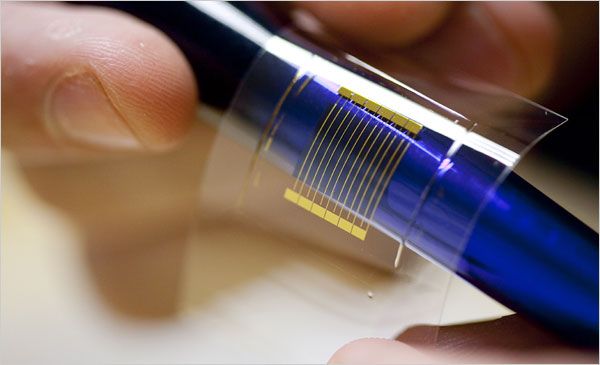 Flexible solar cells have long been used in mobile gadgets, by virtue of their relatively portable nature. In this regard, many companies are ingeniously trying to use the technology in its roof top iteration. Back in 2010, SoloPower designed their version of flexible panels for commercial rooftops, with a substantial 11 percent efficiency. Their product comprised of a composite of copper, indium, gallium and selenium, which was then embedded in a flexible foil.

Some researches even hinged on the organic side of affairs, in which dyes were stacked into porous 2D sheets. For example, researchers at Cornell University conceived a structure known as a covalent organic framework (COF). The organic dye molecules were then ‘absorbed’ by this structure to form a framework for flexible solar cells. 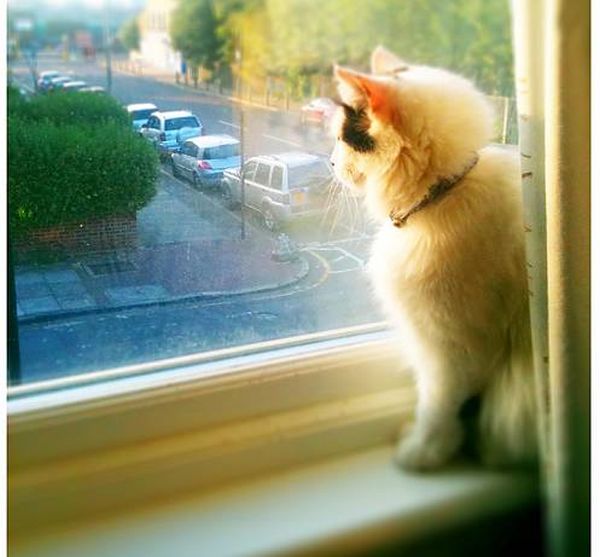 In another allusion to OPV (Organic Photo Voltaic) technology, National Renewable Energy Laboratory scientists have contrived a unique solar cell, which is completely transparent. Coming at a size of around 170 sq cm, which is 14 times larger than their last attempt, the designers say each module can easily be fixed as a window pane along building facades. In its current stage, the cells offer an efficiency of around 8 percent. However, the relatively low cost of installing the modules can counter balance their comparatively inferior energy output. 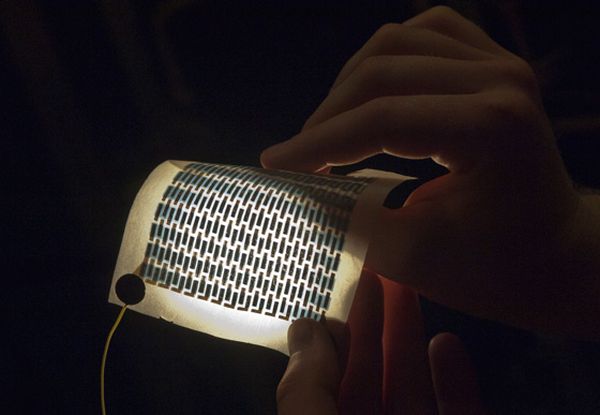 The technology of printable solar cells insinuates exactly what their name suggests: a new type of flexible, large sheet, reel to reel solar cell that can be produced (or rather printed) on a commercial scale. Conceived with electrolyte suspended particles of semi-conducting titanium dioxide that are coated with light absorbing dyes, the resulting solution is used as ink for printing the solar cell. In fact, many researches have advanced beyond this ambit to create multi layered solar cells. Some of them can even be wrapped around plastic, paper or metal to increase their efficiency to a significant 15 to 25 percent. 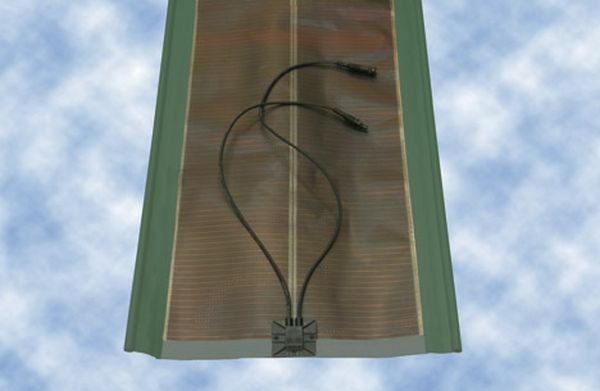 This innovative technological facet entails the usage of PV cells embedded within human clothing. Some of the companies like Japan’s Ideal Star have succeeded in incorporating polymer based solar cells into the intricate threads of cloth. Other more collective endeavors are related to dual nature of energy harnessing, by which a hybrid photovoltaic piezoelectric material could be integrated into the textile fiber. 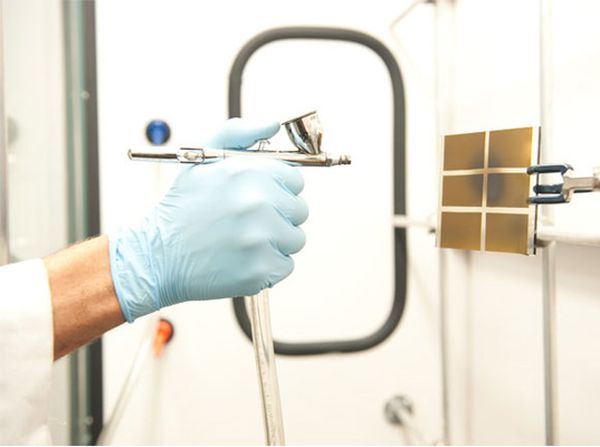 Pretty similar to the printable solar cell technology, these solar harvesting components are generally created by spraying a special kind of nano particle based ink on the dedicated panels. In this regard, a Norwegian company Ensol has envisaged a scope where a newer type of thin film photovoltaic cell can be successfully painted onto building surfaces that are flat. In another instance, researchers at University of South Florida have found out a way of spraying diluted organic polymer on adjustable solar panels. 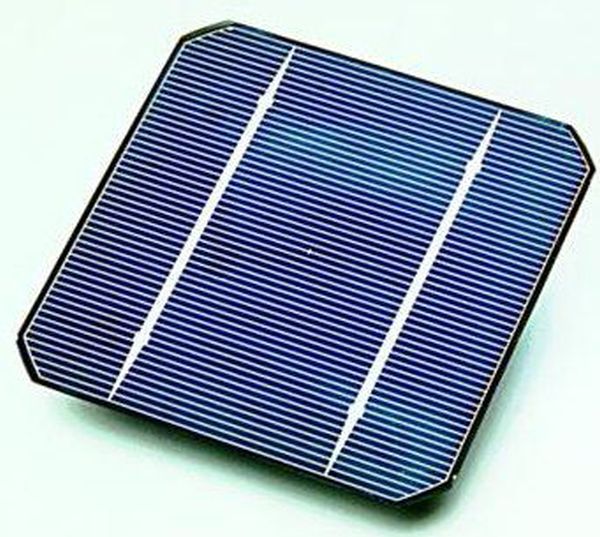 Arguably the most novel of all the solar power generating mechanisms, the fascinating scope of self repairing solar cells is being pursued by Michael Strano, a professor at the MIT. In a conventional ambit, most solar cells degrade due to prolonged exposure to the sun rays. However, in this case, his team has created a prototype composed of several components including a photosensitive protein, a fatty substance known as phospholipid and sturdy carbon nanotubes. This ‘dynamic’ composition in turn has the potential to regenerate the cell’s individual solar energy capturing capability.

With these new types of technologies making their presence felt in our societal scale, two very important advantages come into consideration. Firstly, their applicability is enhanced by their intrinsic nature of flexibility and user convenience. As a matter of fact, their continued progression can help us move beyond the cumbersome scope of installing panel arrays on roof tops. Secondly, and more importantly, such innovative conceptions can pose as cost effective yet sustainable solutions, thus pushing forth through the nascent state of our solar power industry. Of course, all of these ventures have to be envisaged and applied from a grass root level, thus upholding the dictum of collective enrichment.