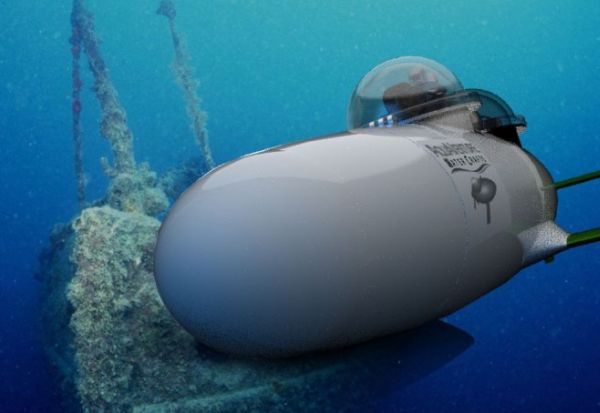 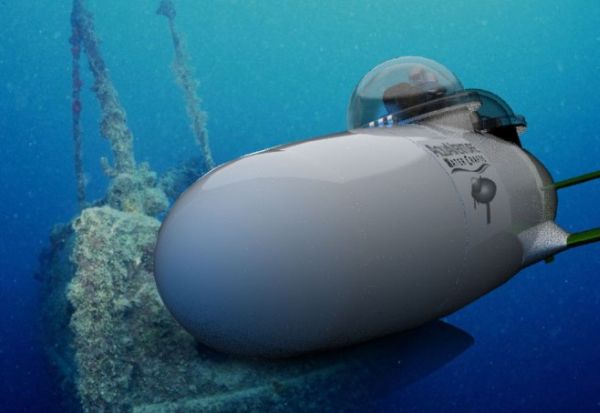 The maximum diameter for the waterborne vehicle is 102.8 cm. The length of the submarine is 6.5 m. The dry weight for the submarine is pegged at 2980 kg. Two kinds of control systems are available, a side mounted joystick with rudder pedals or a 3 axis, center mounted control stick. The electricity for the six hydroplane control system, for the submarine, comes from 24 volt batteries. The batteries can be swapped in a matter of five minutes. The specifications are for a two-seater. Work is underway to unveil a single-seater as well.

The towing of the submarine by a surface vessel enables it to achieve a maximum speed of 25mph. ABS certified material has been used for construction. The pressure section makes use of steel while the canopies are in plexiglass. The shell of the submarine makes use of a combination of materials. Fiberglass and kevlar structure protects the front and the bottom portion of the submarine against the impact of the sea and the sea floor.

The cable that tows the submarine can be as long as 122 m. This will allow adventure seekers to go as low as 46 m under the surface of the sea. Researchers may go to a depth of 91 m to understand the depths of the sea better.

Apart from the speed and the price, the feature that enables the submarine to come to the surface in case the vessel stops or the towing cable snaps is appreciable. The provision for additional features allows for customization in the form of leather seats and wired telemetry system for getting access to GPS and other real time data. The towing of two submarines to one vessel allows for a group of adventurers to enjoy the ride at the same time. In case the submarine suffers a collision, a crumple zone has been provided for to absorb the energy in a bid to keep the pressurized zone unharmed.

For the potential buyers who are not proud owners of a vessel yet, the vessel to tow the submarine is likely to add immensely to your initial investment.

The basic, two-seater version of the personal Seabird comes at $210,000. This includes a warranty period and a provision to train one pilot for the buyer. Additional paraphernalia on offer add to the bill.

The Small House: A delightful cabin house in the woods