The manufacturing sector has been at the forefront of automating their processes with robots. For many years, many industries have eschewed robots seeing them only as suitable for entities that produce heavy and large products. The automotive industry, for example, has used robots in their processes for several decades now.

With technology advancements, robots have become much smaller, safer, affordable and suitable for numerous industries. Consequently, robots have gained new capabilities that can be applied in diverse industries.

Here are some of the industries and applications that modern robots can comfortably handle. 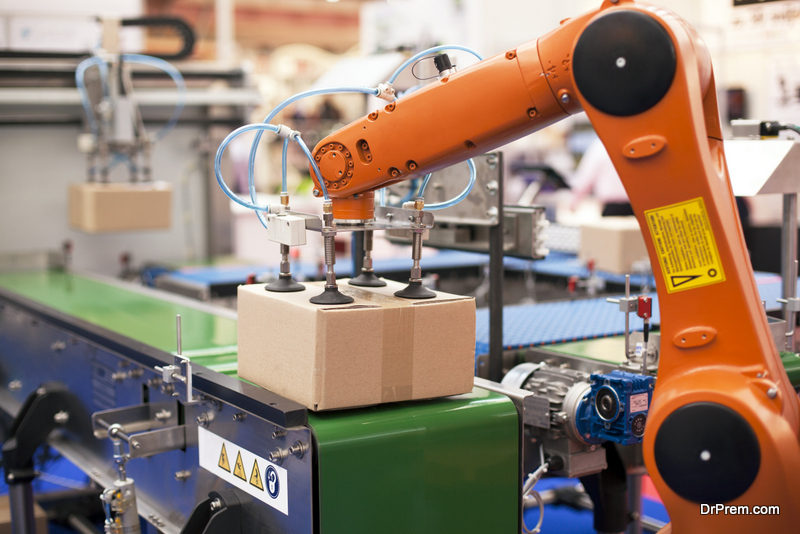 This is one of the industries that intimately affects human beings. As such, previously, it was quite impossible to think of robots in this industry. However, as technology has advanced it has become possible for robots to now prepare nutritious and healthy meals for us.

Most robots that will be found in the kitchen are in the form of a human-like industrial robotic arm. They have a working space, are intelligent and can access and learn numerous recipes and prepare as many meals as you like on their own.

You can buy one for your kitchen if you have a busy lifestyle that keeps you from enjoying healthy homemade food every day. Commercial eateries, such as hotels and fast food joints can greatly benefit from its speed of food preparation.

Similar to food, the agriculture industry is also an industry that is intricately intertwined in the daily life of all people. As the industry charged with food production, it affects everyone.

As the world population has grown, it has become important for the industry to adopt new methods to enable them feed all the mouths. Robots are one of the methods that the industry has taken to help improve their production all over the world.

In agriculture, robots are used in the farm. Robots help meet labor shortages in dairy and poultry farms. They also roam the fields analyzing crops and soils and reporting back to a centralized location or server via vision and testing technologies embedded in them. 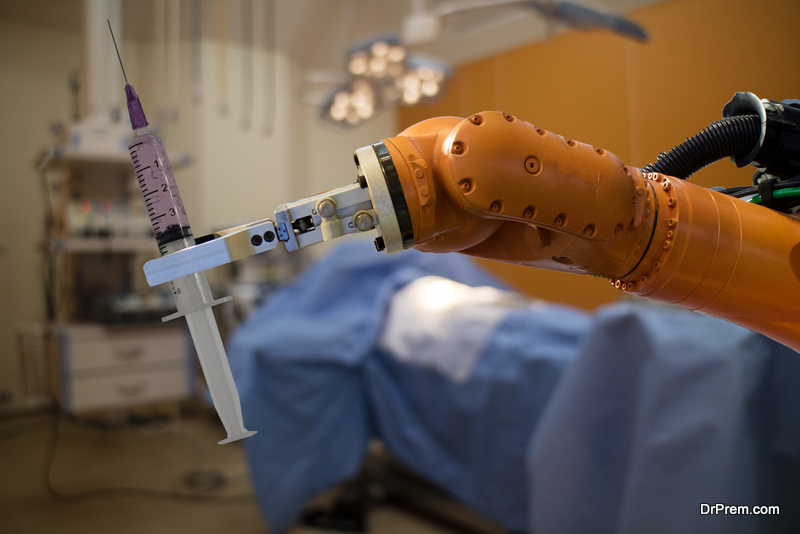 Another industry that is quite important to human life and has recently adopted the use of robots and robotics is healthcare.

The use of robots has become an integral part of the healthcare industry. Surgical robots have been in the industry for over a decade now. With their robotic arms, they have helped numerous surgeons conduct complicated surgeries.

The have also enabled scores of patients recover quickly as a result of their precision and accuracy. This is also aided by the fact that they leave very small scars which recover quickly and require little medical care.

Robots are also in the sports arena as more and more human looking robots are developed. With the mechanical movement of industrial robots, robots in sports still have a long way to go before they can move and play like human beings in physical sports such as soccer, football or basketball.

With robotic applications already winning in strategy and mind power games such as Chess and Go, we are yet to see the last of robots in sports. This is actually just the beginning with more to come.

Sport researchers are calling this the quest to develop a mechanical sportsman.

With their range and the available different angles of movement, industrial robotic arms are making their foray into entertainment.

In amusement parks, the rides are the main attraction. Supported by a robotic arm, the rides can move those riding on them in different directions and angles to make the ride more interesting and fun.

The industrial robotic arm is a versatile robotic product. It can be applied to numerous other tasks and industries. As technology advances, we can be sure to see more of it in our day to day lives. Combined with other technologies, the robotic arm will help automate lots of mundane day to day activities, leaving us to handle important tasks.