The condition of our environment today is depleting day by day and the rise in emissions is getting beyond control. Such pollution is created mostly by us human beings who are destroying our environment in every possible way by our actions This is hazardous not only for the earth but also for all its inhabitants and makes it difficult for them to sustain life . Pollution is caused at a great extent by the modes of transportation that we use every day. Having this in mind Bristol Hydrogen Boats came up with their hydrogen powered boat which will start its trial next month. 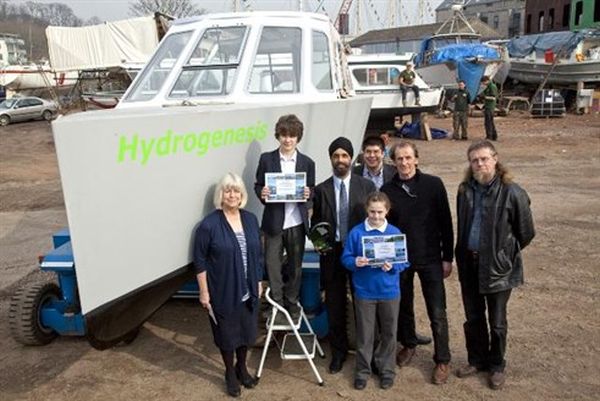 These boats will be of great help in bringing out the importance of hydrogen and fuel cell technologies that on the other hand will be a source of information for the general public and will also encourage such projects in the future. “Hydrogenesis” as it is named, is the UK‘s first hydrogen powered commuter boat and will see the light of the day after an official ceremony and thereafter it will ferry passengers around the Bristol harbor. In the boatyard at Weston-super-Mare it was given final touches and once the electrical work is complete it will have to further undergo various other assessments before it is licensed to carry passengers from the Harbor Master. This ferryboat will have the capacity of carrying twelve commuters at a time. This project will not only provide the right platform for the expansion of environmental technology but will also pour in more investments to the city. It will also be beneficial for the clean and green transport of the city and bring out the money-making advantages of this expertise to all.

These hydrogen powered boats will not only prove to be noteworthy in the reduction of air and water pollution but will, in its own different way, offer a fine alternative to the petrol and diesel engines. This project, if proved successful, will surely have a significant impact on the environment and will also be implemented in future.