The problem of global warming needs little to absolutely no introduction to most. Unless you have been living under a rock without cable for the last decade or so, pretty much every popular doomsday scenario has linked itself to the phenomenon and rode the coattails of melting polar icecaps. While the problem is well known, the solutions are hard to find. Not so much on a theoretical level, but more on a practical scale that would accommodate the rush of modern life. But scientists from Concordia and McGill seem to have found a critical missing link which could help us reverse the global warming trend. 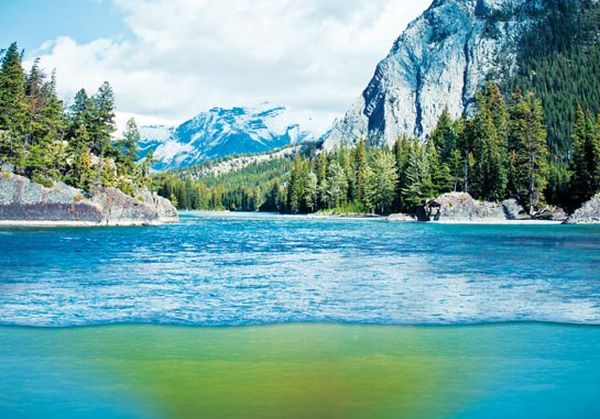 For long now we know that the world’s oceans are a sink to atmospheric carbon dioxide and they absorb carbon in such large quantities and sink them to the ocean floor so well that without this feature, we most likely would have already been roast. But the actual mechanism of this has been up for debate for long. In their latest work associate professor Yves Gélinas along with Karine Lalonde, Alexandre Ouellet and Alfonso Mucci have stated that it is the iron oxides in the ocean eco-system which help in the process and are pivotal in allowing the oceans play the role of a giant carbon sink.

According to their extensive research iron oxides trap one fifth of all the organic carbon deposited on the ocean floor and in their absence oceans lose their ability to trap atmospheric carbon with any great effectiveness. So while cutting carbon emission is great way to stop polluting the planet further, keeping our coastlines clean and dump-free will help even more. Discharge of industrial waste, toxic chemicals and chemical fertilizers into the ocean along with hazards such as oil spills destroy the oxygen content in marine ecosystems.

In many cases we have even seen entire reefs wiped out for the exact same reason. But with lack of oxygen, iron oxides also cease to form and hence the ocean loses its effectiveness as a carbon-absorbing sponge. The studies further prove how essential our marine ecosystems are for our planet’s sustenance and give another way to reverse global warming.