Your guide to build an ecologically friendly gypsum wallboard 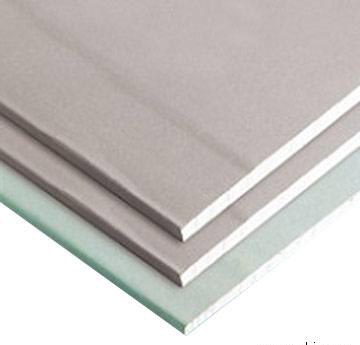 The gypsum industry is now becoming more and more environment conscious to preserve the natural resources of the world. It is for this reason that they have been utilizing recycled paper for manufacturing gypsum board. Besides being conscious of global environment, they aim to protect as well as preserve the natural resources globally. This article is an attempt to guide you to build an ecologically friendly gypsum wallboard.

Gypsum wallboard: The need of industry

The traditional gypsum board was a thick gypsum plaster layer that was sandwiched in between a thick paper layer. This plaster was generally produced in plants while releasing sulfur dioxide into the environment. Sulfur dioxide was known to pollute the air and subsequently also contributed to acidic rain.

It is due to strict regulations of environmental act that many manufacturers had to utilize synthetic gypsum to protect and preserve the overall global environment. Several companies started considering to use environmentally friendly versions of gypsum product like using recycled and energy efficient materials and products.

By utilizing recycled or waste products, the industry of gypsum aims to reduce many solid wastes stream that tend to flow into the landfills. Simultaneously, the entire process tends to extend the reserves of natural gypsum. The damaged scrap of plasterboard is overhauled and broken down to collect different recycled materials rather than throwing the material in the waste and adding on to the burden on landfill.

Many industrial construction suppliers today sell gypsum wallboard in a bulk quantity depending upon the requirement of different applications right from repairing the damaged plaster boards made up of gypsum to the level of giving a finishing touch to the interior walls of a house.

Friendly alternative synthetic gypsum was introduced and was almost similar to the traditional gypsum board. It was known to offer the same protection and insulation process. While the traditional gypsum was collected from gypsum mines, the entire process had an adverse impact on global environmental even before there was any refinery of gypsum. Synthetic gypsum on the other hand does not require any extraction from gypsum mines, thus, contributing to lesser waste and reduced dependency upon the landfills. Synthetic gypsum does not bear any similar footprints of carbon as observed in traditional gypsum boards and thus there is no sulfur dioxide that is released into the atmosphere. Gypsum wallboard is covered with paint layer or a textured plaster that initially was introduced for replacing plaster finishing and traditional lathe, which took considerably more than a week’s time to be installed in a proper manner. The installation process of gypsum wallboard does not require any big team as compared to traditional gypsum wallboard. It therefore tends to save an overall cost of construction and even helps to move an entire project at a faster speed.

Gypsum wallboard includes contents of paper that can easily resist both water and fire. The product is also called a drywall, plasterboard, or sheet rock. Gypsum wallboard is available in large sheets that can be cut down to fit any size at odd places. The layer of gypsum plaster is usually sandwiched in between the layers of reinforced paper. Synthetic Gypsum wallboard helps reducing pollution as well as allowing the lesser and easier invasive production of gypsum. Synthetic gypsum wallboard is utilized as a construction product for giving a finishing touch to the interior walls. It is also used for varieties of structuring and restructuring process all over the world.

Many people, who have lesser experience in building and construction, can easily utilize the synthetic gypsum wallboard instead of using plaster and lathe. People can competently and safely install gypsum wallboard or even make repairs to the existing installations besides facing a challenge of muddling, taping, and sanding of the gypsum wallboard seams soon after the installation is complete. This helps the people to easily prepare themselves for further finishing techniques and painting process.

Users can now insist their retailers to offer the best synthetic gypsum as an alternative to traditional gypsum drywall. Green products not only tend to make your house more environmentally friendly but also act as the best water and passive fire resistant components besides being cost effective in saving a good amount of your power bills.

Are stainless steel countertops a green addition to your kitchen?