There is no doubt that silicon as material has revolutionized the world that we live in and has been the reason for many of the technological achievements and breakthroughs. Silicon based transistors are the key to all the computer chips and the smartphone processors that we see today. Over the last couple of decades we have optimized the ability of these the transistors and the integrated circuits that are being crafted using silicon. Thesilicon based microchips have doubled their speed and memory every two years, while having cut down on size ever so often to satisfy our thirst for faster, sleeker and smarter devices. But we might be reaching the end of that line very soon.

Why move away from silicon?

The question many modern researchers prefer to ask is, ‘why not?’ They point out the fact that there is no definite rule that says silicon has to be used for synthesizing microchips and transistors. In our quest for faster and better electronic devices, we did stumble upon silicon and now have pushed it to its absolute edge in terms of performance and size. Silicon based devices cannot really get anymore smaller than they are now and researchers have moved in the direction of ‘Graphene’ to device a new path forward. Graphene is a single layer of carbon atoms that is arranged in a honeycomb structure and research is on currently in an attempt to synthesize semiconductors and circuit components that use it.

A team of scientists at University of Wisconsin Milwaukee (UWM) accidentally stumbled upon Graphene Monoxide as they were trying to obtain pure Graphene sheets from their research from graphene oxide. The heating of graphene oxide at various temperatures produced four different substances that the team collectively called as graphene monoxide (GMO).

The newly formed GMO exhibited various properties that allowed the team to conclude that it can be used as a semiconductor material. As GMO is formed in sheets, it can be even used as a surface catalyst and the team that discovered this unique structure of GMO is further studying its semiconductor properties in the hope of synthesizing circuit components one day.

Graphene monoxide is a recent discovery and it will take plenty of time for researchers to even realize its full set of properties before they can think of devising electronic components using GMO. The team admits that they still need to test how GMO responds to different temperatures and how stable it can be in real working conditions. Understanding how heat affects graphene monoxide is the next big step forward in this research.

IBM Integrated Circuit based on Graphene 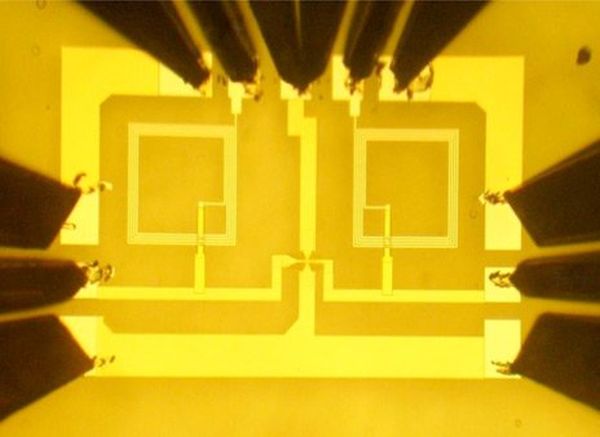 Researchers at IBM have made a significant breakthrough by building their first integrated circuit that has been synthesized using graphene based field electric transistors. The 10 gigahertz frequency mixer designed by the team uses a silicon carbide wafer along with the graphene FETs.

Scientists across the world have been trying to make graphene based processors. There are many hindrances though in achieving this as it is difficult to link these single carbon atom sheets on o metals and alloys used in circuits. Also, graphene is easily damaged in the etching process, but the team overcame these hurdles by using graphene on a silicon carbide wafer and coating it in polymer to prevent damage during etching. The polymer was later removed using acetone to finish the final circuit.

IBM has been taking up development of graphene based semiconductors in a strong way for a while now. It will still take plenty of time before Silicon Valley turns into Graphene Valley, but the signs are pretty encouraging.

Nanowiggles to help determine use of Graphene materials

Scientists at Rensselaer Polytechnic Institute are using the most advanced super computers at their disposal to observe a newly discovered phenomenon called ‘Graphene Nanowiggles’. Graphene Nanoribbins can be segmented into several structures called Nanowiggles and these provide a new insight into the properties of various graphene nanostructures.

Not only is this technology highly sophisticated, but it is also very recent. Scientists are continuing their work with Nanowiggles and graphene nanostructures to ensure that they map them and provide a roadmap for easy synthesis of future graphene based nanomaterials. 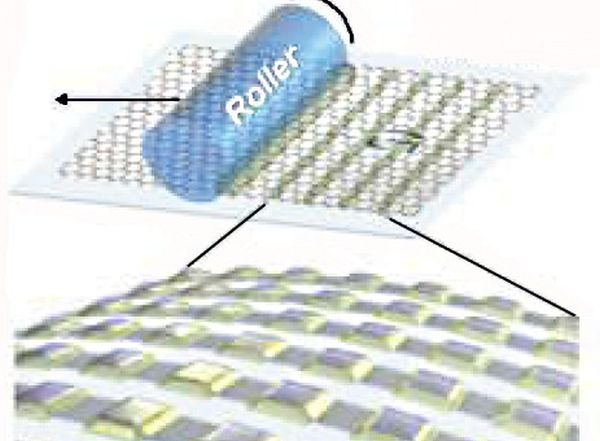 Commercial production of graphene based devices is only possible if they can be produced in a cheap and simple process and researchers in Korea are planning on achieving just that. They have developed a motorized roller that deposits PMMA polymer solution in a striped and cross striped pattern to produce graphene patterns using low costs.

The technology allows manufacturers down the line and researchers to create various graphene patterns at low costs and in a one-step process. This is an essential aspect for the graphene technology as it tries to become a viable alternative to silicon.

Here is another technological breakthrough that will evolve and develop in the coming years. The team has already set its sights on the next step, which is high throughput and roll to roll fabrication of graphene patterns, which will give more opportunity for researchers to experiment with graphene.