The good, the bad and the ugly of Bioremediation

Microbes are the most primitive and possibly the most potent organisms with a high degree of adaptive capability. That is why these tiny beings were able to thrive on the crude chemical nature of the primitive earth. This same property today might be helpful in cleansing the present environment. The irony is, while the earth in its nascent centuries was nothing but a ball of gases and chemicals, it is today being converted into the same, increasingly being blanketed by the released fossil fuels which had been trapped in the inner layers of the earth’s surface billions of years ago. 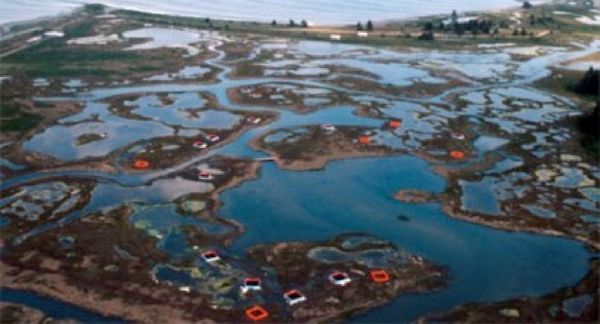 Apparently, today again, we can utilize the same microbes effectively. These would help us in digging the same chemical components from the earth’s present environment which they had when the earth just came into being. This very process is not what scientists and researchers call bioremediation. In literal terms, we can explain it as the remedy, which mainly focuses on utilizing the biotic factors. This would include plants, animals, planktons or microbes.

One can use this process in many incidences that infest the earth’s atmosphere now and then. These include oil spills, nuclear pollution, wastewater pollution, and the likes. And bioremediation just does not end up here! There is a lot more to it. Furthermore, it also includes the process of enriching the soil by using natural fertilizers or compost. Since compost is a natural material, which microorganism generates, we can safely include it in the list of bioremedial processes. 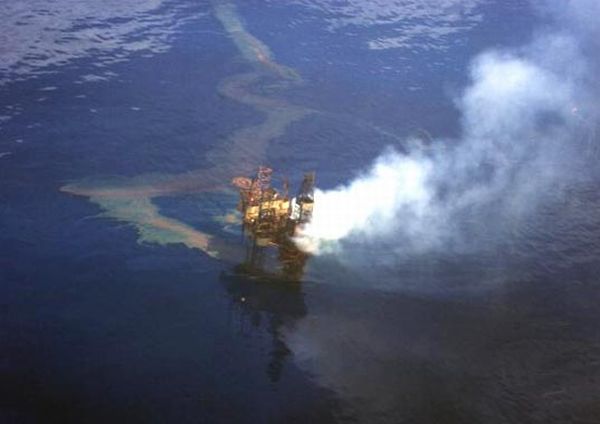 Bioremediation in itself is a harmless process that is helpful in many aspects. Apart from the reduction of the pollution factor, it is a form of treatment that is cost effective and can be applied on a huge mass of pollutant at the same time. The multiplication rate of microbes is very high, it takes almost no time to get a few cells get converted into huge colonies that can thrive on their chemical diet and leave behind nothing except water, Hydrogen, possibly Sulfur and remnant mass of cells that can be further used in the treatment process.

Nowadays, the process has been made all the more efficient and yielding, thanks to recombinant technology. New strains of bacteria and microbes have been engineered to produce better strains that can gobble on the pollutant material faster and in better proportions. Apart from bacteria, fungal genera are also used in bioremediation. This process is better known as mycoremediation.

Of course, this is better and can be further improved and much more polished for cleansing the environment. As already discussed, recombinant DNA technology is being used in many laboratories all over the world to find out which strain of bacteria or fungi would prove to be the biggest devourer of chemical pollutants. 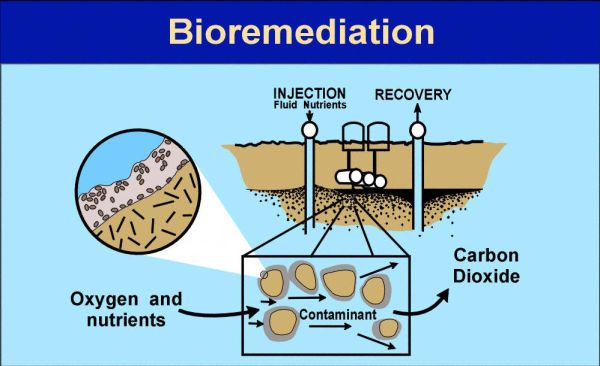 Every coin has two faces to show. Every light sheds a shadow and a white is always distinctly outlined by a black. Similarly, this technique also has certain drawbacks and negativities. Microbes are specific to the chemicals they feed on and are sensitive to others.

Naturally, it would require a zoo-full to degrade all the odd chemical pollutants that we artificially generate. The sad part is that those microbes that are easily accessible, are capable of degrading the smaller molecules. At the very best, they can degrade crude oil, which is there in tremendous quantities in oil spills. However, we need most of this marvel remedy for surmounting the blowing imbalance of hideous chemicals. These chemicals include radioactive chemicals, suffocating gases and cancerous metal remains in wastewater from factories. All we need to do now is to concentrate on how we can deal with these valuable chemical concoctions with our present collection of microbial fascinations.

We surely did not take on the pollution problem head on so that it can be avoided! It is however true that we are trying to do our best, and trust the research, even our microbes are doing their very best. One of the experiments that were conducted to find out how much of this shortcoming can be overcome was that of TNT reduction, in a free and bound state. It was found that it takes a considerably long time for bound TNT to get reduced than does free TNT. A complete reduction of TNT in the most harmless way would thus require the cocktail to be treated for an extended time periphery under anaerobic conditions.

We have already stated in the starting lines that microbes are highly adaptive. They can very naturally manipulate their DNA sequences and thus require close DNA monitoring to make sure that they are not getting mutated, considering that mutated versions might be harmful more than being useful. Further, experimental reliability and industrial applicability have a wide difference. At industry levels, productivity can very often get reduced depending on the condition under which the process is being carried on. Moreover, those who are freaks about time being precious, would certainly not take the idea of bioremediation. It is slow compared to the other synthetic reductive processes.

Only an extreme saint or a vigil criminal would ask for an explanation. We are so critical because we possibly have no way out. We have brewed out enough chemicals already and using more chemicals for the treatment of the surplus chemical pollutants would not be a wise idea. It would be better if we pass on the authority gain to Nature. Human health, life and lifestyle have already suffered a lot in the run to improve all the same. We can afford no further risks.

It is just one. Bioremediation is the process that could salvage humanity. It just needs to be improved and polished to make the earth become a living heaven.