The Airbus A320, weighing about 110,000 tons, produces up to 3MW of peak power as a combination of its weight and speeds each time it lands at an airport. This energy is wasted as heat in the disc brakes. A team of researchers at the University of Lincoln in UK have reported that this energy could be recovered as electrical energy for reuse, as in the regenerative braking systems used in hybrid cars. 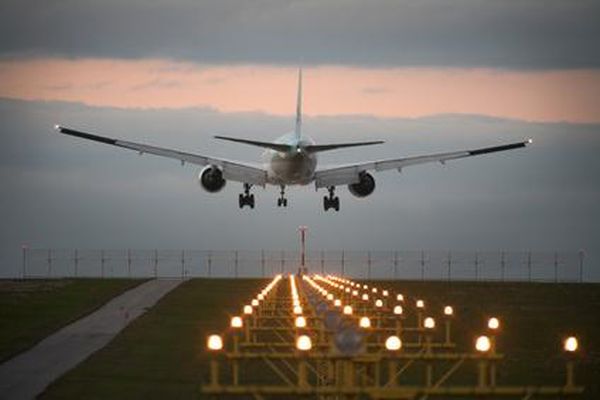 The team has established the feasibility of fitting electric motor generators in the plane’s landing gear. When the aircraft lands, the wheel mounted generators produce electricity to charge on board batteries. At the end of the landing procedure, the jet engines can be switched off and the aircraft would taxi to the terminal with the electric motors. The on board batteries can be recharged at the terminal from utility power for the aircraft to taxi back to the runway for its next take off.

Engine-less taxiing has been identified as an objective by the Advisory Council for Aeronautics in Europe ( ACARE). Taxiing to and from the terminal uses up about 5 million tons of aviation fuel each year, representing about 5 percent of all aircraft fuel consumption. The emissions from burning this fuel on the ground adds to air pollution and smog around airports. The high pitch aircraft engine noise is a major source of noise pollution. ACARE has examined several ideas for recovering power from braking energy for use in engine-less taxiing, but this work at Lincoln appears to be the first feasible proposition.

More work still remains to be done before this idea is implemented. The first major challenge is to determine the size and weight of the batteries and converters needed and the economics of carrying this weight on board the aircraft. Thereafter, there is the extended safety and reliability testing that is mandatory for all equipment used on board airplanes.

In a parallel effort at engine-less taxiing, Honeywell, the company that supplies Auxiliary Power Units (APU) to aircraft and Safran, the French company that makes landing gear have announced plans to develop an all electric APU. Aircraft APUs now use a small gasoline engine that provides the power to start the main engines and for feeding the lighting and air conditioning systems when the aircraft is on the ground. The Honeywell Safran project is aimed at developing an APU for narrow body short haul aircraft that will do away with the gasoline engine and instead recover brake energy from the landing wheels. This energy will be stored in on board batteries and will also serve to power the aircraft wheels for taxiing. An all electric APU could help offset some of the added weight. It could also help an aircraft push back from the terminal on its own power, eliminating the need for separate push back vehicles.