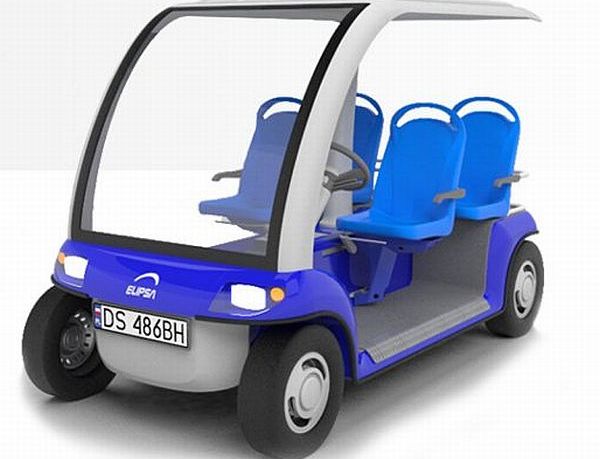 The rise in the cost of fossil fuel and the global rise in temperature are serious problems. These have made researchers and universities all over the globe work on affordable electric utility vehicle concepts that run on clean fuel. Sustainability is, in fact, a major theme at all the major auto expos. Elipsa is one such concept that made quite a buzz.

Read More: Can biofuels help us get rid of oil? 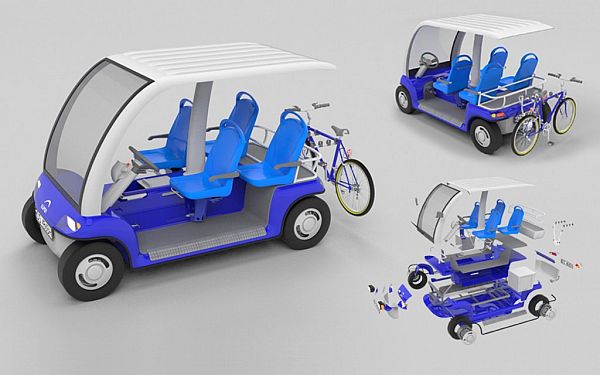 It seems that we will get rid of smoke belching vehicles in the future. Many companies are developing electric vehicles, which are eco-friendly and run on renewable source of energy. The latest to join (in near future) the go-green bandwagon is Elipsa electric vehicle, which promises a unique design. The concept car looks stylish and the designer claims that it has been developed keeping in mind the needs of the people.

Elipsa derives its name from the shape of the vehicle, which is a little similar to an ellipse. The design is different from all electric vehicles we have seen so far. Unlike other vehicles, which come in limited color options, Elipsa has a range of color options which will definitely attract buyers. The unique design will also help Elipsa gain popularity as we normally don’t forget things which are one-of-a-kind. 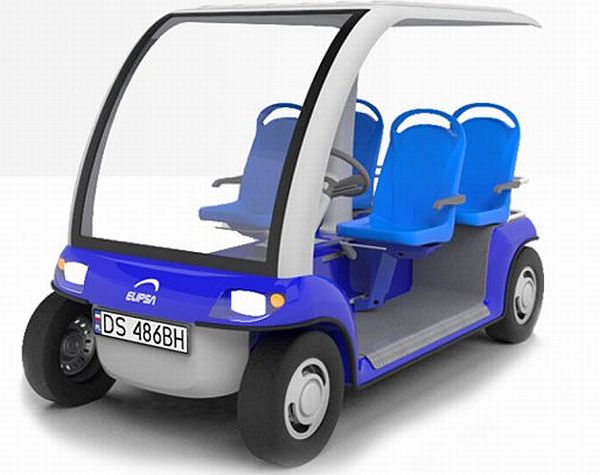 You need not worry about the durability of the vehicle as the company has used a light steel frame. We know that steel frame makes the vehicle more stable, which in turn assures the safety of the passenger. Steel also increases the resistance of the vehicle, which is again a good feature. One can utilize this vehicle for a wide range of purposes. So, I am sure that it will find takers at hotels and other places that need vehicles for short distance activities. 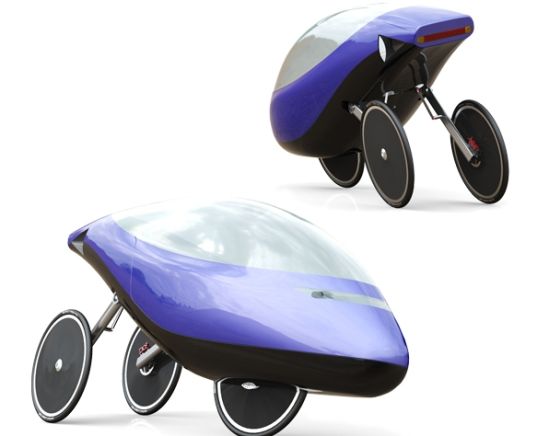 Tim Turrini-Rochford from the University of South Australia has created a conceptual vehicle that can end all problems associated with both motorized transport and bikes. Christened NoVelo, the vehicle is based on the body of a velomobile but features additional electric motors for high speed commutes.

The vehicle uses parallelogram linkage that allows it to tilt through corners. A small movement of the steering handle turns the front wheels that in turn changes the weight distribution and allows the vehicle to tilt on corners. This results in the NoVelo being able to corner faster and with more stability than current velomobiles.

The fairing uses a combination of a horizontal and vertical airfoil to better aerodynamics and allow the NoVelo to hit a top speed of 50kph using the built-in 300W hub motor. 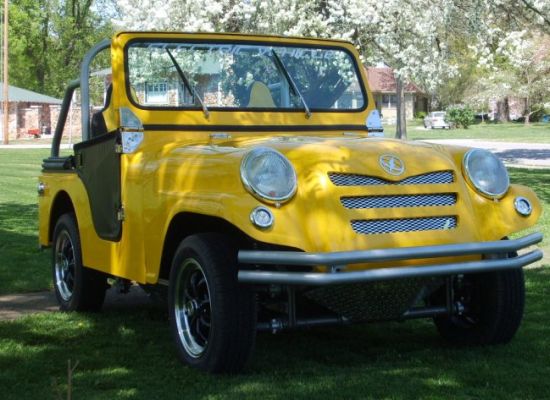 Electric Cars of Springfield, Ecos Motors, has unveiled its second electric utility vehicle after the Lamborghini-styled Harbinger. The newly launched vehicle, dubbed Fun seems to be inspired by the Jeep. It has been designed to offer a cost-effective EV to those who’re eagerly waiting for a zero-emission transport alternative.

This vehicle can deliver a top speed of 70mph with an operating range of about 100 miles between charges. The vehicle uses the customizable MiMod EV monitoring system from EV Instruments. It is an integrated system of sensors, monitoring logic and operational controls. You can customize these to suit any EV. 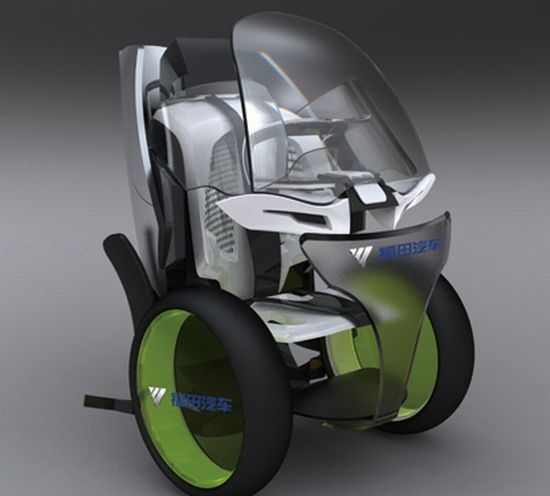 The Moovie is designed by designer Han Jing, a graduate from the School of Fine Arts, Tsinghua University. It is a modular vehicle that can switch between modes, two-wheel and three-wheel, to meet individual requirements. The vehicle has been designed to meet the requirements of urban commuters.

The zero-emission concept runs on an electric engine and gets smaller in two-wheel mode to move easily on cramped roads. When in this mode, the drive can drive in the intelligent automatic drive mode. This helps in controlling the distance between the vehicles and driving line. The three-wheel mode offers better performance and lets the user drive in high speeds. 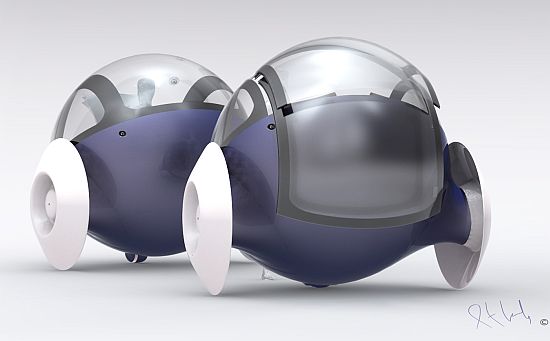 The EV 2020 is the brainchild of industrial designer Robin Long. He believes that the future needs vehicles that are clean, comfortable and can ease travel in congested cities. The design is conceived for the people on their commute into the city centers from the suburbs.

To ease the experience and make the commute more relaxing, the vehicle is autonomous. It is regulated by a bevy of sensors that deliver information. The onboard processor generates adequate information that allows the car to commute, unaided by the user.

The vehicle’s sill lowers itself by a set amount to ease entrance. The sill rises and lowers its front sill by utilizing pneumatic pressure. The vehicle uses NAV-i Driver system that makes uses of onboard sensors about the vehicle and GPS to autonomously drive the vehicle safely with no input from the driver.

The EV 2020 includes battery cells that are designed to be replaced rather than recharged when empty. Once the batteries run out, recharged batteries can be installed at stations dedicated for the job. 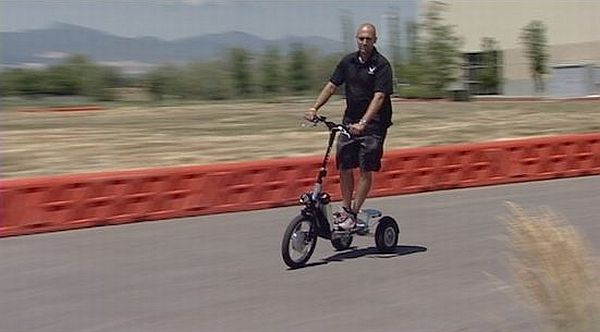 Lyric has named this bike as PTV – an acronym for Personal Transportation Vehicle, much on the lines of familiar terminology of automobile industry like SUV, RV, etc. Though this scooter is not a new thing in the European countries, it is for the first time that Americans will be able to enjoy a ride as the company has started its business in USA now with its first showroom at Draper city, Indiana.

The most striking part about this vehicle is that it is a foldable vehicle so there are no parking hassles attached. It can easily take you for biking on most of the hilly treks and can run easily off the road also. The vehicle is already gaining a lot of attention as it runs on lithium-ion batteries and has a mileage of 32-33 miles per charge. An alternative which is far more cheaper than the regular vehicles which run on highly priced gasoline.

You can maneuver the vehicle on roads while following the same traffic rules you follow while riding a bicycle. The vehicle is already getting attraction with various companies showing interest in the bike Lyric plans to open 100 dealerships of PTV in the US in next 3 years. The first store at Draper has already sold 20 vehicles. 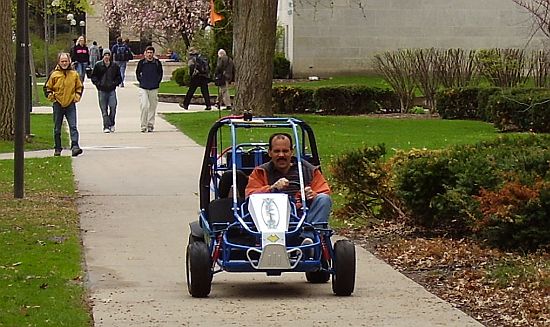 Students at the Electrical and Computer Engineering Department at Bradley University have jumped on the bandwagon by developing an all-electric two-seater street legal vehicle that will have sufficient range for a typical urban commute.

Known as the Micro Electric Urban Vehicle (MEUV), the car has a top speed of about 65mph, due to its lightweight construction. The car with regenerative braking capabilities to recharge the on-board batteries utilizing the energy generated during braking. The test platform developed by the team has a maximum speed of 30mph and can operate for multi-hour test runs.

The car is powered by an Interstate SLA1161 lead-acid battery that churns out 44Ah at 12V, which fuels a D&D Separately Excited 24-48V DC Motor. Built on an American SportWorks Vector Go Kart platform, the car is driven by a dual wheel chain drive and can carry a total weight of 300 lbs.