We all know the importance of electric cars for a green world of tomorrow and manufacturers have also been quick to pounce on the opportunity to design the best small cars for the global market. This shift in trend has seen results in the form of Renault Twizy and the Smart Car. The latest to jump on the bandwagon is Volpe by Zagato. 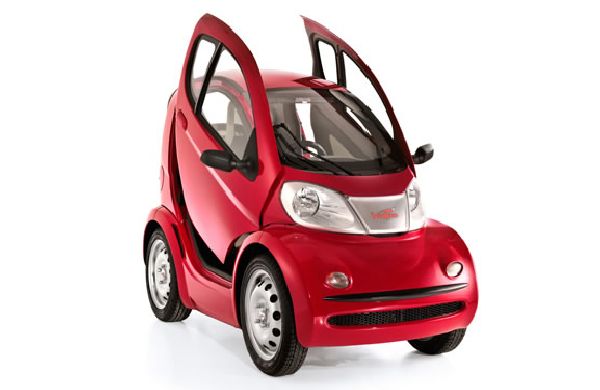 The Volpe, which could be considered a blend of a Jetcar and Renault’s Twizy, would be made available in two different eco friendly configurations. The first being an all electric model and the second with a range extended engine, something like the one present in Chevy’s Volt. The range extended version will be able to power itself with CNG or gasoline and the engine only kicks in when the battery level falls below a set value.

The fully electric version of the Volpe will be able to achieve a range of 60km, which we think is quite less than what the consumers are currently looking for. You might be able to solve the problem of your commuting to the nearest shopping store or your office, but just like the numerous other EVs on the market, fails to address the issue of ‘Range Anxiety’.

However, the hybrid version of the Volpe has some decent specs, as it is able to hit a respectable range of 360km with its range extended engine. While the all electric vehicle is expected to be available for Euros 6995, the hybrid will be costing about Euros 7950.

At this price both the versions are expected to hit a top speed of just 45kph, however for more enthusiastic EV lovers, the company plans to develop more powerful cars that will help you reach a top speed of 80kph, however, for that you will have to shell out an extra one thousand Euros.

The manufacturers claim that the car has successfully passed all safety and crash tests with the inclusion of optional features such as ABS and airbags. Emission rating is quite impressive with the hybrid version expected to emit a mere 35gm of carbon for every kilometer of the drive. As an added advantage, the car is so slim that you can theoretically park it in space reserved for two wheelers.