Cruise the city roads with the Ion urban road bike 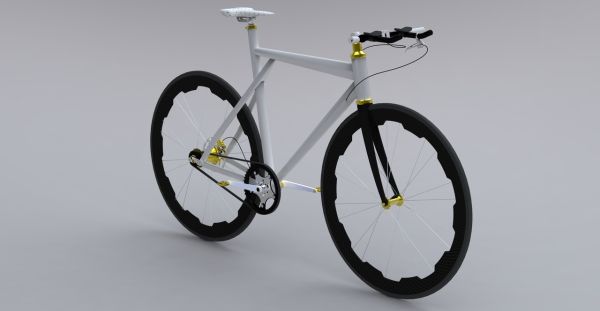 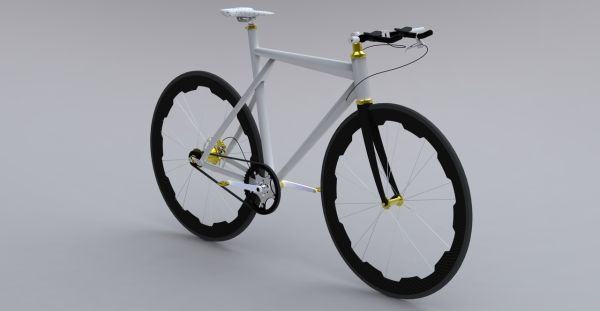 Bikes have been around since the 19th century, providing people with an Eco-friendly means of transport. Currently numbering twice as many automobiles in the world, they’re the perfect alternative for those who can’t afford fuel-powered motorbikes or cars. They’re great for the health too, allowing you to work out as you commute. Fun and trendy, bikes have undergone a massive transformation. Using the latest in technology and computer-aided design, we now have mountain bikes, hybrid bikes and cruising bikes, to name a few, although the basic principle of construction remains the same. One of the latest entries in the world of bicycles is the Ion urban road bike. Designed by Francisco Lupin of Argentina as an entry for the Seoul Cycle Design Contest 2010, the bike was created keep Seoul’s city roads in mind.

The frame of the Ion urban road bike (top elite model) has been cast out of carbon fiber. This means that strength to weight ratio is increased, giving it durability and ease of motion. The standard model has been made of hydroformed 7075 aluminum which gives the bike strength, lightness and rigidity.

Adding to its appeal, the Ion urban road bike requires zero maintenance. To achieve this, Lupin used a carbon belt transmission system which negates the need for lubrication. The result is a clean, light and very sturdy bike, perfect for those who need to commute to work and indulge in some exercise.

The Ion urban road bike is fitted with Rohloff’s innovative SPEEDHUB 500/14. This gives the bike a wide range of gears and high single gear ratios, all with low maintenance and reliability even under tough conditions.

What is great about the Ion urban road bike is that it suits men and women alike. The design is unisex, neither too masculine nor too feminine. Since it has been created specifically for city roads, you can get the maximum comfort riding one of these beauties. The cost of the Ion hasn’t been specified yet and it isn’t known whether it will continue to remain a prototype or go into mass production. So, if you’re a fan of the bike you’ll have to wait for further details.

Bicycles have remained a production success due to their ease in maintenance, zero emissions and health benefits. In fact, certain countries like Denmark have advocated that their citizens ride cycles to reduce carbon emissions. This has resulted in 36 percent of adults riding bikes to work daily or at least once a week.

The rise in cost of petrol and diesel has led many to switch to alternative modes of travel. The incidence of walking to work has reduced owing to time constraints so more people are investing in vehicles that can get them to their destinations without wasting too much time. And while hybrid and electric vehicles have begun to rise in popularity, maintenance is always an issue. That leaves the humble bicycle which can get you around with a minimum of maintenance, gives you great health boosts and helps you contribute your bit to the environment.