Burning agricultural waste out in open is harmful for environment. It’s the most common method to get rid of agricultural waste but it can turn green if it is done under right conditions by turning the farm waste into biochar, a form of charcoal, which can improve soil and seize carbon. In a normal fire carbon present in biological materials is forced to join oxygen producing carbon dioxide whereas in biochar system carbon ranging from 10 to 15 percent is stay put. To take advantage of this resource already available in your fields, innovators are helping farmers from Kansas to Kenya in creating stoves on farms. These stoves are simple and farmers can start using them now. In Kenya, a company named re:char is selling kilns for US$30 to the farmers for creating biochar whereas on the other side, David Yarrow, former Head of Northeast Biochar Association is working in Kansas with a farm to build a biochar system, which will also heat a green house. 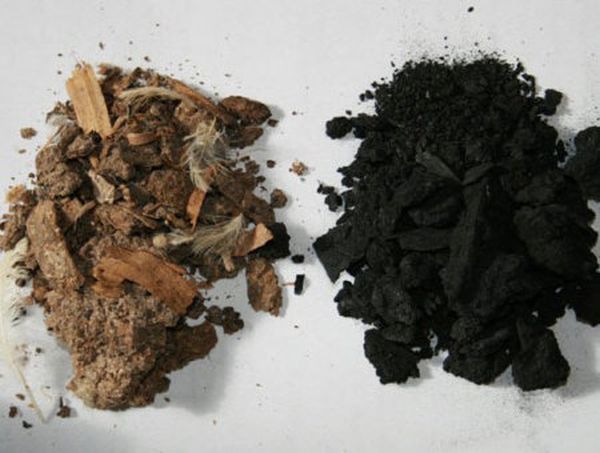 Biochar is easy to make by heating corn stalks, wood, manure and other different materials in oxygen less chamber. Good thing is that even if it is mixed with soil by farmers the carbon will remain stable and in ground for hundreds or thousands of years. The carbon which could have escaped into atmosphere is permanently captured by it and the environment of soil is made friendly for biological life. The communities of microbes and water that are beneficial for plants are retained in soil with its help. Nitrogen a necessity for plant growth is kept from leaching into ground water. Apart that, some of the carbon present in grass or wood turns into natural gas while turning into biochar. A biochar stove, which is well designed can capture this gas use it for heating feedstock until fully charred. The excess fuel can also be captured and channeled into heating system.

The bottom line is that biochar is a green way of disposing farm waste, which will increase crop production by making the soil more fertilized as well as provide energy. If we look back at the history, thousands years ago this technique was also used by Amazonian farmers for the preparation of thin soils for plantation.