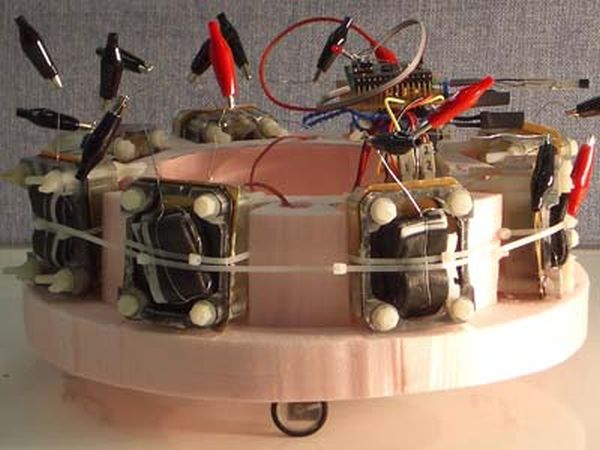 Do you know how green technology is going to revolutionize the entire world in near future? Well, researchers have been coming up with more and more environment-friendly robots in order to facilitate several important tasks of human. Here are five of them:

The concept of robotic predators was brainstormed by a group of engineers working in the Bristol Robotics Laboratory of the University of the West of England. At first, they came up with a prototype named ‘SlugBot’ that can grab hold of garden pests and convert them into fuel or energy through programming. The robot was capable of catching around 10 pests a minute throughout the night, stocking them up in a container, going back to the base of the storage place to recharge it, and finally, unloading the molluscs into a pre-decided place named ‘fermentation chamber’. There, the pests are transformed into biogas, which eventually fills up a fuel cell.

In Germany, ‘robot pigs’ or ‘sewage pigs’ are used for cleaning up the trash. These electric moles are powered fully by the solar energy. There are 4 wheels in the robot that help it truck through and dry up around 54 million metric tons of dirt as well as sewage. The device is produced by Thermo-System, and is widely used in various sewage treatment plants around the nation. The mechanical device comes at a very low price and emits only a little carbon.

Robotic submarines have gone advanced now with supple, programmed tentacles so that people can stay away from creatures like octopus and so on. Such electro-mechanical machine is called ‘roboctopus’. Each robotic tentacle of this device is made of four distinct cords which comprises electroactive polymers. When get in touch with an electric field, these unique limbs start flexing in a random way. Seafloor exploration is one of the most important tasks of this automated device.

Developed by theTriton Logging Inc., Sawfish is an extremely useful programmed submarine. When it comes to creating artificial lakes, nothing can be better than this electro-mechanical equipment.  There is no need of lots of lumbers, numerous sunken trees, etc. for creating a lake. The sawfish underwater lumberjack, which is basically a 7,000-pound submarine controlled fully by remote, simply connects airbags with large trunks of trees and starts sawing immediately.

This computerized machine can help us fight against global warming to a great extent. The idea of such a ship first came into the mind of Prof. Stephen Salter and Prof. John Latham. It can help human beings prevent any type of ecological disaster by turning down the terrestrial thermostat a few degrees.