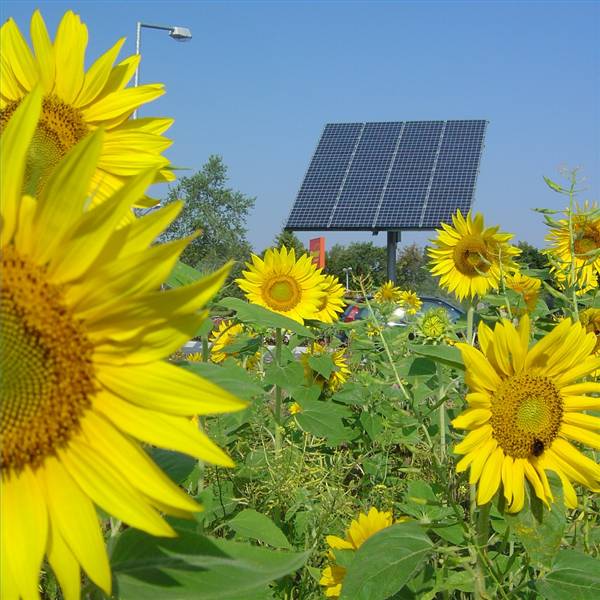 Solar energy is fast becoming the most sought after type of energy for electronic devices. Solar power harnessing is no longer restricted to calculators or projects, but found real life applications. Not only are these energy sources non exhaustible, they are also non-hazardous, unlike lead acid and even pencil cells that are hazardous in nature and pollute the environment. Moreover, the cost of photovoltaic cells – ones that are responsible for converting solar energy into electrical energy – has come down in the world market and are now produced in large quantities, opening up new vistas for experimentation and application.

Here we are discussing five Innovations in solar technology capable of changing the face of entertainment.

The first newest application of solar energy has been found in the smartphones – the world’s most selling electronic gadget. Using a third party product, one can convert the electrically charged battery into a solar energy charged battery. However, though this saves a lot of electricity, the extra products required for such a thing are large in size and quite heavy. Moreover, their performance and efficiency are still not up to the mark. Designing and testing are still going on so that one day, these photovoltaic cells will find their places in place of electrically chargeable batteries, without affecting the design, features and performance of the smartphone.

Just like the smartphones, MP3 players can also have photovoltaic cells replacing the traditional rechargeable batteries. What makes this prospect even more interesting is that these photovoltaic cells will not need a battery, which frees up space for addition of more circuitry that can be used to enhance the performance of the player or increase the storage memory to incorporate more songs, data and videos.

Solar energy may not need solar cells to be harnessed, but there are cases when it is not possible to run a device without power backup for long. Created for laser tag blaster by Wu Jian, this award winning concept talks about having two small solar panels exposed to the sunlight, while the third panel is used for power in the device. Once the power of this source runs out, wrap up one of the panels and put it inside the battery slot, and the operation of the device will continue. Such a concept is very useful during rainy seasons or nights.

The world is reeling in fuel crisis and planes are using enormous amounts of fuel continuously. In order to reduce pressure on the conventional sources of energy, photovoltaic planes are being tested in leading laboratories and industries. These planes will not work on photovoltaic cells, which may prove insufficient for operation. They, however, are using different technologies to harness solar energy for their operation. A Swiss company, Solar Impulse has come up with a plane that is light weight and operates on solar energy. What is so incredible about this plane is its ability to fly for 36 hours continuously, even when there is no sun in the horizon.

For those who love to sail on yachts and explore the seas, the world is trying to gobble them up. It is not the reason of jealousy, but the reason of useless fuel wastage for amusement. In order to reduce fuel consumption, some companies, like DSe, are trying to come up with solar-powered yachts. These yachts run on solar energy during daytime and diesel engines at nights. In this way, fuel can be saved for one half of a day, which is a significant amount. The main drawback about these models is that they are much costlier than an average yacht, making it nearly impossible for most of the people to lay their hands on these vehicles. Another company, PlanetSolar, has come up with a solar-powered yacht that can circumnavigate the planet.