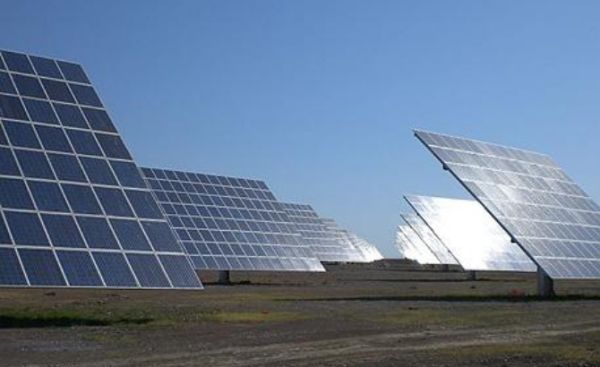 Our indiscriminate and ruthless use of exhaustible resources today is spelling out disasters which we witness in the form of natural calamities around us with a frequency much higher than ever seen in the past. However, nature is benevolent and still giving us a chance to mend our ways and rectify our follies by way of turning back to her for our needs; her bounty in the form of wind, water and solar energy being most revered blessings for us! Scientists of our times have been smart enough to take the cue and advance in the field of harnessing electricity, which is one of the essentials in our developed world, through the power of the sun- “Solar Energy”.

Solar Power is the process of conversion of energy from the sun to electricity. In this field we have traveled much, however, much remains to be explored yet. Sunlight is converted to electricity either by using photovoltaic or Concentrated Solar Power technique. Significant advancements and innovations have been made since the time we first tapped into this infinite power of the “Sun”.

Developed by the researchers at the Ohio State University, this technique emphasizes on the use of an amalgamation of ruthenium and titanium/zinc oxide particles that absorbed photons from the sun rays effectively and, when connected with nanowires, had the ability to conduct electricity.

2. Use of Photonic Crystals in Photovoltaics

StarSolar, a startup based in Cambridge, with the help of physicists from MIT, developed what are known as photonic crystals. Usually high quantity of silicon is used to harness the power of the sun, however, lot of photons are wasted and not absorbed in the process. The researchers developed a specific pattern of microscopic spheres of glass and placed it within a photonic crystal, which was further applied to the back of the solar cell, which instrumented the redirection of the unabsorbed photons from the sunlight back to the silicon.

Another advancement in the field was studied and developed by “Solient Energy” in the form of Heliotube. These panels had solar connectors or mirrors attached to them so as to be able to adjust and redirect themselves according to the best direction from where maximum sunlight can be absorbed.

4. Use of Copper Indium Diselenide in solar cells

Shell solar, one of the leading manufacturer of Photovoltaics, is developing modules called Shell Solar ST40, which have copper indium diselenide fitted on a glass back. It’s a semiconductor, which when exposed to sunlight, converts light into electricity much competently.

Researchers at New Jersey Institute of technology devised minutely thin solar cells made with the use of carbon nanotubes and carbon buckyballs, which could be painted on plastic sheets and be used instead of normal paints used in buildings.

A technique developed by Japan’s Clean Venture 21, makes use of spherical solar cells instead of the conventional rectangular ones. It provides a significant edge since spherical cells are more effective in absorbing light for all at any direction/angle.

Researchers from Israel’s Ben Gurion University have replaced silicon with gallium arsenide in their solar cells, which harness the solar power even more adequately when used in reflective dishes. Although initial investment is high, the return on investment in terms of generation of electricity is higher when compared to conventional methods.

Pokeberries, which can be easily grown, yield a red colored dye which when coated on fiber based solar cells absorb more sunlight.

These batteries are used effectively to store solar energy when the sun is hidden.

Although these are the initial small steps that we are taking towards bettering our future finally as is said, “Future lies in acting smart when we still have time and that will surely save our day, more particularly our earth”. The clearer our foresight is, the pleasant will be our future.