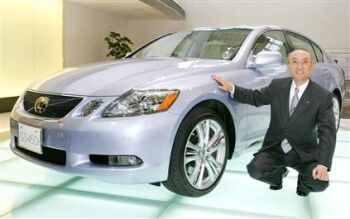 The first hybrid sedan has started its sell with Toyota Motor Corp. under the high-end Lexus marquee in Japan this Thursday. Toyota Motor informed that its domestic launch would be followed by a rollout next month in the United States.

The most expensive hybrid on the market, 2007 GS 450h also sets a record of sorts with a MSRP of $54,900. The company officials said that this latest hybrid defies the image that ecological vehicles can’t zip around powerfully like sports cars. Accelerating from 0-to-60 mph in 5.2 seconds, the hybrid should be ‘be as quick or quicker than every V8-powered competitor in its class,’ according to Toyota.