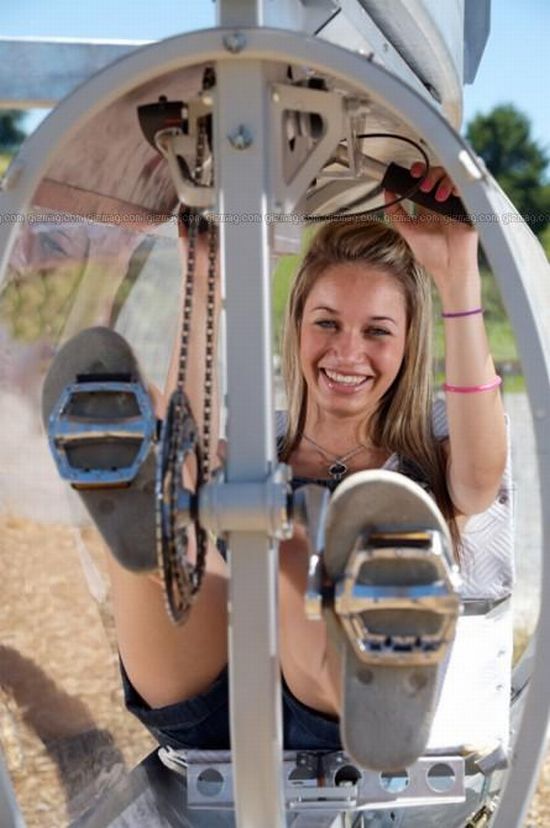 Pedal-Power is nothing new or revolutionary but this new fun way of using it is really cool and is an example of green fun at its very best. More than anything else maybe one day this could translate in to a way of public transportation. That would be highly unlikely considering the structural limitations, but with the way future cities are being planned it will not be al that unlikely either. 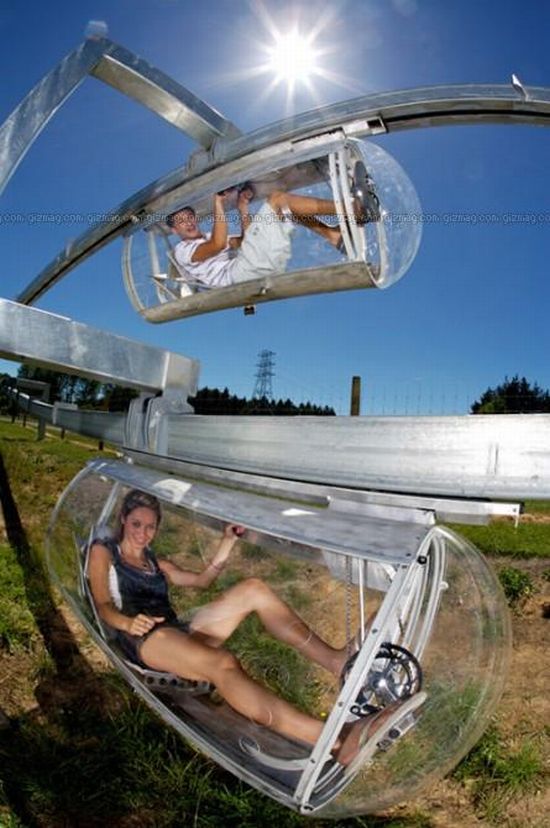 The Shweeb is a monorail for human-powered vehicles. It consists of two 200metre long overhead rail circuits that vary in height between two and four meters above the ground. Under the tracks hang high performance pedal powered vehicles. Conceived in Tokyo by designer Geoffrey Barnett, the adventure park ride he built in New Zealand is partially a proof-of-concept for an ingenious, high efficiency, no emission urban transport system. 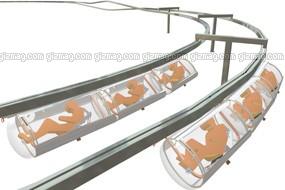 The Shweeb Race thru Space adventure park ride is part of the Agroventures all weather adventure centre within the grounds of the world famous Agrodome near Rotorua in New Zealand. Given the levels of adrenalin involved in that lot, the human-powered Shweeb surprisingly holds its own. As the bikes run on low-resistance tracks and the pods are far more aerodynamically efficient than a bicycle, with less frontal area, most riders can see speeds of 45 km/hr and on a longer circuit with a much longer straight, much higher speeds can be expected. In corners, the pods swing out as much as 60 degrees on tight turns. 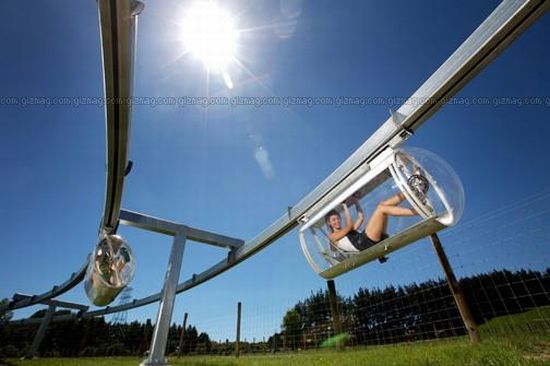 This form of fun is surely far safer than racing on bikes or cars and it is something that is innovatively new. It also is sure to keep your cardio in pretty good condition considering the kind of work out you would get from it! 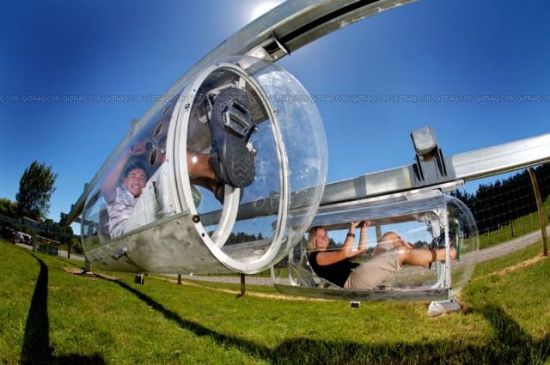