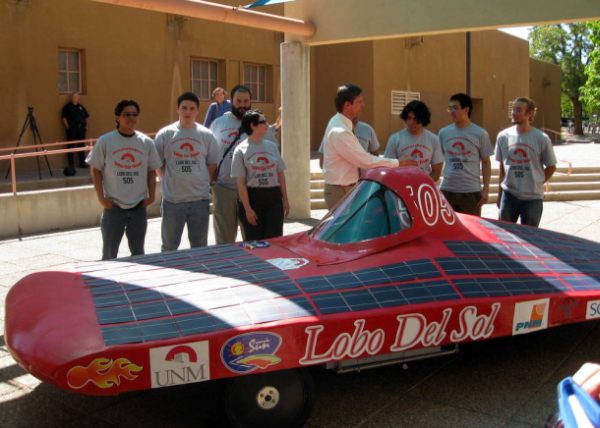 Around a dozen solar cars are all set to participate in Formula Sun Grand Prix organized at Indianapolis Motor Speedway from May 2 to May 7. This race is a part of American Solar Challenge. Such kind of races should definitely be appreciated and encouraged, as they help in increasing the popularity of solar cars. Use of solar cars can play a major part in decreasing pollution and saving our environment.

A team from the University of New Mexico is also taking part in this race with their new red solar-powered car called Lobo del Sol. This car has been hand-made by a team of 15 electrical, computer and mechanical engineering students in a period of about eight months. 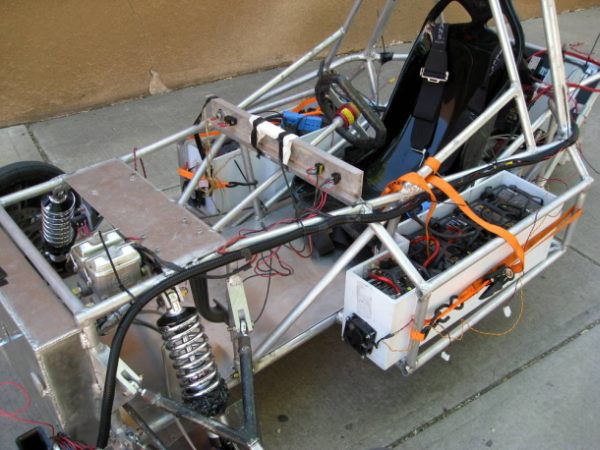 Lobo del Sol is a simple three-wheeled car with the electric motor of a scooter. Its body is made of a lightweight material called Nomex. The solar panels that have been installed in the car are attached on the surface, and have been donated by Schott Solar.

If you happen to look inside the hood of the car, you will find a series of batteries and a cockpit. The car is supposed to run with a speed of 60mph, but this can be confirmed only after it participates in the race.

This new red Lobo del Sol does not have any features like air conditioning, iPad connection, trunk, windshield wipers, air bags or a passenger seat. The most important feature is that it does not require fuel. Lobo del Sol is extraordinary in its own way. Though it is a long time since this car will be available in the market, it is the future of electric cars.